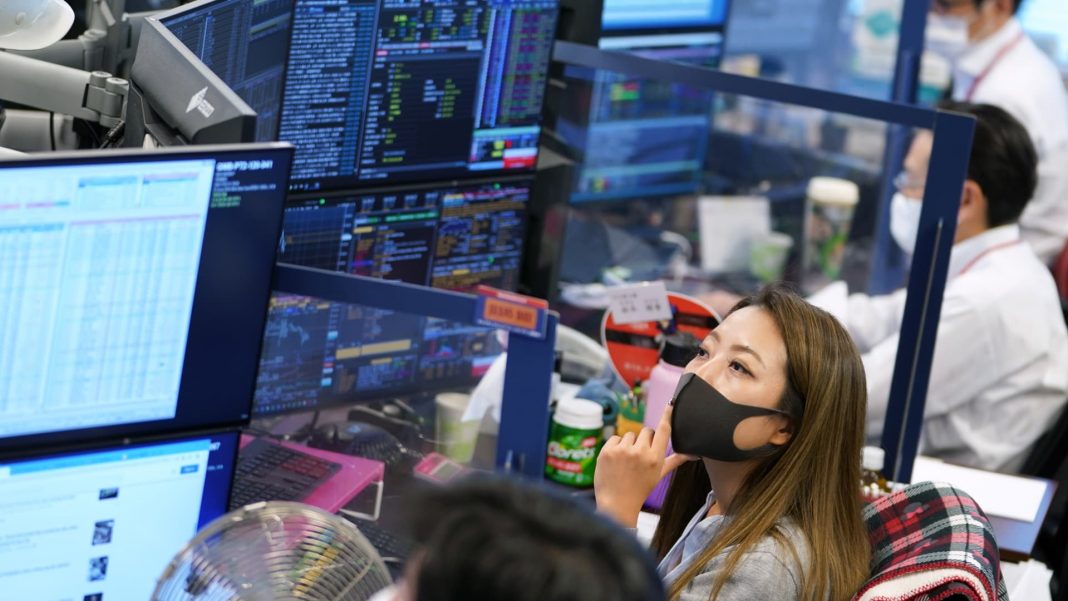 SINGAPORE — Shares in Asia-Pacific rose on Monday as investors look ahead to major economic data releases later in the week.

Regional investor sentiment on Monday may have been boosted by a relaxation of Covid controls over the weekend in the major Chinese cities of Beijing and Shanghai.

Several major data releases are expected later in the week. China is set to announce its official manufacturing Purchasing Managers’ Index for May on Tuesday, with investors looking for clues on the economic impact of Covid-related lockdowns on the mainland.

“For the week ahead, watch for the PMIs especially from China which may show a modest rebound from April’s slump but stay in contraction territory,” analysts at OCBC Treasury Research wrote in a Monday note.

U.S. jobs data is expected Friday. Markets in the U.S. are closed on Monday for a holiday.

The U.S. dollar index, which tracks the greenback against a basket of its peers, was at 101.535 following a recent drop from levels above 102.

The Japanese yen traded at 127.27 per dollar, stronger as compared with levels above 127.8 seen against the greenback last week. The Australian dollar was at $0.7178 after a climb last week from below $0.71.

Oil prices were higher in the afternoon of Asia trading hours, with international benchmark Brent crude futures up 0.26% to $119.74 per barrel. U.S. crude futures gained 0.4% to $115.53 per barrel.

Previous articleWynonna Judd Reflects on Mom Naomi Judd’s Death One Month Later – E! Online
Next articleMan Who Blamed Chiropractor For Worsening His Jaw Pain, Kills Him By Hitting Him in Jaw with Blunt Object
- Advertisement -