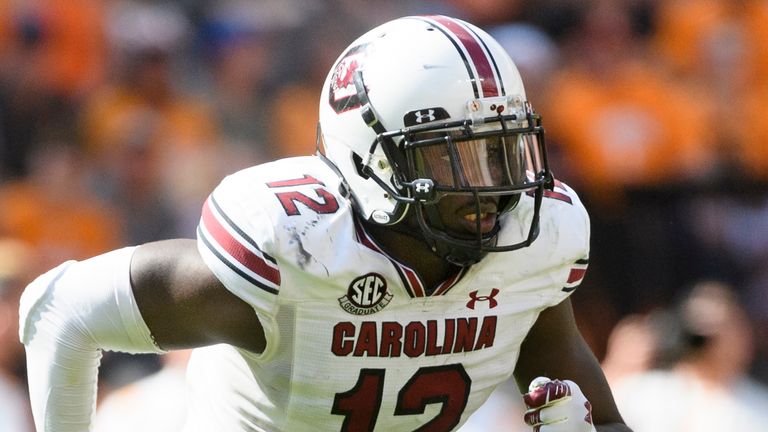 
Some of the best NFL Draft tales can be those unknown to us, and Jaylan Foster fits that bill after a toiling six-year college career that finally culminated in national recognition in 2021.

The South Carolina defensive back knew he would make it to this point, he was just unsure of how the route might look, which feels like the story of his career. A career built on patience and belief that his hard work would amount to something.

Foster was discouraged as he received just one FBS college offer coming out of Byrnes High School, eventually committing to small market Gardner-Webb due to Eastern Michigan being too far away. After one season he transferred to South Carolina as a walk-on, spending his time primarily as a special teams contributor and scout team player before earning his way to a scholarship and finishing his Super Senior season as a Walter Camp Second-Team All-American in the SEC after tying for fourth in the nation for five interceptions.

Six years later, he is on the brink of the NFL.

“It’s something I still can’t put into words, just looking back from Gardner-Webb, that summer going there and then now, things are completely different,” Foster tells Sky Sports.

“I don’t think I could have imagined anything like this to be honest with you. I always knew I wanted to go to the NFL but I never knew the journey would be like this. I’m grateful. I don’t take it for granted as well.”

Perhaps in keeping to his narrative, Foster was not invited to the NFL Scouting Combine earlier this year despite starring last season with 96 tackles, five interceptions and three pass defenses.

By now he knows all about proving himself, and plans to reward the faith of the team that picks him up this weekend.

“You’re going to get a ball hawk, a ball magnet, a guy who is going to fly around, 110 per cent every time,” he says.

Foster had flourished upon his arrival at Gardner-Webb as he was named Big South Conference Freshman of the Year after logging five interceptions and nine pass breakups. By then he knew he wanted the bright lights of college football.

“Many people don’t know that when I got to Gardner-Webb I didn’t start the first four or five games, I came in mid-way through the fifth or sixth game, then I started the rest of the season,” he explains.

“I thought I was having the normal redshirt year, but then somebody got hurt and I came in and the rest if history.

“After I did that I told myself ‘if I’m going to do it, I’m going to do it big, I want the whole experience of college football, the Saturday night atmosphere’, I always dreamed of it and believed I was capable of playing at that level.” 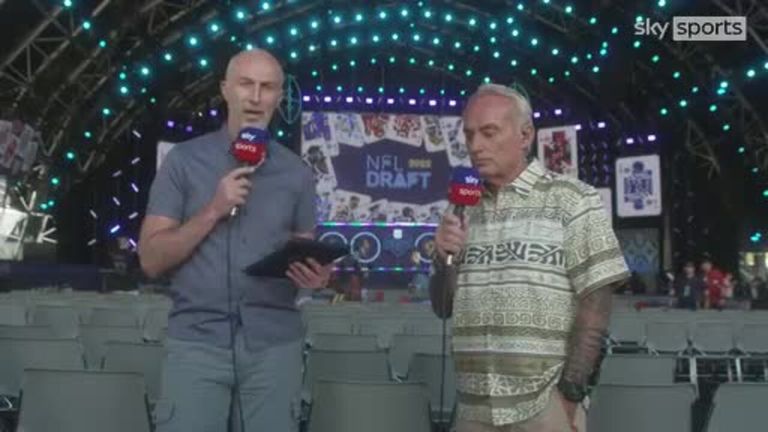 Jeff and Neil assess Marquise ‘Hollywood’ Brown’s trade from the Ravens to the Cardinals and how it affects star quarterbacks Kyler Murray and Lamar Jackson.

Jeff and Neil assess Marquise ‘Hollywood’ Brown’s trade from the Ravens to the Cardinals and how it affects star quarterbacks Kyler Murray and Lamar Jackson.

The more pressing task was convincing his parents of his decision to give up a scholarship and pursue his footballing dream as a walk-on in Columbia.

“My mum was the hardest most definitely,” he laughs. “My dad is a sports guy so he always believed in my ability, he knew I could do it. He wasn’t so hard to get on board but my mum was the one.

“You know how mums are, they don’t want anything bad to happen to their kids. She was like ‘ahhh I don’t know, are you sure?’ and I’m like ‘mum trust me, a few years from now we’re going to look back and say this was the right decision’.”

Foster has consulted with his mum and dad on most decisions throughout his career so far, and would attend church with them growing up to the extent they often hinted towards a very different future to football for their former choir boy.

“Dad always says something about me being a preacher because I loved dressing up, putting on a suit and going to church,” he jokes. “That was their little thing.

“They never pressured me to be that, they just told me whatever I want to do to just do it and make sure I give it my all.”

Foster says the only time he sings these days is in the shower or the car.

Following his transfer Foster’s resolve was tested by heavy special teams duties less glamorous than the pick-snagging role he knew he was capable of playing.

He worked with the scout team while sitting out his transfer sophomore year, before collecting two tackles in three games in 2018 and taking to the field in just three games on special teams in 2019.

“Really with special teams I always had the mindset of ‘whatever I have to do to get on the field I’ll do it,” he said. “It’s a mindset, it’s making sure that wherever you are on the field you’re giving it your all because you never know which play will determine your next step.”

Foster’s perseverance was recognised in fall camp when then-Head Coach Will Muschamp revealed in that he had been placed on scholarship, much to the delight of his teammates.

“I tried not to shed tears in that moment because I was with a bunch of my teammates,” he jokes. “The way those guys embraced me after the news, that’s the part that touched me the most, just seeing how much of an impact I was making on that team so all those guys could come sit around me and show me that love.

“That’s part of what meant most to me. Just seeing Jaycee Horn (Carolina Panthers cornerback), Shi Smith (Carolina Panthers wide receiver), Ernest Jones (Los Angeles Rams linebacker), a lot of those guys are in the league right now doing their thing, so to see I made an impact on those guys, for them to show me love like that, it’s a moment I won’t forget.”

He remembers excitedly calling his parents to tell them the good news, only for them to admit they already knew while being thrilled the secret was out.

Foster’s role expanded on the back of that as he played in all 10 games in 2020, collecting 43 tackles including a career-best nine against Georgia.

It paved the way for a standout Super Senior campaign as he became a semi-finalist for the Jim Thorpe Award, given to the top defensive back in college, as well as being voted by his teammates as the co-Outstanding Senior, the Most Inspirational Walk-On, the co-Joe Morrison Award winner as the MVP of the South Carolina defense and the co-Steve Wadiak Award winner as the Team MVP.

Among his highlights were two interceptions against eventual National Champions Georgia early in the season, and of course victory over North Carolina in the Mayo Bowl.

“My first interception against Georgia, that moment I felt momentum swing into my favour and that’s the play that turned me season to where it is,” he said.

“To do it on that stage against that opponent, that’s the moment my college career shifted. I remember on the sidelines somebody was like ‘you’re starting to make yourself a lot of money!’ and it’s not about the money but it feels good to see your hard work pay off.”

The day three/UDFA prospect would be asked in interviews with teams whether 2021 was a one-off. He assures them the best is to come.

He has taken the long winding road, but Foster is now hopeful of getting his shot in the NFL.