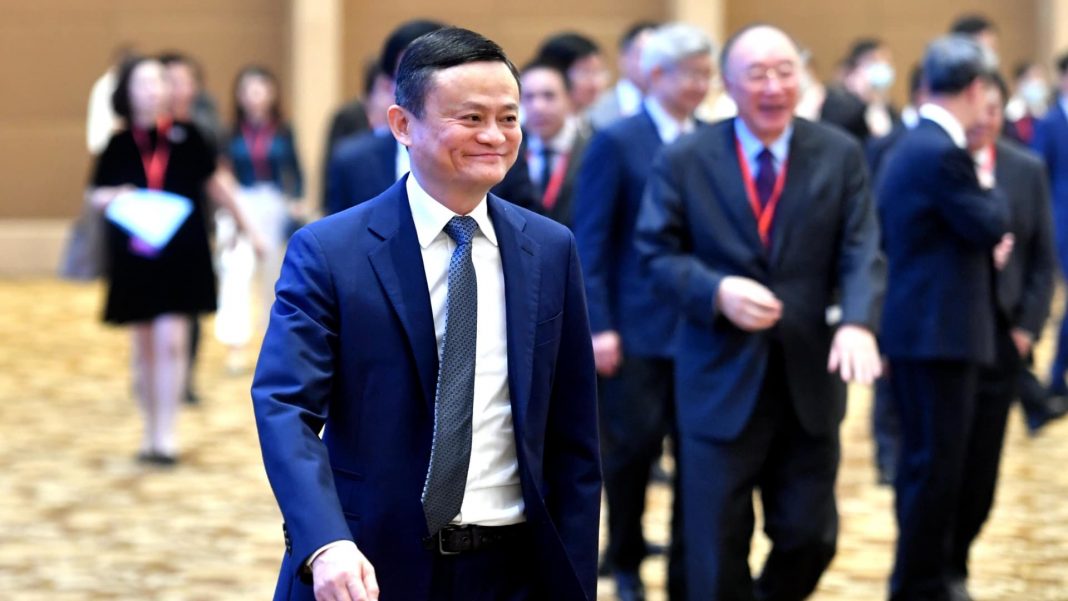 This photo from September 25, 2020 shows Jack Ma, founder of Alibaba Group, attending the opening ceremony of the 3rd All-China Young Entrepreneurs Summit in Fuzhou, Fujian Province of China. Alibaba is among the Chinese technology stocks recently upgraded by JPMorgan analysts.

JPMorgan has upgraded Chinese tech stocks on the back of diminished risks, just two months after calling the sector “uninvestable.”

Analysts at the U.S. investment have raised the ratings for the stocks of seven Chinese internet firms including Tencent, Alibaba, Meituan, NetEase and Pinduoduo from “underweight” to “overweight.” It indicates they believe these shares could outperform the average total return of stocks in the analyst’s scope of coverage over the next six to 12 months.

In a note published Monday, the bank’s China Internet analyst Alex Yao and a team said “significant uncertainties should begin to abate on the back of recent regulatory announcements” that came earlier than expected.

Digital entertainment, local service and e-commerce stocks will be “the first batch of outperformers,” the bank said.

“We think key risks to the sector have diminished, particularly in terms of regulatory risk, ADR delisting risk, and geopolitical risk,” the JPMorgan analysts said.

Back in March, Yao and a team said they considered the sector “uninvestable” for the next six to 12 months, a call that Bloomberg later report was published in error. JPMorgan’s Yao did not immediately respond to CNBC’s request for comment on the claims made in Bloomberg’s report.

Even before the bank’s March call, Chinese internet stocks were already taking a beating — hammered by months of regulatory uncertainty and worries over supply chain disruptions from the mainland’s strict zero-Covid policy.

The Hang Seng Tech index which tracks the largest Hong Kong-listed technology stocks has fallen more than 27% this year, as of Monday’s close.

The tech-heavy Nasdaq Composite on Wall Street has fallen more than 25%, as of Monday’s close.

Previous articleDerby County: Chris Kirchner set to officially take over as owner after exchanging contracts
Next articleRickie Fowler yet to make up mind over Saudi Arabia’s LIV Golf ahead of PGA Championship
- Advertisement -