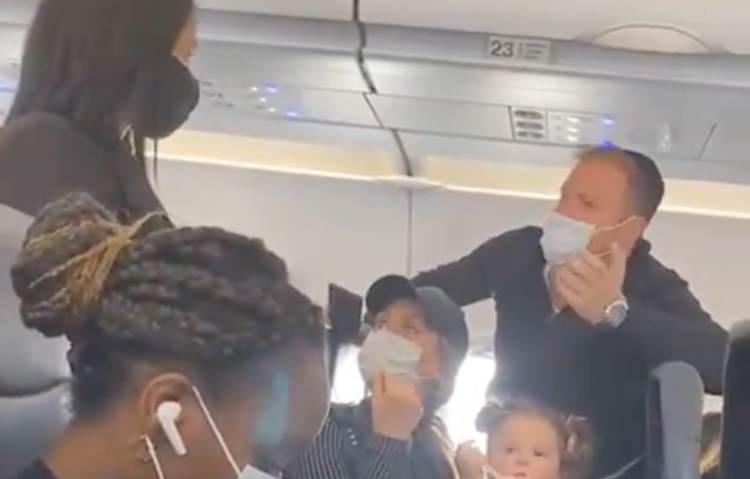 
The American people are growing increasingly tired of the restrictive Covid-19 public health measures they have been forced to live by for the past two-plus years during the pandemic. This ballooning pushback and the prevalence of the much less severe Omicron variant have even caused the ‘experts’ at the CDC to recommend against mask requirements for the majority of the country.

Plus, with the advent of war breaking out in Ukraine, the US establishment has completely kicked the covid narrative to the curb. So much so that satirical outlet, The Babylon Bee, put out an article with the headline “Putin Receives Nobel Prize in Medicine for Ending Covid Pandemic.”

The narrative shift has been that drastic.

Basically, the timing of the war couldn’t have worked out better for Big Pharma and the tyrannical public health regime, especially considering all of the damning information that is coming out about the experimental vaccines as of late – the walls are crumbling on the narrative, and they know it. So this was a perfect excuse to take a slight breather on the pandemic.

However, despite all of the recent confusion and controversy, the tyrants just can’t give up the sweet, sweet power that comes along with arbitrary restrictions so easily – It’s not in their nature.

With the expiration of Federal mask requirements for transportation, like airlines and busses, set for just a few days away, the Biden Regime is now gearing up to extend the mask mandate for at least another month as the ‘experts’ look for a way to reinvigorate the pandemic crisis once the Russia situation begins to resolve, according to new reports.

BREAKING: The Biden Administration will extend the transportation mask mandate by another 30 days, multiple industry sources tell CNN. It was set to expire March 18. pic.twitter.com/8IenmgI4zJ

Biden officials confirmed the administration’s plan to CNN on Thursday, saying that the restrictions will now run through April 18th, instead of the original expiration date in mid-March. The mandate applies to all public forms of transportation, such as planes, trains, buses, and even the facilities, like airports and bus stations.

During the extension, the federal public transportation mask mandate will be reviewed by public health ‘experts’ to determine what will happen once the additional period has ended.

Unsurprisingly, the official confirmed that the changes were being implemented because the so-called ‘experts’ – who have been reliably wrong on just about everything throughout the pandemic – are following “the latest science.”

An announcement from the Biden administration about the changes is expected soon.

“The requirement, which now extends to April 18, was previously set to expire a week from Friday, and the policy will be reviewed over the next month, the official said.

‘During that time, CDC will work with government agencies to help inform a revised policy framework for when, and under what circumstances, masks should be required in the public transportation corridor,’ the official said. ‘This revised framework will be based on the Covid-19 community levels, risk of new variants, national data, and the latest science. We will communicate any updates publicly if and/or when they change.’

Federal officials have notified stakeholders in the airline industry of the upcoming announcement, said two industry officials and a government official who spoke to CNN on the condition of anonymity because the policy had not yet been publicly announced.”