Kohl’s sale negotiations could drag on for weeks, possibly longer, amid market volatility 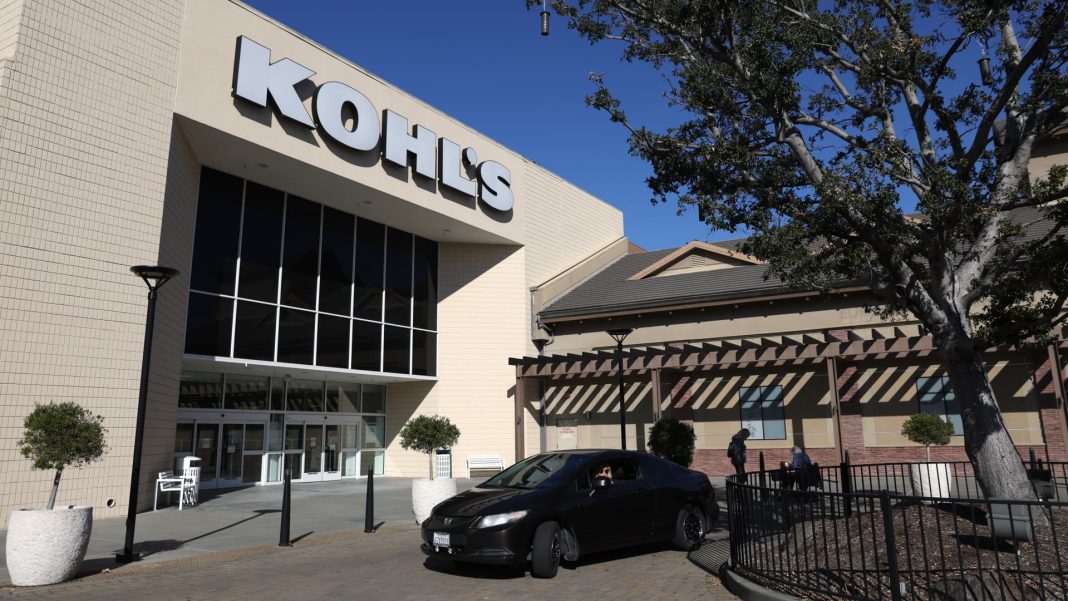 
The drawn-out bidding process for Kohl’s doesn’t appear to be coming to an end any time soon.

It could take several weeks, if not longer, for a deal to come together, a person familiar with the situation told CNBC. The dialogue has been particularly lengthy because of the difficulty in securing financing in uncertain market conditions, the person said, adding that a likely per-share deal price at this point would be in the mid-$50s.

“Anybody who buys the business is going to need time,” said the person, who requested anonymity because the discussions are private and ongoing. “Nobody is prepared to sign a deal right now.”

The Wall Street Journal reported Thursday evening that private equity chain Sycamore Partners and retail conglomerate Franchise Group have both submitted their bids to acquire the off-mall department store chain. It’s unclear whether any other parties are interested at this time, the Journal said. About two weeks ago, Kohl’s CEO Michelle Gass said final and fully financed bids from possible buyers were expected in the coming weeks.

This saga at Kohl’s has been playing out for more than half a year, which deal experts describe as an abnormal amount of time.

The off-mall department store chain was first urged in early December of 2021 by New York-based hedge fund Engine Capital to consider a sale, or another alternative to boost its stock price. At the time, Kohl’s shares were trading around $48.45.

In mid-January, activist hedge fund Macellum Advisors then pressured Kohl’s to consider a sale. Macellum’s CEO, Jonathan Duskin, argued that executives were “materially mismanaging” the business. He also said Kohl’s had plenty of potential left to unlock with its real estate.

That was enough for the retailer to get serious about its options. In early February, Kohl’s said it had brought on bankers at Goldman Sachs and PJT Partners to help the retailer field offers and also to make some outreach.

Kohl’s also that month deemed that an offer from Starboard-backed Acacia Research, at $64 a share, was too low. That offer valued Kohl’s business at about $9 billion.

Kohl’s probably wishes it had taken that offer, according to Brian Quinn, a professor at the Boston College Law School who specializes in mergers and acquisitions.

“The stock price that they thought internally they could maybe hit, that no longer looks reasonable,” he said. “My guess is that if you had told the board [at Kohl’s] what would happen in the marketplace in April and May, they would have sold the company.”

“But the thing is, nobody knew what the future was going to bring,” he added.

A cool start to the spring coupled with a softening consumer appetite for discretionary items amid rising inflation weighed on Kohl’s financial results for the three-month period ended April 30. Sales fell to $3.72 billion from $3.89 billion in 2021. Kohl’s also slashed its profit and revenue forecast for the full fiscal year.

“It’s as if you were going to buy a house,” he said. “And as you’re talking to the seller, or the seller’s agent, the roof collapses. This is a very dynamic process in terms of negotiating.”

At one point, Simon Property Group, the biggest mall owner in the United States, was reportedly in the mix of potential bidders for Kohl’s. But a person familiar with the situation told CNBC last month, after Kohl’s dismal quarterly report, that Simon was not preparing a bid.

Quinn said that Kohl’s board of directors might end up balking at the lower-priced bids and not end up pursing a sale of the company after all. “And they might just not sell the company because of the current state of the market,” he added.

Sliding stock markets, supply chain headaches, surging interest rates and the war in Ukraine have combined to stifle deal-making and IPOs in the retail sector so far this year.

Experts say it’s unclear when that could pick back up. The consensus seems to be after Labor Day. For Kohl’s, the best bet might be to stall for as long as possible.

“Kohl’s probably did receive two bids, but it doesn’t like either one and it isn’t ready to say so with the market so unsettled,” Gordon Haskett analyst Don Bilson wrote in a research note. “That, as much as anything, explains why it may be bidding for more time.”