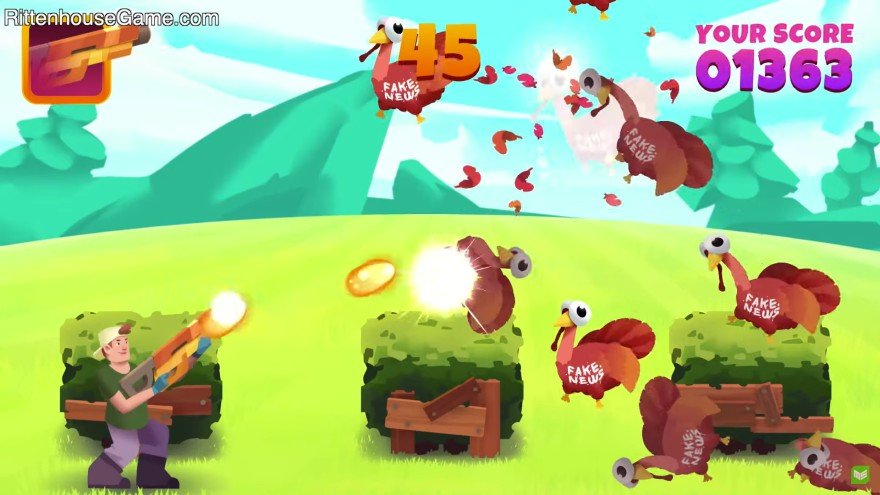 On Thursday, Kyle Rittenhouse released a video game allowing players to take aim and shoot at turkeys representing the “fake news media,” with proceedings allocated to a fund created to sue media outlets for defamation.

Proceeds for the game will go to his Media Accountability Project, an initiative Rittenhouse started that aims to file defamation lawsuits against numerous media outlets he believes defamed him with their coverage of his actions during the 2020 riots in Kenosha, Wisconsin.

Rittenhouse tweeted that his new video game is intended “to fight back against the fake news!”

I am releasing a video game to fight back against the fake news!

In a promotional video for his new digital game, Rittenhouse says, “Hi. I’m Kyle Rittenhouse. You might know me as the guy who was recently acquitted from all charges in the Kenosha self-defense case. From the very beginning, I did nothing wrong. But that didn’t stop the media from smearing my name.”

TRENDING: BREAKING: Senate Votes 65-33 to Approve Gun Control Legislation and Red Flag Laws – Here are the 15 Republicans Including Mitch McConnell Who Caved and Voted with Democrats

“It’s time to fight back against the fake news machine,” he said.

“This is why I’m launching… The Kyle Rittenhouse Fake News Turkey Shoot video game. The media is nothing but a bunch of turkeys with nothing better to do than to push their lying agenda and destroy innocent people’s lives,” the teen continued.

“So go to RittenhouseGame.com and pre-order the game now and help me FUND the lawsuits to stop these fake news turkeys!,” he added.

Gaming developer Mint Studios created the game. It is listed for sale on Rittenhouse’s website for $9.99.

An animated version of the teen is displayed as the game’s main character, shooting up turkeys with labels such as “Fake News” and “MSDNC” – a moniker for MSNBC used by conservative politicians and news organizations. The sarcastic renaming of the network originated during former President Trump’s time in the Oval Office.

“We had to step in to help Kyle after we saw what was done to him,” Mint Studios CEO Mint Chip told the Washington Examiner.

Rittenhouse, 19, was acquitted last November after shooting dead two white men and injuring a third in Kenosha, Wisconsin. The shootings occurred during the protests and riots following the shooting of a black man, Jacob Blake, by a local white police officer.

Previous articlePUBG Deston Map Release Date – How to Unlock this New Map – PUBG PC LITE
Next articleThe US Supreme Court has overturned Roe v. Wade. What does that mean?
- Advertisement -