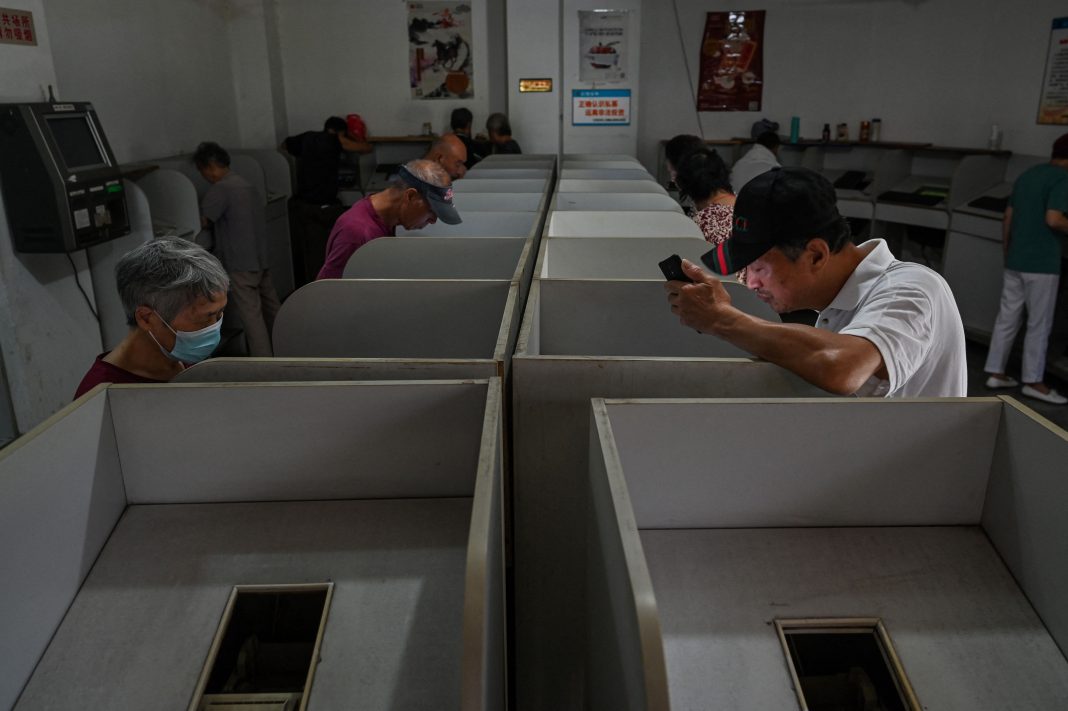 SINGAPORE — Shares in mainland China and Hong Kong led losses in mixed Asia-Pacific trading on Wednesday as investors continue to assess the potential economic ramifications of the ongoing war in Ukraine.

The Shanghai composite in mainland China fell 3.43% and the Shenzhen component declined 3.952%. The CSI 300 index, which tracks the largest mainland-listed stocks, dropped 3.51%.

Official data released Wednesday showed China’s producer inflation rising in February, with the producer price index increasing 8.8% year-on-year for that month. The February data compared against January’s 9.1% on-year rise, and was close to expectations of analysts in a Reuters poll for a 8.7% gain.

Meanwhile, China’s consumer price index for February rose 0.9% as compared with a year ago, unchanged from the growth in January and inline with expectations from a Reuters poll.

“Chinese markets are retreating today, likely driven by several factors,” Jeffrey Halley, senior market analyst for Asia-Pacific at Oanda, wrote in a note. “The sharp rise in commodity prices, [producer price index] hitting 8.80% this morning. The creeping number of Covid-19 cases on the mainland, with Hong Kong slumping under the caseload. Also reports that local governments are under budget stress will not be assisting sentiment.”

Elsewhere in Japan, the Nikkei 225 dipped 0.3% while the Topix index was fractionally lower.

Markets in South Korea are closed on Wednesday due to the country’s presidential election.

Oil prices jumped to their session highs on Tuesday after President Joe Biden said the U.S. will ban imports of Russian oil, a further escalation in the international response to Moscow’s invasion of Ukraine. The United Kingdom also announced its own plans to phase out its reliance on Russian oil imports by the end of the year.

Investors in the region continued monitoring oil prices on Wednesday, which rose in the afternoon of Asia trading hours.

The Japanese yen traded at 115.77 per dollar, weaker than levels below 115.2 seen against the greenback earlier this week. The Australian dollar changed hands at $0.7277, having declined from above $0.738 earlier this week.