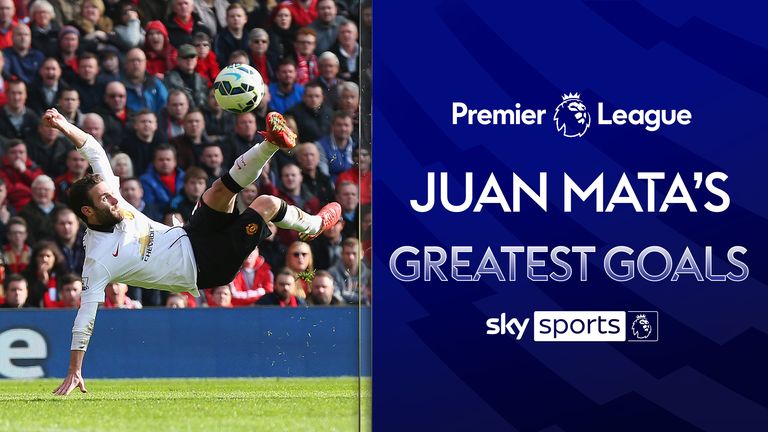 
Juan Mata will leave Manchester United after eight years at the club when his contract expires at the end of the month.

The 34-year-old was signed by David Moyes from Premier League rivals Chelsea in January 2014 and went on to make 285 appearances for United, scoring 51 goals.

Mata’s first trophy at Old Trafford was the 2016 FA Cup under Louis van Gaal, while he also helped the side to the Europa League and League Cup under Jose Mourinho the following season.

In a statement confirming his departure, United said: “Thank you for dedicating eight years of your career to United, Juan. Everyone at the club wishes you all the best for the future.”

Mata struggled for games under both Ole Gunnar Solskjaer and Ralf Rangnick this season, making just 12 appearances in all competitions.

The Spaniard will exit the club along with Paul Pogba and Jesse Lingard, who United announced would also be leaving at their end of their contracts on Wednesday.

United academy graduate Pogba left Old Trafford to join Juventus as a free agent in 2012, only to return four years later for a then world-record fee of £89m, while Lingard will end a 20-year association with the club.

Dharmesh Sheth reveals Manchester United have had initial talks with Barcelona about Frenkie de Jong, one of several midfielders they are looking at as Paul Pogba departs the club

The departures of Mata, Pogba and Lingard come at the same time as Erik ten Hag takes over as the new manager at United after leaving Ajax.

Ten Hag will attempt to revive the fortunes of a side that slumped to sixth in the Premier League this season, and one of his first acts has been to make a move for Frenkie de Jong, the Barcelona midfielder who played under him at Ajax.

United have held initial talks with Barcelona over the signing of De Jong, who is one of a number of midfielders United are looking at.

Sky Sports News has been told a deal is not close as there would be “significant obstacles” to overcome – notably a fee and the will of the player.

De Jong is a player Ten Hag rates highly. The Netherlands international was part of the Ajax side that won the 2018/19 Eredivisie title and reached the Champions League semi-finals.

However, the 25-year-old, who has made 139 appearances for Barcelona, is reportedly reluctant to leave the Nou Camp this summer.

Who will be on the move this summer when the transfer window opens on June 10 and closes at 11pm on September 1?

Keep up-to-date with all the latest transfer news and rumours in our dedicated Transfer Centre blog on Sky Sports’ digital platforms. You can also catch up with the ins, outs and analysis on Sky Sports News.