Maryland residents question American energy independence: ‘Why can’t we produce our own oil?’ 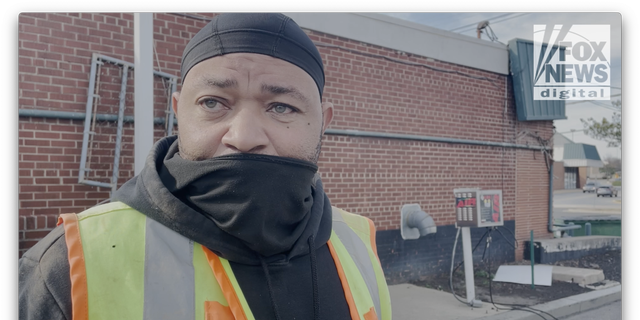 Following President Biden’s sanctions on Russian oil and natural gas imports over Vladimir Putin’s war in Ukraine, gas prices across the U.S. skyrocketed. The national average price for a gallon of regular gasoline hit $4.252 on Tuesday, setting a record high, according to AAA.

“Let’s get rid of depending on other countries for oil. If it’s going to affect your population like this,” a man named Robert told Fox News in a Maryland suburb of Washington, D.C.

“If the gas prices go lower, the economy would be better,” Richie, a Maryland resident, said. “Everybody can work, trucks will be moving, food will be cheaper and things will be a lot better.”

“We’re not getting our gas from here, we’re definitely getting it from other countries,” a mother named Kay told Fox News.

“We have the tools to provide [oil] for our own country,” she continued.

US COULD INCREASE GAS EXPORTS TO HELP EUROPE MOVE AWAY FROM RUSSIAN ENERGY, CEO SAYS

‘We shouldn’t be dependent’

“We shouldn’t be dependent on another country for our gas,” another man named William said.

Oil and gas products used by American consumers should be made here in the U.S. instead of Russia, he added.

William, a driver for a ride-hailing service, fuels his vehicle before work.
(Fox News Digital)

The U.S. imported nearly 700,000 barrels of oil a day from Russia last year, according to statement the White House.

Another Maryland man said, “We’re going to change our way of thinking because right now, you’re coming out with your pockets drained.”

‘Why can’t we produce our own oil?’

“This Keystone pipeline, it runs from Canada all the way down through here. Why can’t we produce our own oil?” Richie asked. “Why do we have to buy anything?”

Workers make sure each section of the Enbridge replacement Line 3 that is joined passes muster in Superior, Wisconsin, Aug. 21, 2017.
(Associated Press)

“Increase our environmental standards, make sure they’re enforced and pump our own oil,” Richie continued.

AMERICANS REACT TO RECORD GAS PRICES: ‘YOU CAN RUN, BUT YOU CAN’T HIDE FROM INFLATION’

The average price of diesel fuel in the United States reached $5 per gallon on Wednesday, according to gas price tracking service GasBuddy.

Robert said: “If you got to drill more, drill more, but do it with a means to an end and make sure that your people are not going to suffer.”

Another resident, Josh, said Biden has an opportunity to help alleviate the situation.

“We have like supposedly a 100-year oil supply of our reserves. If he wanted to, he could very well tap it” he said.

The White House already stated that the Strategic Petroleum Reserves have been tapped.

“We should drill our own, but I think we need to just lean away from gas all together with our automobiles,” Seitu said. “I mean, with the electric cars and battery-powered cars, I think that’s going to be the new way.”

Adam Sabes contributed to this report