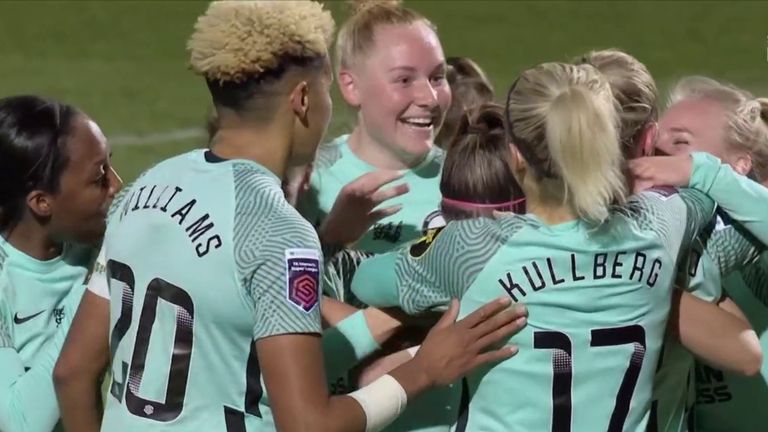 
Chelsea midfielder Melanie Leupolz will not play again this season after announcing she is pregnant, the club have confirmed.

The 27-year-old Germany international will continue “light training” in the coming months, the club revealed, but will not be available to play for the reigning Women’s Super League champions.

A club statement read: “Melanie Leupolz announced the happy news of her pregnancy to staff and team-mates at the club.

“Leupolz, who has been with the club for two years, will continue to be supported by the club’s medical staff in the coming months as she continues light training. However, she will not feature in fixtures for the rest of the season as she prepares for her new arrival.

“We look forward to welcoming Melanie back following her maternity leave and we are excited to welcome a new addition to the Blues family.”

The news comes after the FA and PFA unveiled sweeping reforms to the women’s game in February which included the adoption of a comprehensive Family Leave Policy, which provides additional protection to players if they have children during their career.

The PFA has warned there is much work to be done to achieve parity between female players and their male counterparts after securing ‘significant policy changes’ that will apply to players across the Women’s Super League and Women’s Championship.

Under the new policy, players going on maternity leave will be entitled to 14 weeks at 100 per cent of their regular salary and any additional remuneration, before reverting to the applicable statutory rate.

Previously, any enhancements had been at a club’s discretion, with the standard minimum being statutory maternity pay.

Even then, a player had to have been with a club for a minimum of 26 weeks to qualify – under the new policy, there is no minimum qualifying period.