Mila Kunis and Ashton Kutcher give update on Ukraine fundraiser 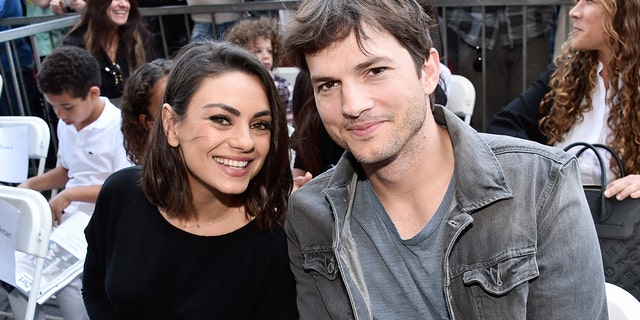 Mila Kunis and Ashton Kutcher revealed they are halfway to their fundraising goal as they raise money for the people of Ukraine.

Kunis, who was born in Ukraine and moved to America shortly after the Soviet Union fell, and Kutcher gave followers an update on the amount of funds raised and how the money would be used. The couple’s goal is $30 million.

“We just wanted to give you a quick update as to where we stand with the fundraising. We’re halfway through,” Kunis revealed in the video. “We’re super-excited, and we want to say thank you to each and every single one of you. It’s been an incredible past 48 hours.”

Mila Kunis and Ashton Kutcher revealed they have raised half of their donation goal for the people of Ukraine.
(Alberto E. Rodriguez/Getty Images for Disney)

Kunis and Kutcher were joined by Ryan Petersen, the creator of Flexport, and Brian Chesky, CEO of Airbnb.

The two spoke about how the funds raised would be allocated.

More than 30,000 people have contributed to the fundraiser, according to Kutcher. Reese Witherspoon commented on the original fundraising announcement revealing that she had participated.

“We’re halfway there. We’re at $15 million, and we’re heading to $30. We’re going to make this happen,” the actor said. “There are some problems in the world that take a village to solve, and there are other problems that take the rest of the world. This is one of those other problems.”

More than $16 million of the $30 million goal had been raised at the time this article was published.

Kutcher and Kunis pledged to match donations up to $3 million.
(Photo by Miikka Skaffari/Getty Images)

Kunis and Kutcher launched the fundraiser on Friday.

“Today, I am a proud Ukrainian,” Kunis wrote in the description of the GoFundMe fundraiser. “While my family came to the United States in 1991, I was born in Chernivtsi, Ukraine in 1983. Ukrainians are proud and brave people who deserve our help in their time of need. This unjust attack on Ukraine and humanity at large is devastating and the Ukrainian people need our support.”

Kutcher and Kunis pledged to match up to $3 million of the fundraiser.

Kunis was born in the Ukraine and came to the United States with her family shortly after the Soviet Union fell.
(Reuters)

The attack has prompted 1.7 million Ukrainians to flee the country.