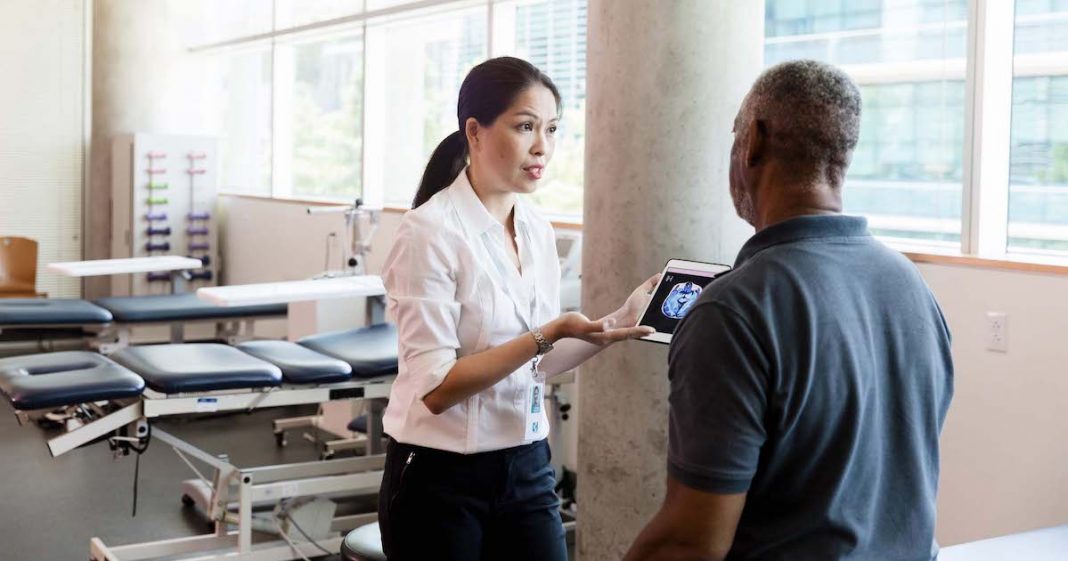 Under the partnership, Mount Sinai will use MindMaze’s software and hardware to provide an outpatient rehab program followed by home-based digital care, assessment and monitoring. The health system and the startup will use data generated from the program to determine its effectiveness and its potential to scale.

“MindMaze develops digital neurotherapeutic solutions designed to elevate outcome expectations today and to accelerate the future of cognitive recovery and care. This partnership allows us to work with a world-class partner to develop evidence-driven implementation models to scale our technologies in a seamless and cost-effective way,” Dr. John Krakauer, chief medical director for MindMaze, said in a statement.

“Importantly, the collaboration will enable access to technology for patients to train intensively in the vital window of brain plasticity while extending training opportunities post-stroke.”

Founded in 2012, the Swiss startup offers products like MindMotion Go and MindMotion Pro. The Pro product, which received FDA 510(k) clearance in 2017, is intended to be used in a clinical setting for tracking upper-extremity rehab in adult patients. The Go system received a 510(k) the following year. It’s aimed at rehab in clinics and in the home.

MindMaze has recently scooped up new venture capital dollars. In October, it announced it had raised $125 million to speed commercialization and access to its products, particularly in North America and Europe.

Months later, the company revealed a $105 million raise. It also said it would partner with the American Hospital Association.

Another company focused on using tech for neurological and musculoskeletal rehab is GripAble, which offers a handheld device that can be used to assess grip strength and for games that train arm and hand mobility. The London-based startup raised $11 million in Series A funding earlier this year, and recently received an £800,000 grant alongside Imperial College London.

MedRhythms makes prescription digital therapeutics focused on neurological conditions. In the spring, the startup announced a partnership with pharma company Biogen to develop and commercialize its MR-004 product, which aims to improve mobility for people with multiple sclerosis.

Previous articleReport: Telehealth accounts for about 10% of outpatient visits
Next articleCan Public Regionals Grow Their Way Out of Financial Trouble?
- Advertisement -