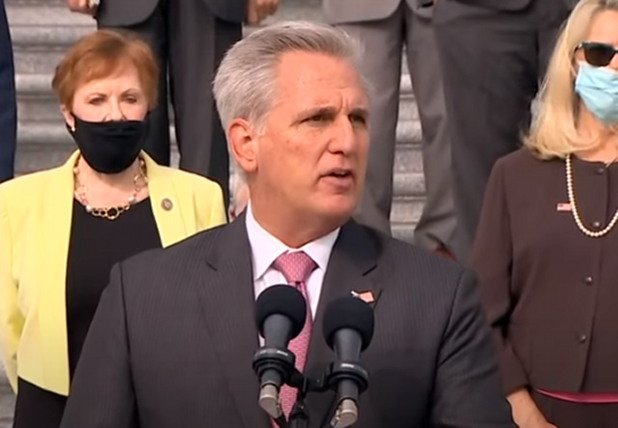 
The 2022 midterm elections keep looking worse for the Democrats.

Not only have over 30 Democrats already announced they won’t seek reelection, but a new poll indicates that Republicans have now moved to a historic lead.

If this situation holds, the midterms are going to be a massive red wave.

It’s still brutal out there for President Biden, according to the latest tranche of public polling, some of which Rebecca covered yesterday. The Real Clear Politics average shows Biden’s approval rating hovering around 40 percent, but a handful of national surveys released in recent days peg the number the 30’s.

There’s the Harris/Harvard poll in which more people strongly disapprove (39 percent out of 55 percent overall) than approve (38 percent). Next up are the “rock bottom” Marist/NPR/PBS numbers, showing Biden at 39 percent approval. This pollster asked Americans about Biden’s first year in office, and a substantial majority (56/39) deeming it a failure versus a success…

This effect speaks to a phenomenon that CNN’s Harry Enten warned the network’s heavily-Democratic audience about earlier this month. In the current environment, likely voter screens will very likely favor the GOP:

Most polls you’re looking at right now are likely underestimating Republicans’ position heading into the midterm election cycle. It’s not that the polls are “wrong.” Rather, it’s that most polls at this point are asking all registered voters who they’re going to vote for in November, when it’s likely only a distinct subset of voters who will cast a ballot. The voters who will actually turn out for the fall election are likely going to be disproportionately Republican based on current polling data and history…

Dig into the [recent CNN] poll a little more, and you can see where Democrats’ problem lies, though. Our CNN poll asked respondents how enthusiastic they were about voting in this year’s election “extremely, very, somewhat, not too or not enthusiastic at all.” Among those who said they were extremely enthusiastic (24%), Republicans held a 59% to 39% lead over Democrats on the generic congressional ballot. If we expand our universe to include those who were very enthusiastic as well (43% of all voters) of all voters, Republicans were ahead 55% to 42%.

Just look at this graph:

JUST IN: A career-low 37% of Americans approve of Pres. Biden’s job performance, with 55% disapproving.

That includes just 30% approval among political independents and 10% from Republicans. https://t.co/iPBivNIKhB pic.twitter.com/uxWnC7a21u

Republicans picked up 60 seats in the 2010 midterms.