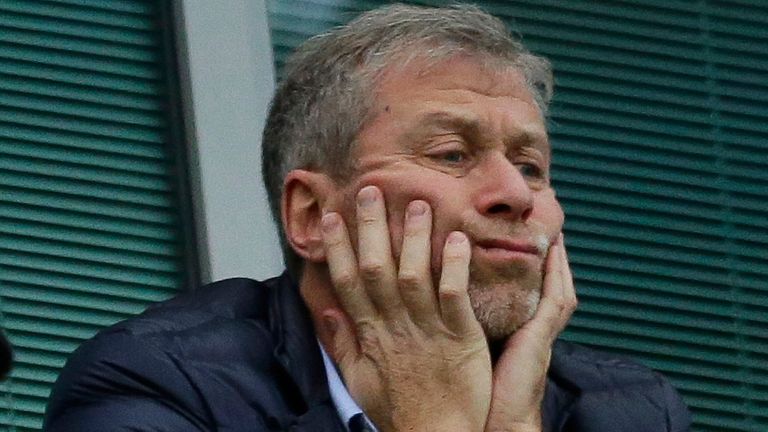 Newcastle have entered the race to sign Chelsea defender Antonio Rudiger on a free transfer in the summer.

Everton could face a huge financial headache should they lose their Premier League status at the end of the season, with players lacking in significant relegation clauses.

Turkish billionaire Muhsin Bayrak claims he is making progress in his attempt to buy Chelsea for under £2.5billion and will update again on Thursday.

The RSPCA is close to concluding its investigation into Kurt Zouma for animal cruelty, with West Ham braced for the defender being prosecuted for kicking his cat.

Roman Abramovich is “not sold” on the offer made by Hansjorg Wyss and Todd Boehly for Chelsea.

Jurgen Klopp believes Jude Bellingham will soon become the best midfielder in the world and has told close friends and contacts that he wants the Borussia Dortmund teenager at Liverpool.

Manchester United have been placed on red alert after it became apparent that Juventus and Paulo Dybala were still some way apart in contract talks, which are reported to be “at crisis point”.

Barcelona’s financial position might stop them from being able to sign Wolves winger Adama Traore on a permanent deal at the end of his loan spell.

Tottenham are already listening to offers for full-back Emerson Royal, who has struggled to adapt to the Premier League since his £26m move just over six months ago.

Chelsea were working on deals to sign Sevilla defender Jules Kounde and Leeds forward Raphinha before Abramovich’s decision to try to sell the club.

Barcelona are close to changing the name of their iconic Nou Camp home as their £237m sponsorship deal with Spotify is nearing completion.

Chelsea defender Andreas Christensen could only be days away from an announcement that he is leaving for Barcelona on a free transfer.

Andreas Pereira continues to struggle at Flamengo, with the Brazilian club’s fans booing the Manchester United loanee in a recent game to increase doubts about the deal becoming permanent.

Barcelona have offered defender Dani Alves a new contract which would take him past his 40th birthday.

Barcelona believe Manchester City are in the best place to sign Erling Haaland in the summer because the total package for the striker, including wages, could end up totalling £200m.

The Saudi Golf League has suffered another setback with Polly Handford, the lawyer they hoped would handle potential legal wrangles around their project, opting to stay with the FA.