Oh, the Places They’ll Go With a Ph.D. 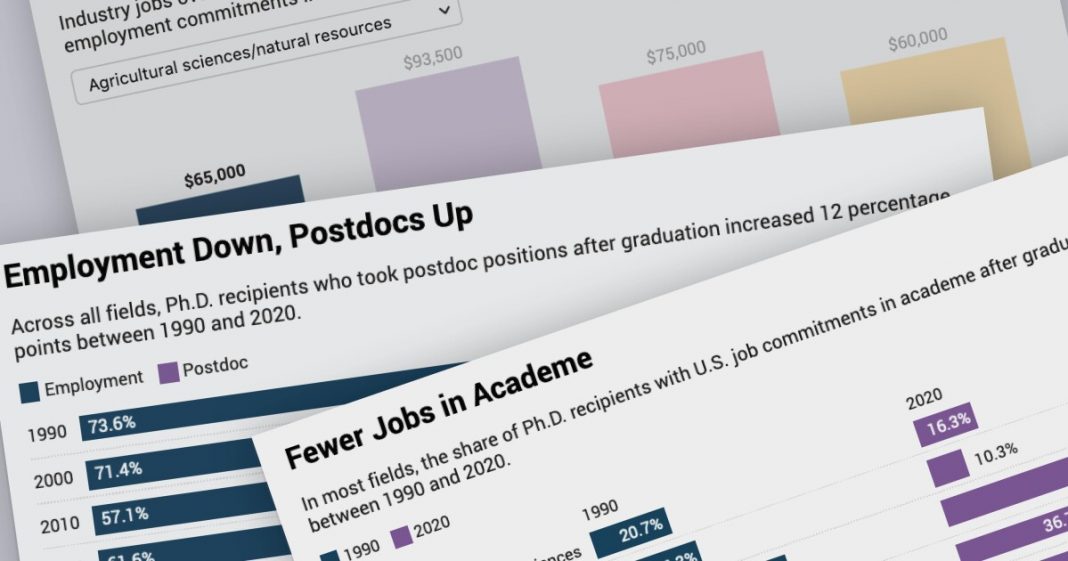 
It’s that season when scholars are busy preparing to enter the academic job market — a path that has long been unpredictable for new Ph.D. recipients, especially those who want to be tenure track professors.

But federal data shows that over a three-decade period, a growing number of people with doctoral degrees are finding work in other sectors.

Of the roughly 19,500 Ph.D. recipients in 2020 who said they had accepted jobs in the United States, almost 40 percent of them were set to work in academe, according to the most recent Survey of Earned Doctorates. That’s down from 51.5 percent in 1990.

During that same 30-year period, the share of Ph.D.s planning to work in industry rose from 21.9 percent to 40 percent — a jump of 18.1 percentage points.

Unsurprisingly, in every broad field of study reflected in the survey, the pay was markedly better in industry than in postdoc positions or jobs in academe.

The annual census of doctorate degree holders, sponsored by the National Science Foundation and several other federal agencies, reflects data about more than 55,000 people who received a research doctorate during the 2019-20 academic year. Of the Ph.D. recipients who reported having post-graduation commitments, 70 percent had definite employment or postdoctoral study plans in 2020.

For more on the employment trajectories of people with Ph.D.s, see below: