Open-Access Publishing Expands at U. of California 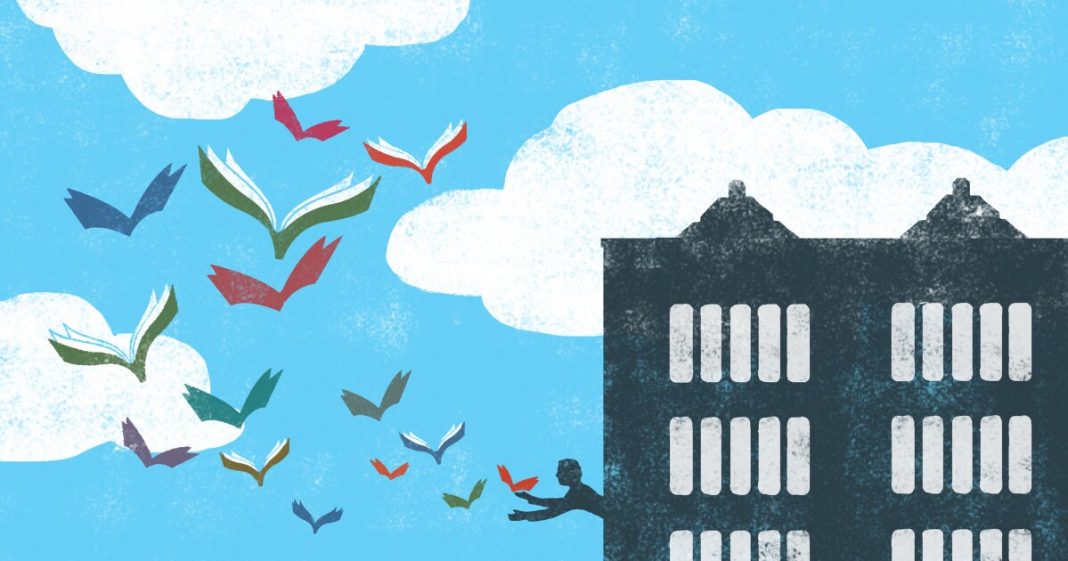 
In another victory for the open-access movement, the University of California system and Springer Nature have signed an agreement that will allow scholars in the UC system to make their work in Nature titles available free.

The idea that published research should be free to read has gained steam over the past two decades. Many academics say the trend helps democratize access to the latest scholarship, both for researchers and for interested parties outside academe. But figuring out how to pay for that access remains a challenge, as the latest negotiations in the UC system demonstrate.

The agreement, which begins on August 1 and runs through 2024, is an extension of a deal the two signed in 2020. Since then, authors in the UC system have tripled their number of open-access articles in journals operated by Springer Nature, one of the umbrella companies that control much of the academic-publishing world. The new deal expands the open-access provision to the prestigious Nature titles, a goal both parties set in their initial agreement. It’s also the first agreement to include open access for Nature journals in the United States.

Together with a second open-access deal that the UC system announced on Wednesday, with the technical professional organization IEEE, and the system’s 13 other open-access contracts, the Nature deal means that about half of articles published by UC authors will be covered under open-access agreements.

The funding model is the same as under the current arrangement between Springer and UC: The university system’s libraries will automatically pay $1,000 toward the publishing journal’s article-processing charge, and authors will use their research funds to cover the rest of the fee, which varies by publication. Other financial terms of the agreement were not immediately disclosed.

An article-processing charge, or APC, is the typical mechanism by which “gold open access,” wherein articles are made permanently and freely available to the public, is achieved. But the system sees the fees as prohibitive. The flagship Nature journal, for instance, now charges $11,390 per article, while other Nature titles’ fees can run to more than $5,000.

Under all its other agreements with publishers, including the other Springer publications, the system is able to pay more than its usual $1,000 to cover the charge for authors who can’t do so through research funding. That’s following a principle that Jeffrey K. MacKie-Mason, university librarian and chief digital-scholarship officer at the University of California at Berkeley, called “no author left behind.”

But the system wasn’t able to meet that same goal for the Nature publications, which is “frustrating,” said MacKie-Mason, also a professor of economics at Berkeley and co-leader of the team that negotiates the system’s agreements with publishers. “That’s really our goal, to figure out a way to get the costs down enough that one of the top research institutions in the world can afford to publish so that everybody else can afford to read,” he said.

Because of the extra cost of publishing with Nature, MacKie-Mason said, “we don’t want to oversell” the agreement. He said it was a “modest improvement” that makes open-access publication in Nature possible for authors in the system and provides a small pot of funding from the university system. One positive, he said, is that the kind of research that’s published in Nature is often fairly well-funded — enough to cover article-processing fees.

But the high-cost problem isn’t unique to Nature properties, MacKie-Mason and the negotiating team’s other leader, Ellen Finnie, said. “High-prestige, high-rejection-rates journals,” in general, have “presented a particular problem that hasn’t really been cracked,” said Finnie, director of the shared collections at California Digital Library, the systemwide office that supports all 10 UC campuses with electronic resources, including online journal access.

And if those charges present a hardship for one of the nation’s largest university systems, they’re bound to be even more of an obstacle for smaller institutions with fewer resources. That’s a concern that Springer Nature leaders are aware of.

The article-processing charges for Nature journals are similar to those for other high-profile journals, said Carolyn J. Honour, Springer Nature’s chief commercial officer. And there’s a reason for the higher price tag: Publication in Nature, she said, is a “white-glove service” for authors, including not only services like copy editing and typesetting but also “pressure-testing the integrity of the science and validating the scientific models.” That becomes especially important in situations like the Covid-19 pandemic, where public-health authorities and governments made decisions informed by what they read in journals like Nature.

“The whole idea of open access is, you’re building incrementally on the information that comes into the community,” Honour said. “You can’t afford to have any chink in that information being incorrect and being one of the foundations on which other people lay their work.”

For that reason, said Maria Lopes, Springer Nature’s vice president for research sales in the Americas, “the integrity of our APC is really important. It’s something that we do not negotiate on.”

“There were times that, I have to be honest, I didn’t think we were moving forward, and I’m sure they felt the same way,” Lopes added. “But it just makes the fact that we were able to reach an agreement even more important to us.”

The whole idea of open access is, you’re building incrementally on the information that comes into the community.

In signing the deal with Springer, the UC system avoided a high-profile dispute of the sort it had with Elsevier, another publishing giant. The system in 2019 canceled its subscription package with Elsevier, pushing for a less-expensive contract under which the publisher would simplify the open-access publishing process. The university system’s break with Elsevier followed prolonged negotiations; at one point, officials at the University of California at Los Angeles asked faculty members not to review articles for Elsevier journals until contract negotiations were “clearly moving in a productive direction.” Elsevier’s contract offer to the system proved too expensive.

But Elsevier returned to the negotiating table in 2020, and the sides agreed, in March 2021, to a four-year deal that ensured that all papers whose lead authors hailed from the UC system would be open access.

In an emailed statement to The Chronicle, the executive director of the Association of Research Libraries congratulated UC on the agreement. “The UC system, along with many of our member institutions and various consortia, are leading within their institutions to expand access to knowledge,” Mary Lee Kennedy wrote. That the agreement covers the entire university system, she wrote, “will have a significant benefit to the research community broadly.”