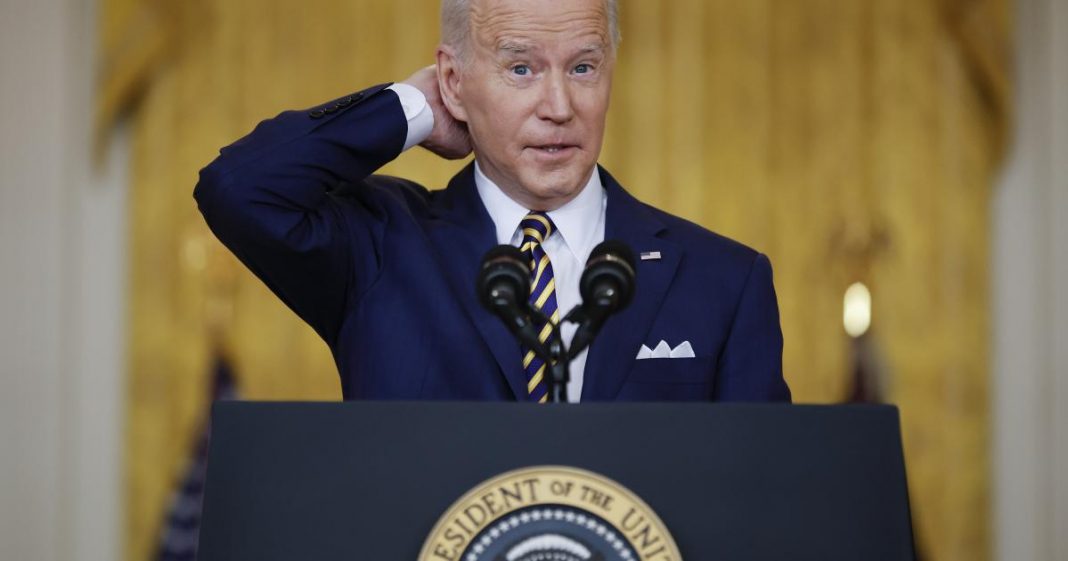 
Democrat senators sent a letter to Joe Biden on Saturday night urging him to use the “full force of the federal government” to stop states from banning and restricting abortions.

In the text, the politicians stated that the Supreme Court’s decision to overturn Roe v. Wade is “an unprecedented assault on women and the result of decades of activism by Republican extremists.”

“We call on you to combat these attacks and take immediate action to use the full force of the federal government to protect access to abortion in the United States,” the letter continued.

TRENDING: WHO IS RACHEL POWELL? She Used an Ice Axe and Battering Ram To Break Into Capitol Windows on Jan 6… She Gave ‘Specific’ Directions To People Inside Capitol About How To Navigate… Why Is She Only on House Arrest? [VIDEO]

The senators breathlessly continued, “there is no time to waste: nearly half of the states already had laws in place to ban abortion or severely restrict access as soon as the Supreme Court decision came down. Many states enacted those laws immediately, and at least a dozen are set to follow suit in the coming days and weeks.”

The letter referred to states being able to choose their own laws as “dangerous and horrifying.”

“This is dangerous and horrifying and it will endanger women’s lives. We cannot stand idly by as Republicans rip away women’s rights. And we know they will not stop with this decision—they are already eyeing a national abortion ban,” they continued.

The Democrats concluded, “now is the time for bold action to protect the right to an abortion. You have the power to fight back and lead a national response to this devastating decision, so we call on you to take every step available to your Administration, across federal agencies, to help women access abortions and other reproductive health care, and to protect those who will face the harshest burdens from this devastating and extreme decision.”

Earlier in the day, White House Press Secretary Karine Jean-Pierre said that Joe Biden does not agree with packing the Supreme Court.

Prior to the court’s opinion being released, on June 9, Biden said that he was considering executive actions to protect abortions — but he did not provide any examples of possible actions.

The remarks were made during Biden’s appearance on Jimmy Kimmel Live.

“There’s some executive orders I could employ, we believe. We’re looking at that right now,” Biden said.

Biden also speculated that overturning Roe v. Wade, as they ended up doing, would cause a “mini revolution.”

“It’s clear that if, in fact, the decision comes down the way it does and these states impose the limitations they’re talking about, it’s going to cause a mini revolution and they’re going to vote a lot of these folks out of office,” Biden said.

It remains unclear what action, if any, the Biden administration will take to undermine the Supreme Court’s decision.