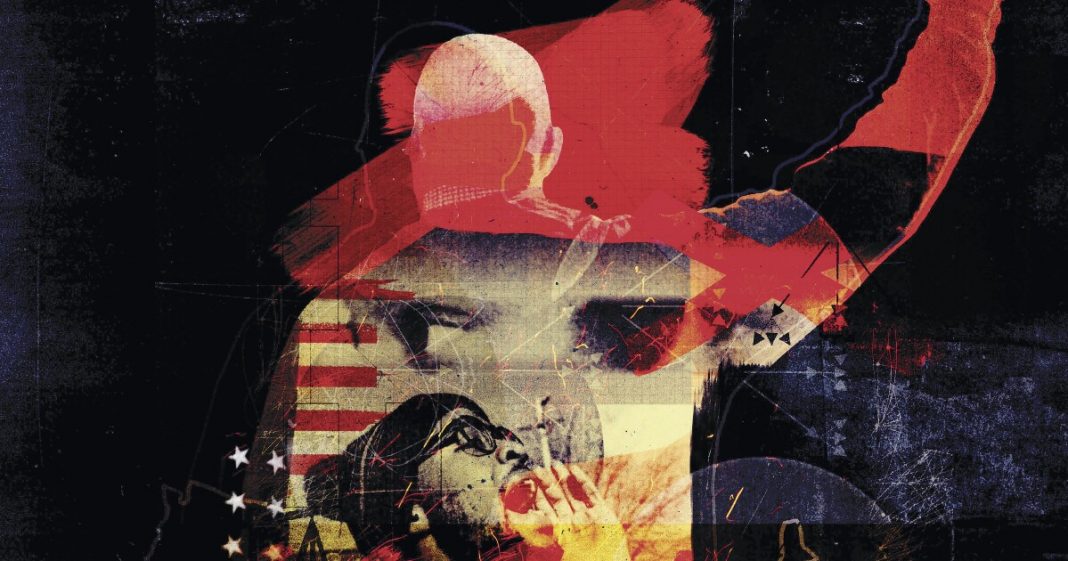 
Amid a severe budget crisis, Pennsylvania State University on Wednesday reneged on its plan to create a Center for Racial Justice.

The announcement came just days after the university canceled a scheduled appearance by the founder of the Proud Boys, a white supremacist group, because of escalating violence ahead of the event. Even so, the cancelation of the center enraged employees, who accused the university of being noncommittal about fighting racism on campus.

“It’s an appalling retraction of a promise and commitment on the part of the university that reflects a very general viewpoint on the part of the administration that these issues are not important enough for Penn State to give them the credibility that they require,” said Gary King, a professor of biobehavioral health and African American studies.

The university said in a statement that administrators are committed to diversity, equity, inclusion, and belonging and will instead spend $3.5 million or more over the next five years on existing projects aimed at fighting racism on campus.

“We remain deeply committed to continuing to build on the foundation of scholarly research and programming around racism and racial bias at Penn State,” Neeli Bendaputi, the university’s president, said in the statement. “I have determined that enhancing support for current efforts by people who know Penn State best will be more impactful than investing in a new venture, and so we will not pursue efforts to launch a Center for Racial Justice.”

In June 2020, at the height of sweeping Black Lives Matter protests, then-President Eric Barron of Penn State established several committees dedicated to fighting racism on campus, one of which recommended that the university establish a Center for Racial Justice.

These issues are not important enough for Penn State to give them the credibility that they require.

The center represented “the beginning” of the university’s efforts towards racial justice and equity, according to a September 2021 news release.

“Integrated into our research engine, the new Center for Racial Justice will allow us to leverage our strengths as a university to promote and shepherd vital research around racial justice, as we facilitate multidisciplinary collaboration among leading experts at Penn State and other institutions,” said Lora G. Weiss, senior vice president for research, in the university statement.

The project would advance research and scholarship around racism and racial bias, provide resources to new faculty, and create a postdoctoral fellowship program for students, according to the university’s statement. In March 2022, Penn State sought applications in a national search for the center’s director.

But financial trouble has since burdened the school. Because of inflation, revenue pressures from the pandemic, lack of state funding and tuition freezes, the university this year is projecting a $149-million loss. In July, the Board of Trustees voted to raise tuition and freeze hiring, among other measures, according to the university’s student newspaper, The Daily Collegian.

This month, the search committee for the director of the center on racial justice pressed Bendapudi for clarity on the center’s future after it noticed that the university had yet to spend any money on the effort.

“Juxtaposing the assurance that restorative and racial justice are a core concern for the university, with the inability to fund a research center as the major first step in addressing important issues, is therefore all the more surprising and distressing,” the group wrote in a letter to the administration.

In the press release sent on Wednesday announcing the new priorities, Bendapudi reaffirmed her commitment to diversity, equity, inclusion, and belonging efforts in a university statement, vowing to enhance existing programs and efforts.

In November, Bendapudi said, she plans to appoint an existing faculty member to be the special adviser for institutional equity who will talk with stakeholders and groups across the university, review existing data and reports, and develop an institutional-equity plan to be shared with the university community early next year.

We remain deeply committed to continuing to build on the foundation of scholarly research and programming around racism and racial bias at Penn State.

According to the president, the university’s financial investment in existing diversity, equity, and inclusion efforts across Penn State will be at least as much as would have been committed to the Center for Racial Justice. Over the next five years, the university plans to commit $3.5 million or more to existing DEI programs, said a university spokeswoman in an email to The Chronicle.

Penn State is no stranger to backlash when it comes to dealing with race relations throughout its 24-campus system.

The university has struggled to retain and attract Black faculty, and those who were there felt isolated on campus, according to the 2020 “More Rivers to Cross: A Report on the Status of African American Professors at Penn State University.”

But the decision to no longer create a Center for Racial Justice has caused some faculty members to completely lose trust in the university leadership’s commitment to racial justice, says King, one of the report’s authors.

“The university should be ashamed,” King said. “President Bendapudi should be ashamed of herself to present such a simplistic approach to this issue and something that is rather incredulous. It’s embarrassing for her to think that Black faculty and students actually believe that anything else is going to happen.”

Previous articleWhat to Know About the New Rules on Pell Grants for Prison Education
Next articleU. of Florida Faculty Senate Condemns Process That Tapped Ben Sasse as Next President
- Advertisement -