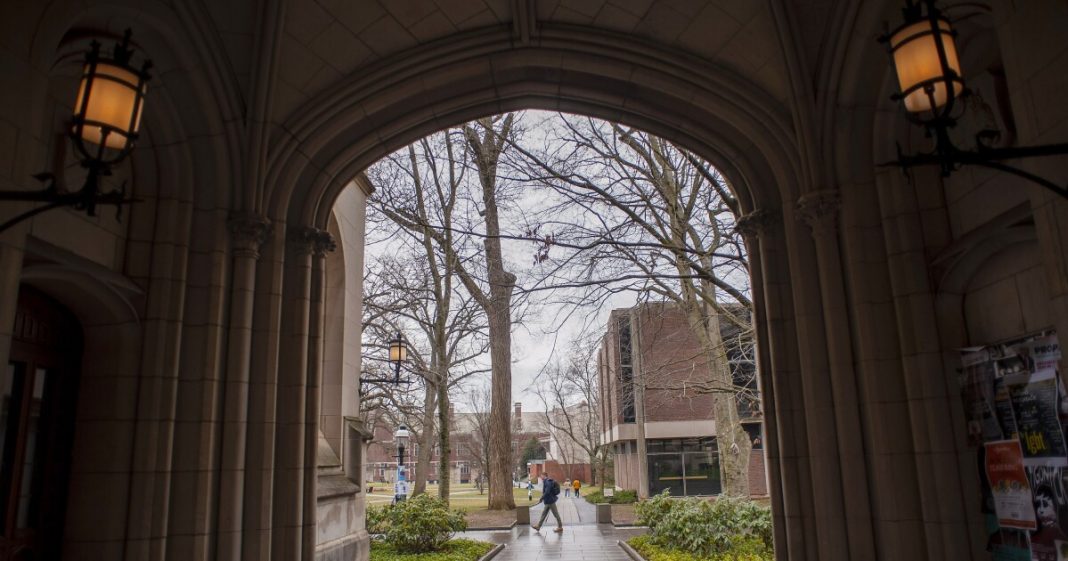 
Princeton University’s Board of Trustees voted on Monday to fire Joshua Katz, a classics professor, after an investigation found that he had “misrepresented facts or failed to be straightforward” during a 2018 disciplinary hearing that focused on a consensual relationship he had with an undergraduate student he supervised in the mid-2000s. In a statement, the university called Katz’s actions “egregious violations” of university policy and “entirely inconsistent with his obligations” as a faculty member.

Princeton began investigating Katz in February of last year around the timeThe Daily Princetonian published a lengthy story that offered an unflattering portrait of the professor’s behavior (a friend of the student with whom he had a relationship told the paper that Katz’s conduct was “emotionally abusive”). The article also included comments from another student who said his actions toward her, while not sexual in nature, were inappropriately intimate and “repulsively unprofessional.”

But Katz’s supporters have argued that the investigation was in retaliation for an essay the professor wrote for Quillette in July 2020 that criticized a letter, signed by numerous Princeton faculty members, that made a slew of recommendations about how the university should address racism on campus. Among the recommendations was additional sabbatical time for faculty of color. The proposals, Katz wrote, “would lead to a civil war on campus.”

Katz’s lawyer, Samantha Harris, drew a connection between that essay and the university’s investigation. “There is a straight line from the Quillette article to what is happening now,” said Harris, who was a student of Katz’s when she was at Princeton. “To me, the message this essentially sends is that, if you say something unpopular, it is open season to turn your personal life inside out.” That same idea — that the investigation was actually a response to Katz’s controversial essay — has been repeated in a number of publications, including The Wall Street Journal and the National Review.

Princeton’s president, Christopher Eisgruber, pushed back against that charge in remarks he made to alumni on on Saturday. Though he didn’t name Katz, it was clear, in a transcript provided to The Chronicle, that Eisgruber was referring to the case. He told those gathered that the university has “broad and vigorous policies protecting free speech” and that “you cannot discipline people on the basis of their speech, even when that speech is speech that people profoundly disagree with.” He went on to reference the university’s policies on sexual misconduct and noted that those include “requirements of honesty and cooperation in connection to university proceedings and investigations.” The university’s statement said that Eisgruber had recommended to the Board of Trustees that Katz be dismissed.

The university investigated Katz in 2018 for his relationship with the undergraduate student and disciplined him, suspending the professor for one year without pay. According to the university’s statement, the student with whom he had a relationship didn’t participate in the 2018 investigation but came forward last year and provided new information that led to a second investigation. The key findings from that second investigation were that Katz had allegedly discouraged the student from seeking mental-health services when she was an undergraduate and had also persuaded her not to participate in the 2018 investigation “in an effort to conceal a relationship he knew was prohibited by university rules.” Harris, Katz’s lawyer, said that the university was “splitting hairs” and has “cherry-picked a handful of sentences from a voluminous record of correspondence in a way we consider disingenuous.”

Katz didn’t respond to requests for comment. In an essay he wrote last fall, he addressed the relationship with the student, calling it a “grave mistake” and a “sin.” He also criticized the student newspaper’s investigation into his personal life, writing that it relied on “hearsay, innuendo, and hostile anonymous sources.”