Putin successfully implementing proactive US developed strategy while US lags behind: expert 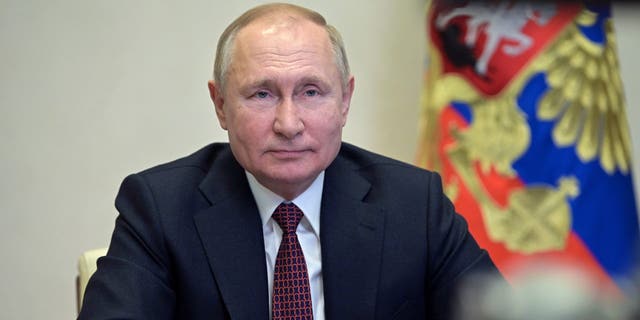 A former U.S. intelligence official tells Fox News Digital that Russia has embraced over the years a similar plan to an American military concept known as the OODA loop which enables one side to react to unfolding events more rapidly and efficiently than an opponent.

The OODA loop, which stands for observe, orient, decide, act and was developed by U.S. Air Force Colonel John Boyd and is defined by Tech-Target as a “four-step approach to decision-making that focuses on filtering available information, putting it in context and quickly making the most appropriate decision while also understanding that changes can be made as more data becomes available.”

WHAT IT’S LIKE INSIDE MOSCOW AMID UKRAINE WAR: REPORTER’S NOTEBOOK

The strategy is especially useful, according to Tech-Target, in “scenarios where competition is involved and where the ability to react to changing circumstances faster than an opponent leads to an advantage.”

“It’s called strategic initiative,” Koffler explained. “The Russians believe that there’s no peace. In Russian thinking there’s a constant confrontation. There’s a confrontation with the adversaries even in peacetime.”

By operating as if war could potentially break out at any moment, Koffler says that Russia has been able to stay one step ahead of the United States most notably when it comes to sanctions.

“If we want to ever beat the Russians we have to flip the tables,” Koffler said. “We can’t be in that reactive mode because it doesn’t work. Putin already factored in all the sanctions and sanction-proofed his economy.”

Flipping the tables, according to Koffler, will take “tremendous intellectual firepower” and “analytical resources” that Russia has been implementing in its actions against the United States while the United States has lagged behind due to a “lack of awareness of where we are in the world.”

“The Biden administration, and in general the Washington national security apparatus, have been in a reactive mode in regard to Russia,” Koffer explained. “Right now, in regards to the current conflict, but also in general. It seems like Putin has been doing things and then we react. We are thinking ‘how do we respond’ but why do we need to respond? Why didn’t we do a deterrent in the first place?”