Putin’s always wanted to weaken the West. He’s done the exact opposite 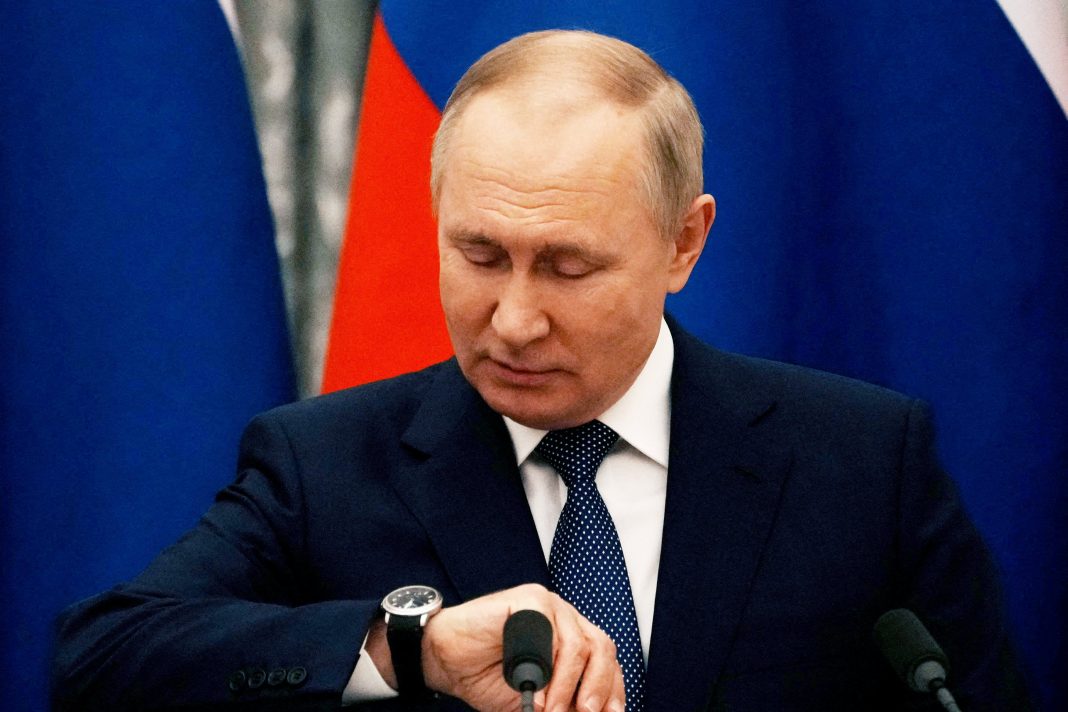 If there’s anything we’ve learned about President Vladimir Putin over the 22 years or so that he’s been in power in Russia it’s that he has systematically and repeatedly tried to weaken and undermine the West.

But in his invasion of Ukraine he seems to have achieved exactly the opposite, managing to unite most of the international community in its condemnation of Russia’s aggression toward its neighbor.

“NATO is united — more so than at any point since the Soviet collapse — with a renewed sense of purpose and mission,” Ian Bemmer, president of political risk consultancy Eurasia Group, commented this week.

“So too is the European Union: Germany supports ending their economic dependence on Russia and is nearly doubling their defense spend; France is on board … even Moscow-tilting Hungary has condemned the invasion, favored a crippling sanctions regime, and is allowing in hundreds of thousands of Ukrainian refugees,” Bremmer said in emailed comments on Monday.

The West is used to Russia behaving like a “malign actor” on the global stage with its interference in democratic processes like its meddling in the U.S. 2016 election or support for far-right political groups in Europe, or the overseeing of state-sponsored cyberattacks and weaponizing energy supplies with recent gas price rises in Europe. It was also widely seen as responsible for a nerve agent attack on U.K. soil in 2018 and was subsequently sanctioned. Putin was then accused of ordering a nerve agent attack on his political nemesis and biggest critic, Alexei Navalny, in 2020. Russia denied involvement in both attacks despite overwhelming evidence to the contrary.

With this background of bad behavior and geopolitical meddling, Russia’s invasion of Ukraine should come as no surprise, particularly given its annexation of Crimea in 2014 and its overt attempts to politically influence other former Soviet neighbors, like Belarus and Georgia.

Despite imposing sanctions on Russia for Crimea’s annexation, the West was widely accused of not being tough enough on Moscow with analysts saying Putin learned from the Crimea experience that he could invade and annex part of a sovereign state and, essentially, get away with it.

But now, with Russia’s invasion of the north, south and east of Ukraine on Feb. 24, the West looks more united than it has been for many years. Recent divisions over, within and between NATO, the EU, the U.K. and other developed nations are seemingly dissipating overnight as nations unite to help Ukraine defeat Russia.

World is ‘pulling together’

Global diplomatic circuits have been busy in recent months as officials largely feared Russia was gearing up for some kind of attack on Ukraine, although the full-scale invasion caught many analysts by surprise with most expecting a smaller-scale incursion into eastern Ukraine.

Since the invasion, there has been a further flurry of high-profile and urgent meetings, visits and video calls between the leaders of NATO countries with previous disagreements between members of the alliance — on a range of matters from defense spending to refugees, Brexit and energy security — put on the backburner.

A demonstrator holds a United Against Putin sign outside the White House in Washington, DC, on March 6, 2022, during a rally in support of Ukraine.

Multiple public protests have been held across the world against Putin and his war in Ukraine while many iconic brands have pulled out of Russia, turning the country into a pariah on the global stage.

“Putin’s brutal invasion of Ukraine is reshaping the politics of Europe and – possibly – beyond,” Berenberg Bank’s Chief Economist Holger Schmieding noted in his latest report assessing the macro impact of the conflict. “The free world seems to be pulling together like rarely before,” he added.

Even before the war, Schmieding noted, Russia was starting to resemble some features “of a Soviet style petro-economy with an oversized military sector and ultimately unaffordable imperial ambitions” and seemed bound to slowly fall more and more behind the advanced world.

Now, the costs of war, increasing domestic repression and duly harsh Western sanctions “will likely hasten the economic demise of Putin’s Russia much more so and much faster than the costly occupation of Afghanistan contributed to the erosion of Soviet power in the 1980s,” Schmieding noted.

While Putin is looking increasingly isolated, Western democracies are treading a tightrope of supporting Ukraine while trying not to be perceived to intervene militarily, a move that could easily spark a wider and more destructive global conflict with Russia.

In his State of the Union address last week, President Joe Biden commented on the West’s cohesion in the crisis, saying “we see the unity among leaders of nations and a more unified Europe, a more unified West” adding that “in the battle between democracy and autocracy, democracies are rising to the moment.”

Democracies in the West might be rising to the moment but Russia’s invasion has certainly posed a moral, military and geopolitical dilemma for the EU and NATO.

Ukraine is not a member of either bloc but its position on the edge of Europe, acting as a buffer state between NATO members and Russia, puts it in an important strategic position. Ukraine’s pro-Western and pro-democracy government and populace, and aspirations to join the EU and NATO, have also provoked widespread sympathy for Ukraine and its people. Hundreds of thousands of civilians have fled the war but many have stayed to fight, increasing global admiration for Ukraine.

Ironically, Putin’s invasion — largely predicated on the demand that Ukraine is never allowed to join NATO — has inadvertently boosted the case for joining the military alliance with public opinion in Finland and Sweden shifting in favor of joining the organization.

NATO deployments in Eastern Europe and the Baltic states have already been bolstered with more troops and weaponry, again strengthening an alliance Putin wanted to see diminished.

Russia’s invasion has also prompted tardy defense spenders, namely Germany, to pledge a massive boost in defense spending and infrastructure and has hastened Europe’s decoupling from Russia on the energy front too, with the EU (which received 41% of its natural gas from Russia, and 27% of its crude oil, according to 2019 data) looking to diversify, and fast.

Even China is worried

Although China has also offered to broker peace talks, and held a call with France and Germany’s leaders on Tuesday, it still has to tread a finer line with the Kremlin given Xi Jinping’s commitment to deeper strategic cooperation with Moscow.

The CIA’s director Bill Burns echoed many other defense experts on Tuesday by saying Putin has made fundamental errors in going into Ukraine, believing it to be “weak” and underestimating the resistance Russian forces would face there.

Burns said that Putin also believed he had “sanction-proofed” the economy and modernized his military to the extent that they were easily capable “of a quick decisive victory at minimal cost.”

Previous articleFormer file-sharing site LimeWire to relaunch as NFT marketplace, more than a decade since shutting down
Next articleVenezuela releases 2 American prisoners after US visit
- Advertisement -