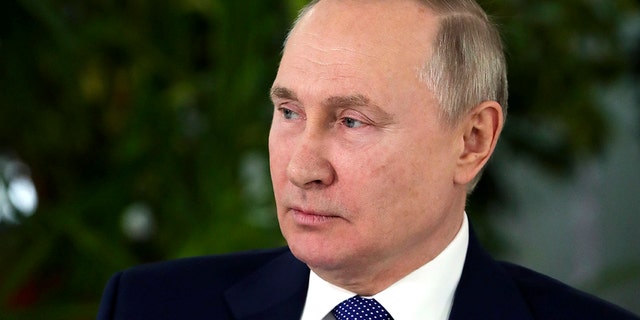 The gut-wrenching scenes from Ukraine have moved millions around the world to denounce the Russian invasion and support Ukrainian independence.

For some, however, it is a literal call to duty. Thousands of former soldiers have traveled to Ukraine to defend its people. The numbers have clearly unnerved the Russians who have launched a global campaign to warn volunteers that they will be treated as mercenaries, not legitimate prisoners of war if captured.

Among the large number of such volunteers drawn to Ukraine’s defense are many Americans. They are in a modern version of the Lincoln Brigade that fought against fascism in Spain before World War II. The similarities to the Spanish Civil War are striking with the fascists controlling the skies, fielding advanced weaponry, and engaging in war crimes. Back then, Russia supported the Republican forces against fascism.

Now, however, Russia is declaring that foreign volunteers are not considered covered “combatants” under the Geneva Conventions. That is not true.

Russian embassies are putting out statements telling men not to join the fight at the risk of being classified “mercenaries.” The Russians are warning that the “best case scenario” is that foreign volunteers will be tried and punished as criminals, including the risk of executions.

Of course, Russia has little credibility on any interpretation of international law today. There is growing evidence of possible war crimes by Russia, including attacking civilian areas with indiscriminate weapons and using prohibited weapons. Moreover, Russia is using mercenaries like the infamous Wagner group.

Putting aside the hypocrisy, the Russian government is legally wrong. Under the Geneva Conventions, “the best case scenario” is not “detention and prosecution.” The Ukrainian president and government has officially called on international volunteers to join the Ukrainian military. They are a part of the Ukrainian defense forces and given Ukrainian training, uniforms, and insignia. The Russian position is akin to saying that the French Foreign Legion would be treated as mercenaries because it includes non-French volunteers. The Legion famously opens its ranks to “recruits from all over the world.”

Likewise, the estimated 16,000 foreign fighters are being organized under the “Ukrainian Foreign Legion” and requires a commitment of a year or longer of service.

While there are areas of ambiguity over private contractors and other participants in conflicts, the current definitions of covered combatants clearly and unambiguously reject the Russian position.

Article 4(A)(2) also makes clear that “Militias and members of other volunteer corps … belonging to a Party to the conflict and operating in or outside their own territory” enjoy combatant status and protections.

Under the Geneva Conventions and the Additional Protocols, there is a division drawn between combatants and civilians. The later term can include unlawful combatants, spies, and mercenaries.

Moreover, Article 45 addressed the “Protection of persons who have taken part in hostilities” and affirms that every combatant who is captured shall be presumed to be a prisoner of war. Accordingly, if a foreign fighter is captured “he shall continue to have such status and, therefore, to be protected by the Third Convention and this Protocol until such time as his status has been determined by a competent tribunal.”

Conversely, mercenaries under Protocol I are defined as “foreign combatants recruited to fight in one specific conflict and motivated by the desire for private gain in an amount in excess of the payment to the armed forces of the recruiting state.” That is not the case in Ukraine.

Ironically, the Russians have long embraced such international volunteers in combat operations. One of the largest such efforts was the Soviet Volunteer Group that went, with government support, to China to fight in the Second Sino-Japanese War between 1937 and 1941. These soldiers wore civilian clothes and traveled to China to become part of their military. That included hundreds of pilots and planes.

The Russians also were foreign combatants in the Spanish Civil War. They were considered particularly key to the defense of Madrid against the fascists, including German forces. That included a force of T-26 tanks under the famed Captain Paul “Greize” Arman and Brigadier Dmitriy “Pablo” Pavlov. It also included dozens of Soviet I-15 fighters Tupolev ANT-40 bombers. Under the current interpretation of Russia, all of these men (called Soviet heroes) would now be treated as criminal mercenaries.

One could say that this hardly matters when the Russians are shattering international legal principles and committing atrocities in the invasion. However, the violation of the Geneva Conventions exposes military commanders to possible international charges and sanctions. The International Military Tribunal for the Far East (or “the Tokyo Trial”) involved the prosecution of officials responsible for the abuse of POWs.

Article 86(2) of Protocol I was written in light of the World War II cases. It imposes criminal liability on the commander if he knew or should have known that a subordinate was going to commit breaches of the conventions.

The world legal community must speak with one voice in rejecting the interpretation put forward by Russia on the Geneva Conventions so there is no question about the knowledge of Russian commanders in committing such violations. When this war ends, there will hopefully be an accounting for those responsible. However, we must make that clear and unambiguous record now if we are going to later vindicate the rights of the victims of this invasion.

Previous articleBREAKING: Russia Offers Terms to Ukraine for an End to Hostilities
Next article‘Data minimalization’ could be key to helping doctors through data overload
- Advertisement -