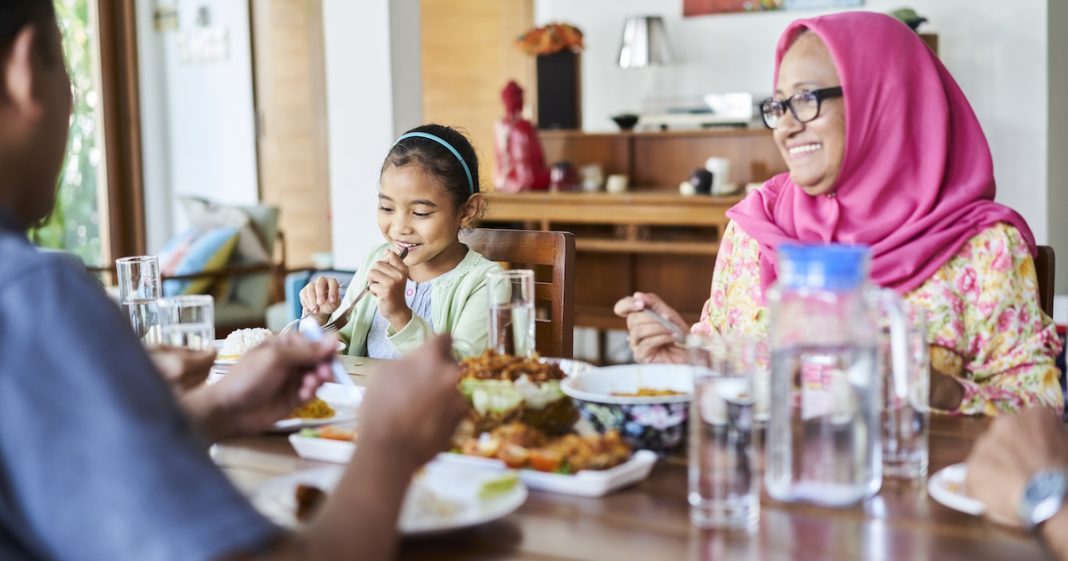 Eating disorders have a high mortality rate compared with other mental health conditions, but many people struggle to access treatment. According to a report by STRIPED, the Academy for Eating Disorders and Deloitte Access Economics, 28.8 million Americans alive in 2018 and 2019 will have an eating disorder at some point in their lives.

Equip, a virtual eating disorder treatment company, aims to improve access and effectiveness of care through family-based treatment, which works with patients in their homes alongside their family members during recovery. Founded in 2019, the startup announced it had raised $58 million in Series B funding earlier this year.

Kristina Saffran, CEO and cofounder of Equip, sat down with MobiHealthNews to discuss the company’s nationwide expansion, how the COVID-19 pandemic affected the prevalence of eating disorders, and why the area needs more research and investment. This transcript has been edited for clarity and length.

MobiHealthNews: You’re currently focused on children, adolescents and young adults right now. Is that because that’s a population in which eating disorders are more common? Or do you plan to expand?

Kristina Saffran: We do plan to expand. We will be expanding into adults beyond the age of 24 early in the spring of 2023. It’s a great question. I’ve been working in this since I was 15, essentially, and recovered. It’s been my life’s mission to ensure that other folks could recover, as well.

The honest answer is to start anything, I think you should start with focus and really knock it out of the park. And the most evidence has been done on kids and adolescents with family-based treatment. It’s easier to do family-based treatment when kids are living at home and you’re financially responsible for them.

That said, nothing really changes about your brain the day you turn 18. And we do obviously have adults in our program, 23-year-olds, 24-year-olds. It just gets a little bit harder, and we expand our definition of what family is. Even with adolescents, we have foster parents, we have teachers who can play that role. But with adults even more so, we really rely on partners, on friends, on college roommates, on spouses.

For those who don’t come with a support person, the first month of treatment is really focused on, how are we going to find at least one support person for you to help you through recovery? These are brain disorders, and it’s really, really, really hard to fight your brain many times a day.

MHN: There was a lot of discussion at the height of the COVID-19 pandemic about mental health and also concerns about increased rates of eating disorders. Have you noticed an increase? Do you think that’s getting better, or is that something that we still need to address?

Saffran: No. I think we’re going to continue to see the lingering effects of the pandemic over the next couple of years. We certainly saw a spike. Inpatient hospitalizations for adolescents in particular doubled over the course of the pandemic. Anecdotally, our clinical partners have told us that kids are coming to treatment sicker than they ever have before.

I think it’s a couple of things about the pandemic that exacerbated it. One, eating disorders thrive on social isolation. These are a lot of kids who used to be in school and used those temperament traits that make you vulnerable to an eating disorder — that type A, perfectionism drive — to focus that on schoolwork, or on hobbies, or extracurriculars. Now, they have all this time at home just focusing their attention on themselves and their bodies.

Additionally, obviously, social media doesn’t help with that. We know that, on average, kids spend about seven hours [per day] on their phone. And with the harmful algorithms that we see on social media, they’re constantly bombarded with unrealistic images, and even frankly thrown horrible, horrible pro-eating disorder content.

And then, finally, we know that as food insecurity in a community rises, eating disorders directly rise, as well. We’ve certainly seen more of that over the course of the pandemic.

MHN: There’s been a lot of investment in the digital mental health space, especially for conditions like depression and anxiety. Why do you think that eating disorder treatment hasn’t innovated as much?

And then, unfortunately, in this sort of vacuum of good care and landscape of stigma, we saw in 2008, when the Mental Health Parity Act was passed, that private equity poured a lot of money into facility-based care. These private equity-backed residential centers have, frankly, the most money in the field to really drive the field and the direction that they want to.

MHN: So, on that funding note, you announced a $58 million Series B in February. How has your expansion gone since then, and what are some of your goals for the future?

Saffran: I’m excited to say that one of my biggest goals since the very beginning was getting into all 50 states, plus [Washington] D.C. As of a couple of weeks ago, we are there. We haven’t even really made the formal announcement yet.

As soon as we started a year ago, we were in four states. And we started having families moving across state lines to get care with us, which was flattering, but obviously heartbreaking – the opposite of why we wanted to start this company, to stay at home with your family. So, expanding into 50 states plus D.C. was absolutely huge for us and huge for our mission.

I don’t want any families to have to pay out-of-pocket. I believe we ended 2021 with 86% of families using their in-network benefits. We’ve made a lot of progress on the contracting side. But obviously, there’s still so much to do. In particular, with Medicaid, with Medicare as we get to older adults and with TRICARE, as well. I want everyone to have this covered by their payers.

And then, finally, you hit on a big one, which is expanding to adults so that this treatment is really available for everybody with an eating disorder. So, we’re working as hard as we can on those initiatives.

Then, the final thing I’ll say is that the reason that we chose the Chernin Group to lead our Series B is because we really wanted someone who was going to help us to change that cultural narrative around eating disorders. We can’t reach everybody with an eating disorder and get them access to good treatment if the majority of the population still thinks that eating disorders have a look and don’t understand the breadth of who they impact. We have to make sure that everyone has access to a diagnosis, and that starts with a lot of psychoeducation around changing the face of eating disorders.

Previous article“I Felt Election Was RIGGED and ‘STOLLEN’, Have from the Very Beginning, and Have Only Gotten Stronger in that Belief” – President Trump Totally Destroys ‘Unselect Committee’
Next articleAfter Having His Own Flight Cancelled, Transportation Secretary Pete Buttigieg Finally Decides to do Something About Cancelled Flights
- Advertisement -