‘Rest in peace dear comrade’: Russian investment analyst drinks to the death of the stock market on live TV 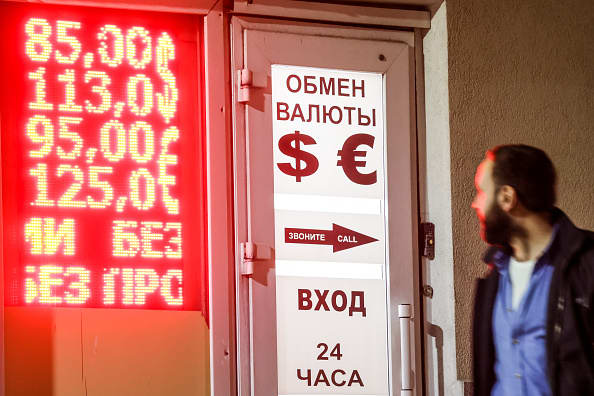 A Russian stock market analyst pulled out a bottle and drank to the death of Russia’s stock market during an interview live on local television.

The clip went viral Thursday, a week into the Russian invasion of neighboring Ukraine and as Russia’s economy is hammered with Western sanctions.

“Worst case scenario, I’m going to work as Santa Claus, as I did 25 years ago,” Butmanov replied, according to a translation verified by CNBC.

“Excluding jokes, let’s do this quickly,” he said. “I send regards to Sergei Usychenko, who drank 12, 13 years ago to the death of the stock market.”

Butmanov reached down, opened up a glass bottle and looked directly into the camera.

“Today, I’m drinking carbonated water,” he said. “Dear stock market, you were close to us, you were interesting, rest in peace dear comrade.”

The host looked on in disbelief, saying, “I’m not going to comment on this stunt, because I don’t want to believe it.”

Russia’s stock market has been closed for five straight days.

In that time, Russian forces have bombed numerous civilian areas all over Ukraine including in its largest cities, Kyiv and Kharkiv, leading to at least hundreds of civilian casualties.

The country’s currency, the ruble, tanked on the news of Western sanctions over the weekend that targeted Russian access to the SWIFT interbank messaging system, its central bank reserves, numerous exports and Russian banks, as well as individuals in the country including Russian President Vladimir Putin.

Previous article‘Europe needs to wake up’: Ukraine issues dire warning after Russia attacks nuclear power plant
Next articleWhy Ethereum is switching to proof of stake and how it will work
- Advertisement -