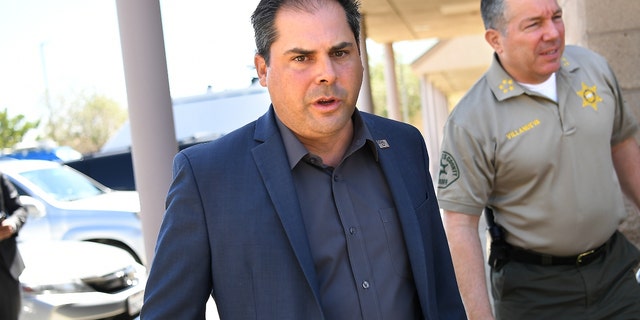 Rep. Mike Garcia, R-Calif., says President Biden‘s comments describing what he will or won’t do in Ukraine could put the U.S. at a disadvantage.

“A good strategist will never disclose what he will or will not do in advance of combat,” Garcia, a former Navy pilot, told Fox News Digital. He noted that Biden previously told reporters that he gave Putin a list of 16 U.S. entities that are “off limits” for a Russian cyberattack in June.

Biden previously told reporters that he had no intention of sending American troops to Ukraine and, more recently, no intention of implementing a no-fly zone over Ukraine to avoid U.S. involvement in the war with Russia.

White House press secretary Jen Psaki deflected this week when asked whether the administration would commit to a red line over the use of chemical or biological weapons.

Garcia said the president’s response to Russia’s invasion into Ukraine so far “has been weak and overly delayed.”

“[H]e waited far too long to enact sanctions that would deter Putin in some way,” Garcia said. “Our president should not be telling our adversaries what we won’t do.”

The California congressman added that Russia’s invasion of Ukraine, “as terrible as it is,” should not distract the administration from China, “who is America’s No. 1 threat and watching every move we make.”

U.S. officials told The New York Times in January that the Biden administration shared intelligence with Beijing regarding Russia’s potential invasion into Ukraine, which Chinese officials then shared with Moscow.

Despite U.S. sanctions against Russian oligarchs and oil, the deployment of more U.S. troops to Europe and the decisions of numerous private American companies to suspend operations in Russia, Russian President Vladimir Putin has continued his deadly invasion into Ukraine in an effort to overthrow its democratic government.

More than 2.6 million Ukrainians have fled the country as of Saturday, according to the U.N. High Commissioner for Refugees.

The U.N. Office of the High Commissioner for Human Rights on Friday recorded nearly 550 deaths so far in Ukraine and nearly 1,000 injuries. The office noted in a press release Friday that “civilian casualties are rising daily, as is general human suffering.”

Ukrainian officials have pleaded with NATO countries to implement a no-fly zone over Ukraine, but NATO officials say such a move would provoke a potential World War III with Russia.