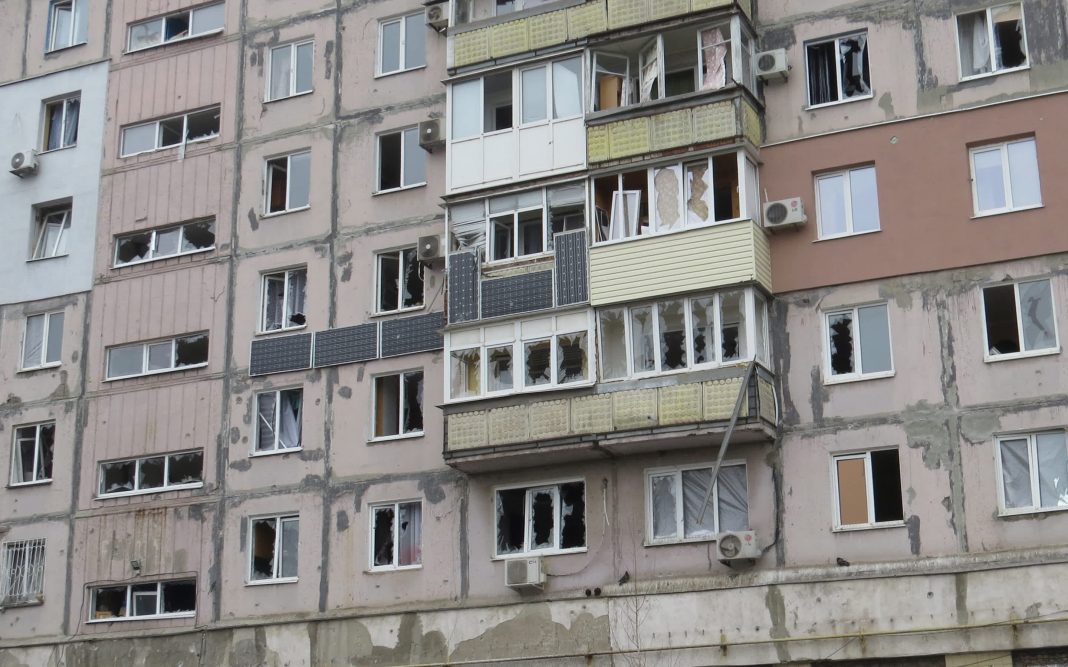 A view shows a residential building, which locals said was damaged by recent shelling, in Mariupol, Ukraine February 26, 2022.

Russia’s state-controlled media claimed Saturday that the country’s Defense Ministry has announced a temporary ceasefire in Ukraine to allow civilians to leave the cities of Mariupol and Volnovakha.

It was not immediately clear whether Ukraine had agreed to a ceasefire or been made aware of Russia’s plans to announce one.

The Russian Defense Ministry claimed that exit routes had been agreed upon with Ukraine, but no corroborating statement from Ukraine was available.

Mariupol and Volnovakha have born the brunt of some of the most intense fighting in Ukraine over recent days.

Their location — in Ukraine’s extreme southeast corner, near the Russian border and Crimea — makes them strategic targets for the Moscow. If they fell to Russia, its troops could join forces with those in Crimea, a peninsular Moscow seizured from Ukraine in 2014. Mariupol is also a port city, on the Sea of Azov.

On Thursday, the BBC reported that Moscow had encouraged residents of Mariupol to begin leaving the city, but residents said they could not move because there had been no break in the shelling.

The situation on the ground in Ukraine is extremely volatile, and individual accounts are difficult or impossible to verify.

This is a breaking news story and will be updated shortly.