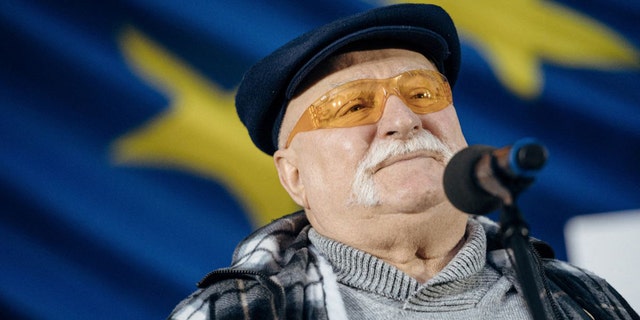 As Russia’s invasion of neighboring Ukraine approaches its 100th day, Poland’s first president and Nobel Peace Prize laureate, Lech Walesa, says it is time for the United States to restore its leadership in the world.

In an interview with Fox News, Walesa – an iconic leader of the Solidarity movement who played a vital role in overthrowing communism in his country – said what’s happening in Ukraine now is the continuation of the fight against the remnants of communism.

“The United States needs to understand that they cannot avoid the leadership role. It is high time for us to give the final blow to Russia and what it represents today,” said Walesa, calling Russia “an evil country.”

“Our solution to the Russian problem should really eliminate any further threats on part of Russia. We must do everything we can to prevent Russia from remaining a threat,” he added.

On Nov. 15, 1989, six days after the Berlin Wall came down, Walesa, then 46, addressed a joint session of Congress as a leader of Solidarity. Standing in front of American lawmakers, the former shipyard technician who galvanized an entire labor movement told Americans, “U.S aid to Poland will not be wasted, will not be forgotten.”

An honorary citizen of the United States, just shy of 79 years old, he said the same has been true for Ukraine.

“Because if Putin defeats Ukraine today, in five or 10 years from now, a new Putin will rise and will constitute another threat to the world. And if we succeed in giving this final blow to Russia, the Russian people will be grateful, because they have been suffering over centuries, dying, losing lives and all this because of the evil regimes that have ruled in their country.”

Walesa’s homeland, Poland, has welcomed about half of Ukrainian refugees since the beginning of Russian invasion on Feb. 24. According to the U.N. Refugee Council, over 6.5 million Ukrainians, mostly women and children, are estimated to have fled to neighboring countries, while an additional 7 million are estimated to be internally displaced.

Ukrainian President Volodymyr Zelenskyy repeatedly has praised his Polish counterpart, Andrzej Duda, for being one of the biggest supporters of a country at war. Duda was the first and so far the only foreign leader to address Rada, Ukraine’s parliament, in person on May 22.

“I will not rest until Ukraine becomes a full member of the European Union, because Ukraine is the face of Europe! Defender of a large European family,” Duda vowed to lawmakers who gave him a standing ovation.

Poland has been a NATO member for 23 years, and Ukraine has been aspiring to join.

Three decades after advocating for Poland’s membership in the military alliance, Walesa said Russia’s war against Ukraine has been a war between old and new worlds. “Ukrainians have been fighting for our principles, and they have been fighting so courageously,” he said, adding that Ukraine should be admitted to NATO “very, very quickly.”