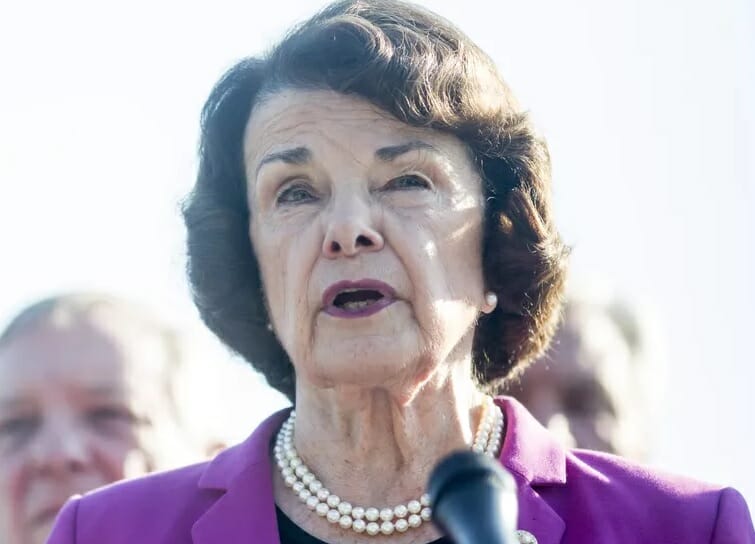 
Democrat Senator Dianne Feinstein on Monday announced her husband of more than 40 years, Richard Blum, died of lung cancer at the age of 86.

“My heart is broken today. My husband was my partner and best friend for more than 40 years. He was by my side for the good times and for the challenges. I am going to miss him terribly,” Feinstein, 88, said in a statement.

“Dick was incredibly devoted to his family, particularly his daughters and his grandchildren, and my heart is with them and everyone who Dick encountered. He was the type of man who really replaced his divot in life, who left things better than he found them. His enormous generosity is an inspiration for so many of us,” the longtime California Senator said.

Dianne Feinstein and her 3rd husband Richard Blum whom she married in 1980 made MILLIONS off of their financial interests in China.

Richard Blum’s investments in China ballooned after his wife Dianne Feinstein, a Democrat, was elected to the Senate in 1992.

Previous articleThe AI promise: Put IT on autopilot
Next articleReport: About a quarter of Americans used telehealth during COVID-19
- Advertisement -