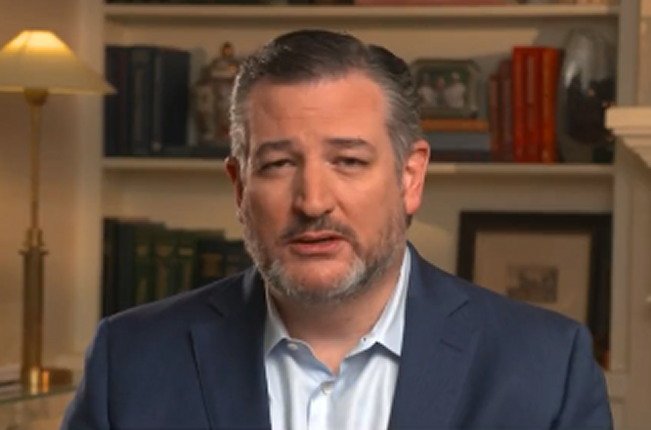 
Ted Cruz is trying to get the United States back to being energy independent.

This would be the best thing the country could do right now in response to Putin’s invasion of Ukraine.

It would cut Putin’s financial legs out from under him and improve America’s economy at the same time.

Republican Senator Ted Cruz of Texas introduced a bill to “restore American energy independence” amid the Russian invasion of Ukraine that is hitting the energy sector hard.

Cruz announced on Friday his new bill, the Energy Freedom Act, in a press release in which he blasted President Biden for having led America to lose our “status as a net petroleum exporter” with his energy sector executive orders.

“These policies have poured billions of dollars into countries such as Russia and Iran, which use those funds to attack our allies and undermine the national security of America,” Cruz said in his release.

“President Biden has imposed more restrictions on U.S. oil companies than he has on Russian oil,” the senator continued. “With Iran, he has looked the other way as the regime busted through sanctions and raised their exports to more than one million barrels per day for the first time in almost three years.”

Cruz also said he was introducing the Energy Freedom Act “to reverse Biden’s actions so we can restore American energy independence” and that the bill “won’t cost taxpayers a dime” while creating “billions in revenue in the coming years” for the U.S. “by expediting permitting, leasing, safe new pipelines, and exports, and providing much needed regulatory certainty.”

This is absolutely the right thing to do.

Every single Republican needs to get on board with this.