SHOCK VIDEO: Lead Russian Negotiator Caught on Tape Bragging About How Iran, Russia and China Teamed Up to Screw US and Deliver Huge Wins for Iranian Nuclear Program 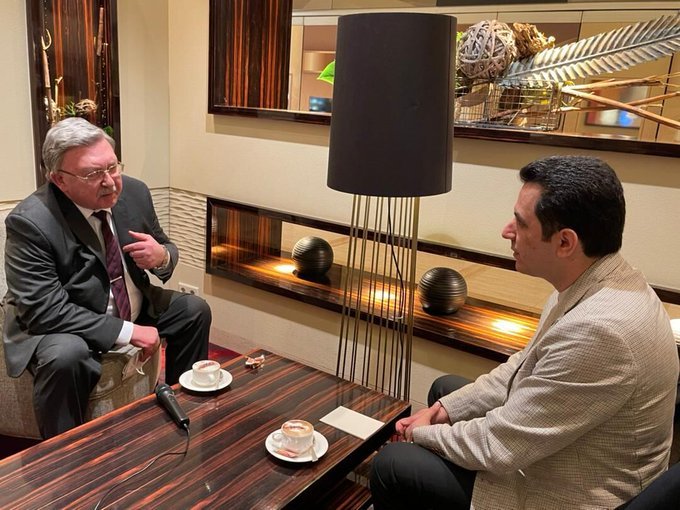 On top of all the other damage Joe Biden is causing the country, news came out this weekend that the Biden regime is using RUSSIA as an intermediary in their NUCLEAR TALKS with Iran.

This is truly astonishing and, of course, it was ignored by the fake news media.

This is the latest Biden catastrophe.

On Monday the lead Russian negotiator was caught on video bragging about how Russia, Iran and China teamed up to deliver huge wins for Iran’s nuclear program in talks with the Biden regime.

Could the Biden regime be any worse if they tried?
Are they purposely trying to destroy America?
You have to ask the question!

Shocking video: This is the lead Russian negotiator for the Iran nuclear talks, Mikhail Ulyanov.

He’s bragging about how Russia, Iran, and China teamed up to deliver huge wins for Iran’s nuclear program in Vienna negotiations. pic.twitter.com/oiTOgfh99i

The interview was published at the Islamic Republica News Agency, the official outlet of the Iranian regime.

Russia’s top representative in the Vienna talks has underlined that the Islamic Republic has succeeded in getting much more than what was expected in the first place to secure Iranians’ rights for nuclear energy as well as removal of sanctions.

In an exclusive interview with IRNA, Russia’s permanent representative to international organizations in Vienna Mikhail Ulyanov said on Saturday that he is absolutely sincere “Iran got much more than it could expect.”

“Judging by circumstances of course there are wishful thinking to get everything,” he said, adding, “Realistically speaking, Iran got more than frankly I expected, others expected.”

Representatives from Iran, the European Union and the P4+1 group (Britain, France, Russia, China plus Germany) hold the eighth round of the Joint Commission meetings of the Joint Comprehensive Plan of Action (JCPOA) in Vienna, Austria to revie the 2015 nuclear deal and lift anti-Iran sanctions.

Previous articleCathie Wood explains why it’s been ‘totally right’ to believe in Tesla
Next articleTottenham 5-0 Everton: Jamie Carragher says Frank Lampard’s side are ‘so weak’ they could be relegated
- Advertisement -