Some Colleges Are Winding Down Surveillance Testing, Once a Key Covid-Mitigation Strategy 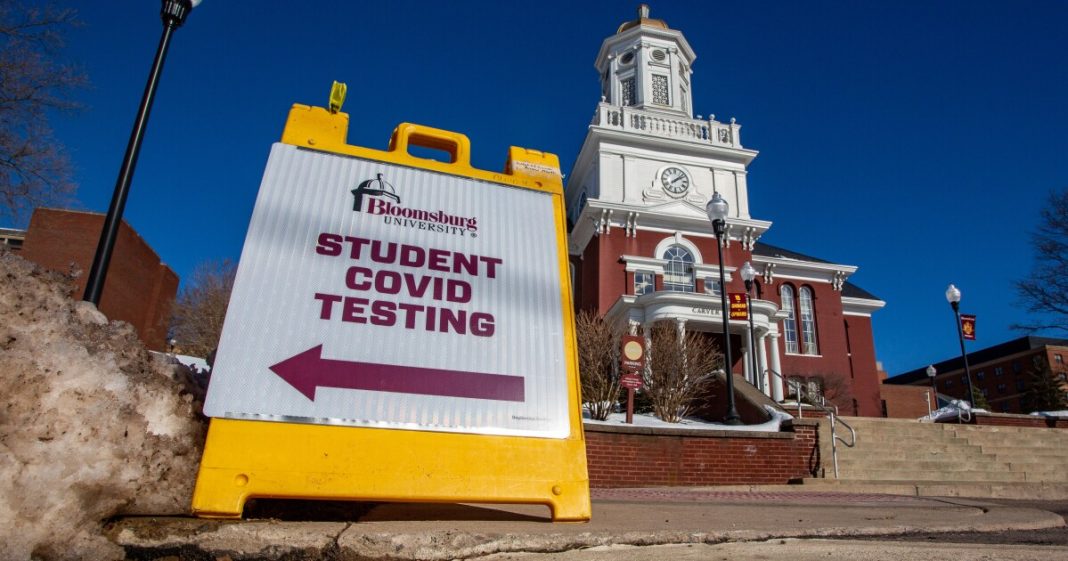 
Last spring semester, Duke University regularly ran more than 20,000 — once more than 30,000 — coronavirus tests a week on its students, staff, and faculty. By last week, that number was roughly halved, to a little more than 12,000 tests.

At its peak testing pace, Cornell University was running about 40,000 tests weekly for the on-campus community, said Gary A. Koretzky, an immunologist who is vice provost for academic integration. Now administrators are running about 6,000 a week.

Both colleges are planning to do even fewer tests in the future. Starting March 21, Duke will no longer require students who are compliant with its vaccine and booster mandate, and who have no Covid symptoms, to be tested. Cornell stopped mandating surveillance tests for the vaccinated and boosted last month.

The decisions come long after a wave of colleges stopped requiring vaccinated students to participate in surveillance testing in the fall of 2021 term, in part as an enticement to get the shots. Meanwhile, other colleges, including George Washington and Harvard Universities, are still testing their vaccinated students frequently.

Cornell and Duke are both wealthy private colleges that didn’t face the same financial or political pressures over Covid-prevention protocols as some in higher education, and each of their extensive testing programs garnered outside attention. That they are drawing down their programs signals that for a growing number of colleges, Covid’s current risks are worth tolerating.

“We believe that we have managed the virus sufficiently in the local community that people who are fully vaccinated and boosted, we don’t have to have them test on this regular basis to prevent serious illness,” Koretzky said.

It’s also a further sign that they no longer believe it’s necessary or possible to prevent every infection.

“This is just also the reality of the Omicron variant,” Koretzky said. “It’s quite extensive, and we don’t think that it’s possible right now to identify every single case and completely eradicate the virus.”

Cornell was one of the first universities to report widespread presence of the Omicron variant among its students. At one point in December, it reported more than 900 active infections at once. Duke, too, saw an Omicron surge that nearly overcame its capacity to test all students.

For the near future, both institutions are maintaining their capability to ramp up testing, should another variant or surge of infections come along, campus leaders say. At the same time, administrators always want to use resources efficiently. For now, Duke is keeping its testing staff and lab space, but leaders will watch what the voluntary demand for testing is after the mandatory program for vaccinated students ends.

“If the interest drops off, then I think we’ll have discussions and say, ‘Well, should we contract it a little bit further?’” said Thomas N. Denny, chief operating officer for the Duke Human Vaccine Institute, where Duke’s campus testing program is based.

At Cornell, the administration is keeping lab personnel. “This pandemic has been very unpredictable, so we don’t want to decommission the laboratory too soon,” said Lorin D. Warnick, dean of the college of veterinary medicine, which hosted Cornell’s testing lab until recently. (The university now uses a new off-campus lab, which serves both the campus and surrounding community.) But the people hired to supervise students as they swabbed their noses for required tests may soon need to find new jobs. Some have already received notice their positions will end this month. More layoffs may be coming, but university leaders are still evaluating how many people they will need, Warnick said. Cornell is working with sample-site workers to find them new positions within the university if they are interested, he said.

As much as people might personally wish to be done with the pandemic — and Cornell’s and Duke’s decisions are signals that calmer times may be coming — it’s wise to remain ready for another, tougher period, Denny said. “The virus will decide when it’s done with us,” he said. “It’s not us deciding when we’re done with it.”