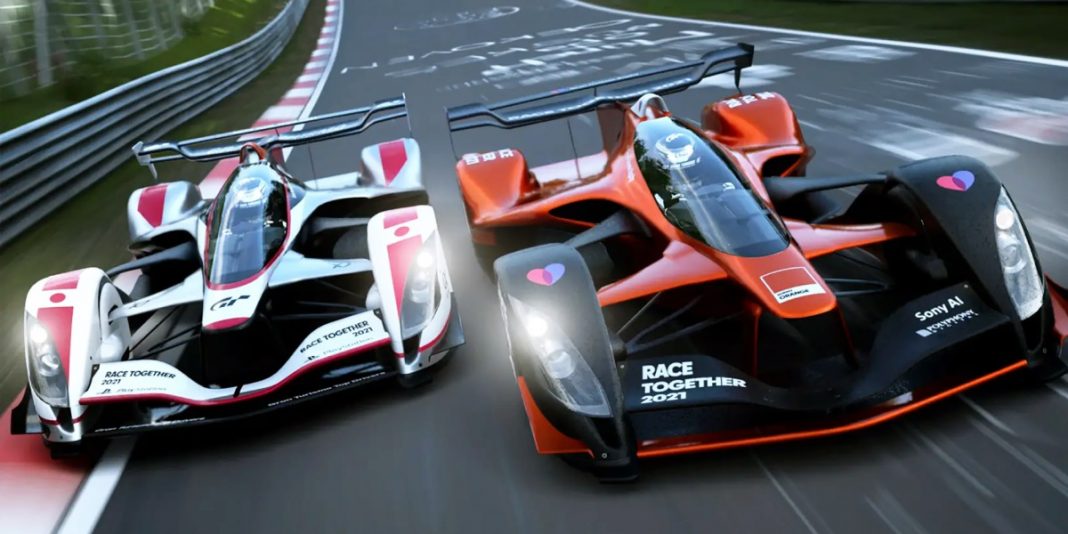 
But Sony soon learned that speed alone wasn’t enough to make GT Sophy a winner. The program outpaced all human drivers on an empty track, setting superhuman lap times across three different virtual courses. Yet when Sony tested GT Sophy in a race against multiple human drivers, where intelligence as well as speed is needed, GT Sophy lost. The program was at times too aggressive, racking up penalties for reckless driving, and too timid, giving way when it didn’t need to.

Sony regrouped, retrained its AI, and set up a rematch in October. This time GT Sophy won with ease. What made the difference? It’s true that Sony came back with a larger neural network, giving its program more capabilities to draw from on the fly. But, ultimately, the difference came down to giving GT Sophy something that Peter Wurman, head of Sony AI America, calls “etiquette”: the ability to balance its aggression and timidity, picking the most appropriate behavior for the situation at hand.

This is also what makes GT Sophy relevant beyond Gran Turismo. Etiquette between drivers on a track is a specific example of the kind of dynamic, context-aware behavior that robots will be expected to have when they interact with people, says Wurman.

An awareness of when to take risks and when to play it safe would be useful for AI that is better at interacting with people, whether it be on the manufacturing floor, in home robots or driverless cars.

“I don’t think we’ve learned general principles yet, about how to deal with human norms that you have to respect,” says Wurman. “But it’s a start and hopefully gives us some insight into this problem in general.”

GT Sophy is just the latest in a line of AI systems that have beaten the world’s best human players at various games, from chess and Go to video games like Starcraft and DOTA. But Gran Turismo offered Sony a new kind of challenge. Unlike those other games, especially those that are turn-based, excelling at Gran Turismo means controlling a vehicle at the limits of what’s physically possible, in real time, and in close proximity with other players all trying to do the same.

Previous articleCustomer and employee experience: The new normal
Next articleThe Download: how a racing AI won, and taking on biotech’s big challenges
- Advertisement -