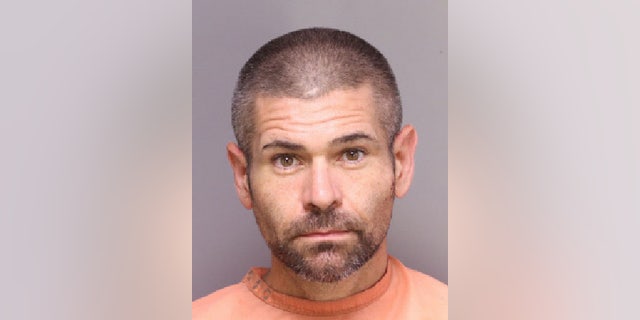 A man who police say was shooting at cars passing his home Saturday in Florence County, South Carolina, has been charged with murder after an 8-year-old boy he allegedly shot in the neck died of his injuries Sunday.

Charles Montgomery Allen, 40, has also been charged with attempted murder, four counts of discharging a firearm into an occupied vehicle, and possession of a weapon during the commission of a violent crime.

Florence County Sheriff TJ Joye told local WBTW that there appeared to be “no motive” for the shooting of the boy, whom the Florence County Coroner’s Office identified as Quarius Dunham.

Authorities said Allen thought people were “out to get him” and began shooting at random vehicles Saturday after shooting up his own house. After a brief standoff with police, he was taken into custody. He is being held without bail at the Florence County Detention Center.

Dunham was on vacation in South Carolina with his family when was struck while sitting in the passenger seat of the car. His father, whose name has not been released, was shot in the leg while in the driver’s seat but is expected to survive, according to coroner Keith von Lutcken.

US MARKS MEMORIAL DAY WEEKEND WITH WAVE OF SHOOTINGS

“You had asked how to put this into words,” McEachern said. “I don’t think that’s possible. Our hearts go out to the family and there have not been details released yet from South Carolina, so we honor that at the moment, but we are so saddened to hear this senseless act.”

Portsmouth Superintendent of Schools Steve Zadravec said in a statement: “It is with the heaviest of hearts that I share the sad news that one of our third grade students at [Little Harbour School] was killed this weekend. His family was on vacation and were victims of a random shooting in South Carolina. An event like this touches our community as a whole. Our hearts are with the family as we support each other through this unbelievable tragedy.”

The shooting in Florence comes days after three men were charged in the drive-by shooting death of a 6-year-old whose home in Orangeburg, South Carolina, was mistakenly targeted in a drug deal, according to authorities.

Previous articleBen Stokes says England can ‘show the world the talent we have’ under himself and Brendon McCullum
Next articleStranger Things’ Gaten Matarazzo Leaves Hawkins High for a New School in Honor Society – E! Online
- Advertisement -