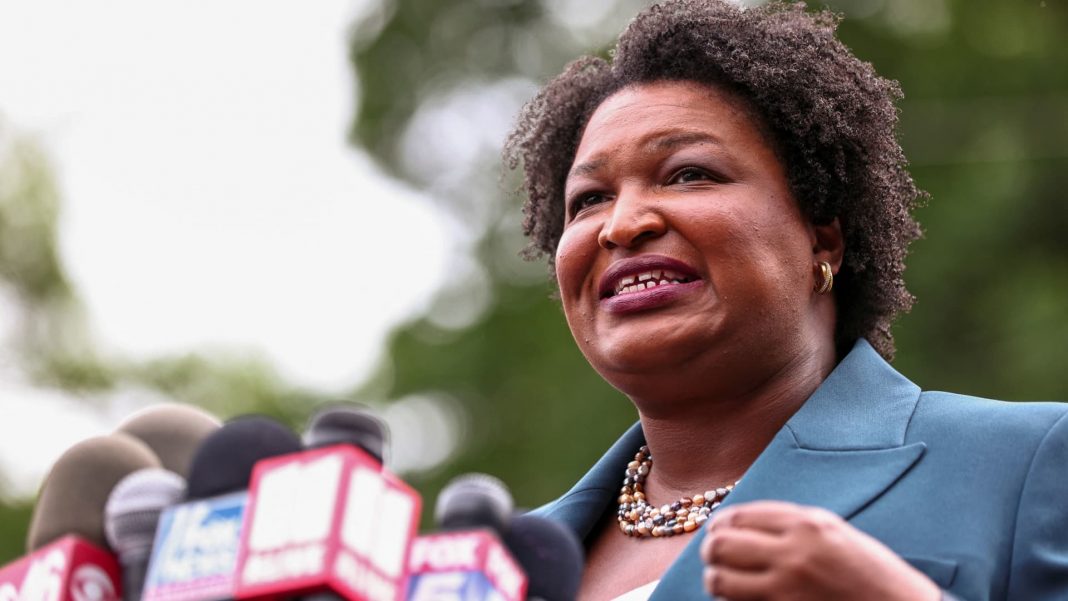 Democratic gubernatorial candidate Stacey Abrams speaks at a news conference during the primary election in Atlanta, Georgia, U.S. May 24, 2022.

Stacey Abrams will win the Democratic primary election for governor in Georgia, while the Republican gubernatorial primary was too early to call when polls closed Tuesday evening, NBC News projected.

The GOP candidate who advances to the general election will face Abrams, the progressive Democrat who narrowly lost to Kemp in the 2018 gubernatorial contest.

If no candidate wins a majority of the vote, the two frontrunners will compete in a runoff election in late June.

Kemp earned Trump’s ire by certifying President Joe Biden’s win over Trump in Georgia in the 2020 election, making Biden the first Democratic presidential candidate in decades to win the state. Trump has falsely claimed that that race and others were rigged against him through widespread voter fraud. He pushed Kemp to take steps to overturn Georgia’s election results, but the governor refused.

Trump also endorsed Rep. Jody Hice, R-Ga, who mounted a primary challenge against Republican Secretary of State Brad Raffensperger, another of Trump’s perceived enemies. Raffensperger rebuffed Trump’s request to “find” enough votes in Georgia for him to win in 2020.

Both Perdue and Hice have echoed Trump’s election claims. Reviews of ballots conducted by state and federal officials found no evidence of widespread voter fraud; William Barr, Trump’s attorney general at the time, came to the same conclusion. Dozens of lawsuits filed by Trump and his allies failed to change any state’s election results.

The primary races in Georgia, a swing state that narrowly voted for Biden in the 2020 presidential election, also mark the biggest test to date of Trump’s enduring influence over the Republican Party.

Trump has touted the fact that most of the candidates he endorsed in the 2022 election cycle have won their primaries, though many of those races were not competitive. Fifteen months after his single term in the White House, the former president has held his status as the de facto leader of the GOP. Many Republican primary candidates have tried to appeal to the party’s base by talking up their pro-Trump credentials, even if the former president did not endorse them.

The primary elections will set the table for the November midterms, when Republicans hope to win majority control of the House and Senate. Democrats are fighting uphill: The president’s party tends to underperform in the midterm elections, and the lead-up to the primaries has been marked in part by high inflation and low approval ratings for Biden.