Stanford Is Investigating Its Own President Over Research-Misconduct Allegations 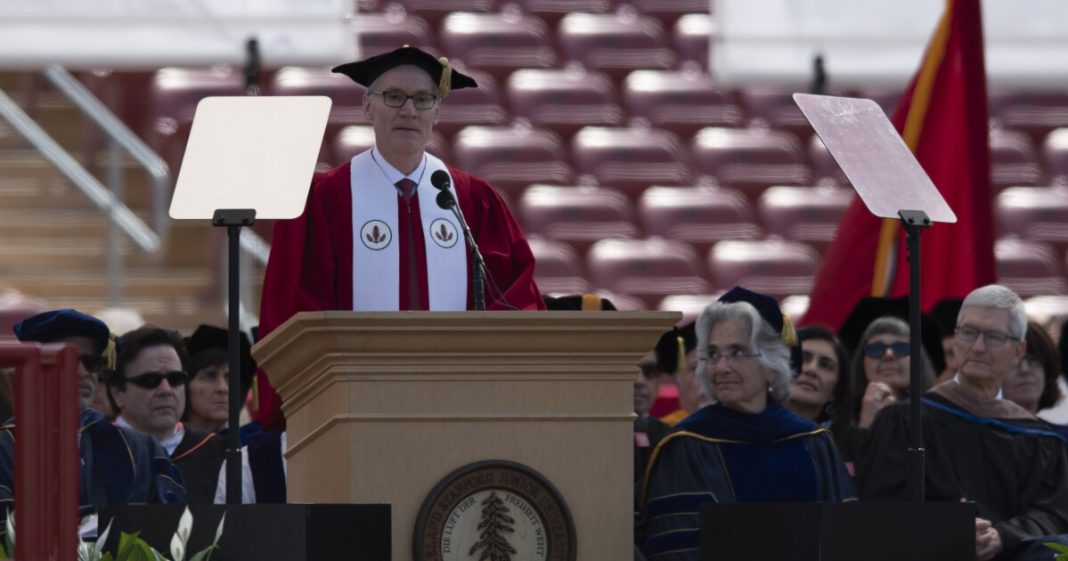 
Stanford University’s board of trustees is overseeing an investigation into the university’s president, Marc Tessier-Lavigne, over allegations that neurobiology papers that he co-authored contain multiple manipulated images, a university spokeswoman told The Chronicle on Tuesday night.

The announcement of the inquiry follows a report earlier Tuesday in The Stanford Daily about concerns relating to images in at least four papers of Tessier-Lavigne’s — two of which listed him as senior author — that date back to at least 2001. Concerns about these papers, along with others, have been publicly raised for years by Elisabeth Bik, an independent scientific misconduct investigator, on PubPeer, a website where people point out anomalies about research, and the Daily reported that it had corroborated her suspicions with two other misconduct experts.

The Daily confirmed that at least one journal, The European Microbiology Organization (EMBO) Journal, was reviewing a 2008 study which lists Tessier-Lavigne, a decorated neuroscientist, as one of its 11 authors. Three other papers of his that contain “serious problems,” Bik told the student newspaper, were published in Science and Nature. Stanford spokeswoman Dee Mostofi acknowledged to the Daily that there were “issues” in the papers, but said that Tessier-Lavigne “was not involved in any way in the generation or presentation of the panels that have been queried” in two of the papers, including the one being reviewed by EMBO. The issues in the other two “do not affect the data, results or interpretation of the papers,” Mostofi told the Daily.

But on Tuesday night, the university said it would undertake its own inquiry. It will “assess the allegations presented in the Stanford Daily, consistent with its normal rigorous approach by which allegations of research misconduct are reviewed and investigated,” Mostofi said in an email to The Chronicle, citing the university handbook’s guidance.

“In the case of the papers in question that list President Tessier-Lavigne as an author, the process will be overseen by the Board of Trustees,” Mostofi added.

The situation is highly unusual, given that Tessier-Lavigne, who was named Stanford’s president in 2016, is a member of the board now charged with investigating him. Mostofi said that Tessier-Lavigne “will not be involved in the Board of Trustees’ oversight of the review.”

In a statement provided by Stanford, Tessier-Lavigne said, “Scientific integrity is of the utmost importance both to the university and to me personally. I support this process and will fully cooperate with it, and I appreciate the oversight by the Board of Trustees.”

Mostofi did not answer questions about how long the investigation was expected to take or if Stanford was coordinating or cooperating with The EMBO Journal’s investigation.

Bik, the watchdog who raised concerns about the papers, told The Chronicle that she was encouraged to learn that both Tessier-Lavigne and Stanford appeared to be taking the situation seriously.

“Somebody needs to investigate who was making these figures or making these errors,” she said. “It might not be him, but his name is on the papers.”