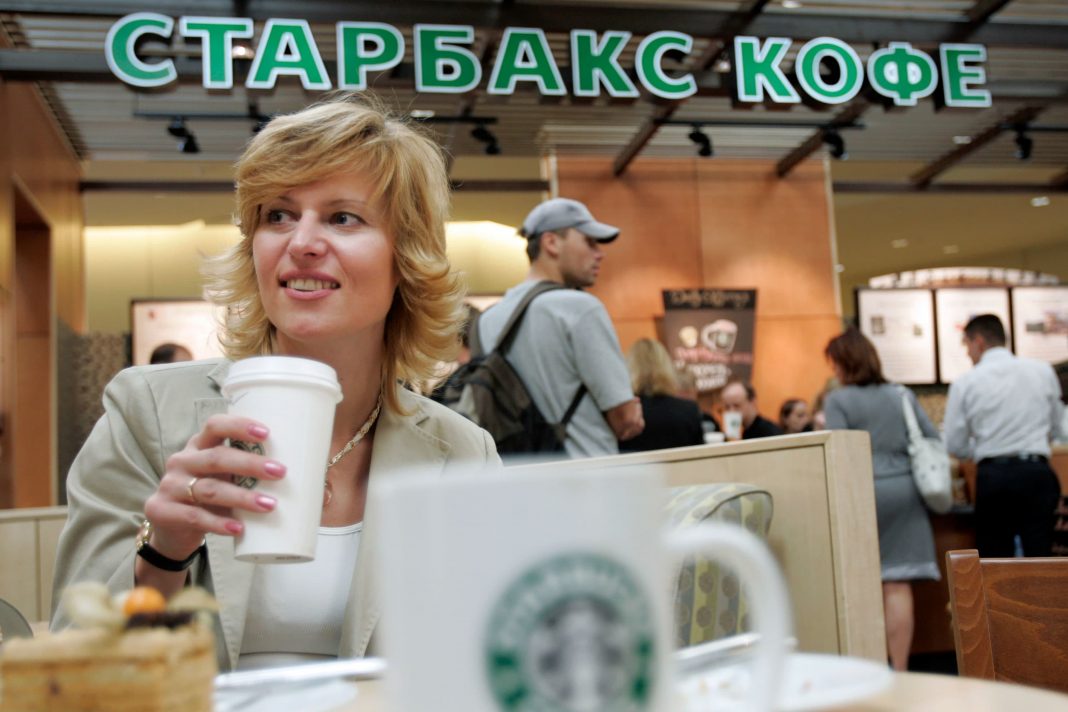 A woman drinks coffee in a Starbucks in a mall in Khimki outside Moscow.

Starbucks is suspending all business activity in Russia as Putin’s forces continue their attacks on Ukraine.

The announcement comes after fellow restaurant giant McDonald’s said earlier on Tuesday that they would temporarily close their Russian restaurants. The burger chain faced criticism for staying silent on the war, given its large footprint in Russia.

Starbucks has much smaller exposure to the Russian and Ukrainian markets. The company has about 130 locations in Russia and Ukraine, according to Bank of America Securities. All of those cafes are licensed locations, so the Seattle-based company doesn’t operate any of them itself. Cowen analyst Andrew Charles estimated that those locations accounted for less than 1% of Starbucks’ global revenue.

CEO Kevin Johnson wrote in a letter on Tuesday afternoon that the company would provide support to its nearly 2,000 employees who live in Russia. The pause on business activity includes shipping Starbucks products and its licensee will temporarily shutter Starbucks stores.

In a separate letter released Friday, Johnson condemned the attacks on Ukraine and vowed to donate royalties from its Russian business to humanitarian causes in Ukraine.