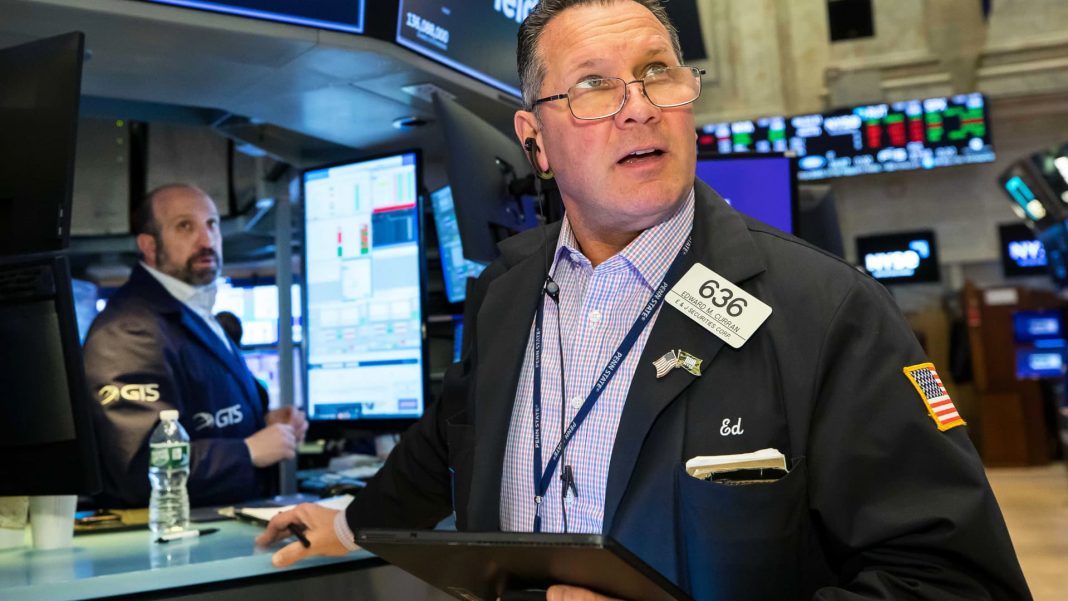 Earnings season is here, and it may distract investors from other issues, but it’s not likely to be the big driver of the overall market in the week ahead.

Investors instead will keep an eye on the things that have been worrying the market — interest rates, inflation and war in Ukraine — and they will be sifting through company commentaries to see how these things are impacting the bottom line.

A highlight of the week should be Thursday’s International Monetary Fund panel, which includes Federal Reserve Chair Jerome Powell and European Central Bank President Christine Lagarde, among others. The panel is a debate on the global economy and is to be moderated by CNBC’s Sara Eisen.

Bank earnings will continue to roll in with Bank of America and Bank of New York Mellon both reporting Monday. Transportation companies will also release their numbers, including trucking firms Knight-Swift Transportation and J.B. Hunt Transport. United Airlines, American Airlines and Alaska Air are also on the calendar, as are railroads CSX and Union Pacific.

“Guidance is going to continue to be poor. Companies are going to whine and complain about cost pressures, even when they’re going to report improved results,” Golub said. “I think that’s going to make it a little sloppier in terms of the price action.”

Strategists expect there could be more misses and fewer beats in the first quarter earnings season. Earnings are expected to increase by 6.3% for the first quarter, based on actual reports and estimates, according to I/B/E/S data from Refinitiv.

Strategists expect the market to remain volatile, as the Federal Reserve prepares to raise interest rates again in early May and continue to tighten policy this year.

“Our broader view is we’re going to continue to be in this big, broader choppy range,” Lerner said. “The way I see it for the next couple of months, is no new highs, and no new lows.”

The S&P 500 was down about 2.1% for the shortened four-day week. Markets are closed on Good Friday.

Rising bond yields were weighing on the stock market this past week, and the 10-year Treasury yield made a rapid move up to a high of 2.83% Wednesday from 2.70% on the previous Friday. It was at 2.82% Thursday.

The big focus for the bond market will be Powell’s comments Thursday.

“I think Powell’s going to be hawkish. He’s going to emphasize that they’re going to hike, hike a bunch, do the balance sheet and get on with it,” said Michael Schumacher, director rates strategy at Wells Fargo.

Lerner said uncertainty about the Fed is one reason he downgraded the stock market from attractive to neutral this past week. He also did it based on rising yields and the defensive positioning he sees in the stock market.

“Given the rise in yields, the comparative valuations are now in a place where stocks have historically had an average outperformance [versus bonds] of about 3.5%, rather than the double digits when yields are lower,” he said.

“When you look at the more economically sensitive areas of the market — financials, transportation and home builders, they’re all lagging. That’s telling us the market is concerned about slower growth,” he said. “Our view is recession risk is still relatively low over the next year. However, this is telling you we’re more likely to have a slowdown in the economy. Part of that is the Fed and also the sticky inflation numbers.”