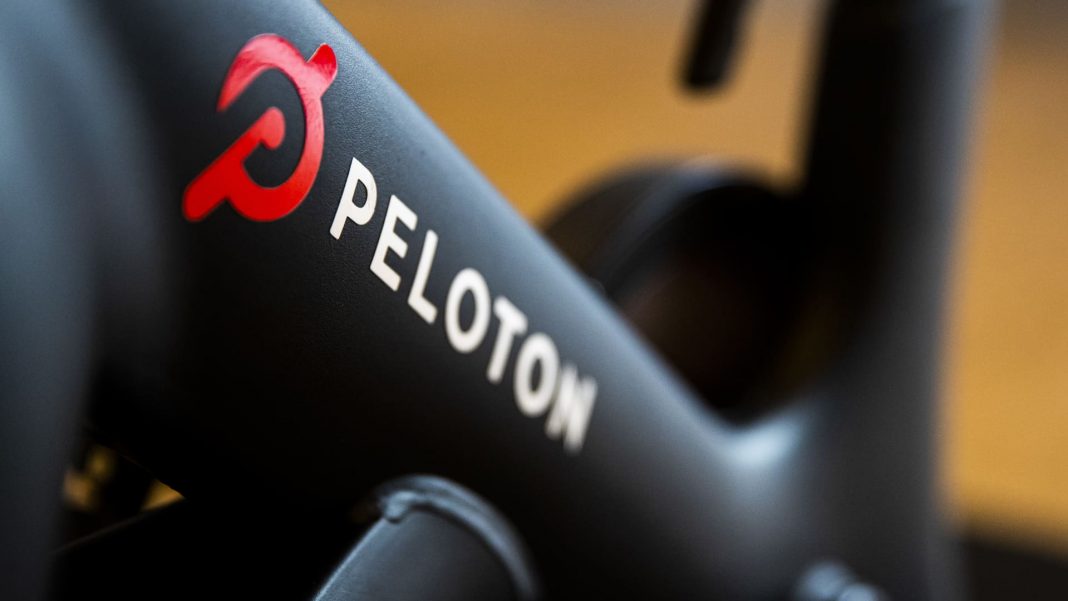 A Peloton Interactive Inc. logo on a stationary bike at the company’s showroom in Dedham, Massachusetts, U.S., on Wednesday, Feb. 3, 2021.

Check out the companies making headlines in midday trading.

Peloton – Shares tumbled 12% after the equipment maker disclosed it’s piling up excess inventory and burning through cash in a disappointing earnings report. Peloton also issued a dim fiscal fourth-quarter sales outlook and expects an upcoming price hike may lose the company some subscribers.

Novavax – Shares fell 2% after the vaccine maker missed top and bottom line estimates for its latest quarter. The first quarter was, however, Novavax’s first profitable quarter. The company also reiterated its prior 2022 revenue forecast, anticipating vaccine sales will accelerate during the current quarter.

BioHaven Pharmaceutical – Shares of the drugmaker surged nearly 70% after Pfizer announced a deal to buy BioHaven, whose main product is a migraine pill called Nurtec. Shares of Pfizer were up less than 1%.

AMC Entertainment – The stock fell 6.7% after the movie theater operator posted a smaller-than-expected quarterly loss as well as revenue that exceeded analyst forecasts. AMC was helped by the release of popular big-budget movies like “The Batman,” and the company noted a jump in per-patron revenue above pre-pandemic levels

Palantir – Shares of Palantir dropped 4% on Tuesday, extending a 21% decline from Monday that came on the heels of a disappointing first-quarter report with weak guidance. RBC Capital Markets downgraded Palantir to underperform, saying that the company would have trouble hitting its revenue growth goals.

Sunrun – The solar company’s shares fell more than 8% after KeyBanc downgraded the stock to a sector weight rating from overweight. The firm cited “significant uncertainty presented by the recent proposed decision related to net metering reform in [California].”