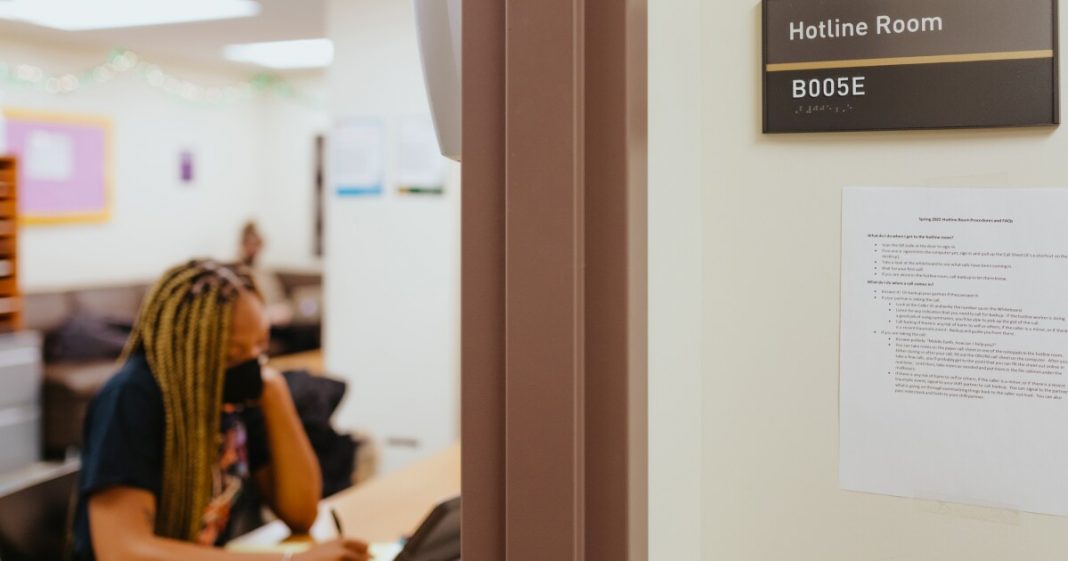 
There is strong interest on college campuses for scaling up peer support as a mental-health resource for students. But more research is needed to establish guidelines for the programs — in light of concerns about liability, training, and risks for students leading the efforts.

That’s according to a new report by the Mary Christie Institute, a think tank focused on college students’ well-being. The report was commissioned by the institute and by the Ruderman Family Foundation.

The report’s authors argue that peer support should be taken seriously as part of a public-health approach to treating student mental health, especially as college-counseling centers struggle to meet the demand for services. The report — which is based on case studies, interviews with experts, a literature review, and a survey of counseling-center directors — calls on the higher-education and philanthropic communities to spearhead new research on what ideal peer-support models should look like.

Peer support can take different forms, including peer-education programs, such as tabling (setting up tables with information about mental health); confidential sessions with a trained peer counselor; peer coaching; peer-staffed mental-health hotlines; and anonymous online peer-to-peer communities, like those offered by TimelyMD and Togetherall.

The report follows a survey, conducted this year by the institute, that found that one in five college students had used some form of peer support in the past year. Nearly 60 percent said it had been helpful, and rates of use were higher among Black, LGBTQ, and first-generation students.

Included in the new report are findings from a July 2022 survey that asked college-counseling directors about their views of peer-support models. The survey was distributed to members of the Association for University and College Counseling Center Directors, and while the response rate was low, 95 percent of the 57 respondents indicated interest in some kind of peer support.

But there was significant variation in counseling directors’ interest among the different types of support programs. Campus officials indicated they were most interested in and likely to support peer-education programs, which they saw as the easiest to carry out. There was also strong interest in peer-listening programs, short-term mental-health coaching, and support groups.

There were lower levels of interest — 30 percent — in peer counseling, which was defined as “confidential counseling by a trained peer” who helps students navigate mental and emotional concerns, including depression, anxiety, and suicidal ideation.

Marcus Hotaling, director of the counseling center at Union College in New York and president of the counseling directors’ group, was among the experts interviewed for the report. Hotaling told The Chronicle that he is concerned about peer-support models that more closely resemble traditional counseling, especially about supervision, training, and support for the students who lead the sessions.

“I’m much more comfortable with tabling, or with a mindfulness meditation group, versus students sitting down and doing counseling,” he said. “Not only are there potential ethical concerns, but students are already carrying a lot of stress.”

But Hotaling thinks it’s possible, with the right training and supervision, for such programs to be done well. He pointed as an example to the University at Albany’s decades-old Middle Earth Peer Assistance Program, which includes a hotline, peer-to-peer coaching, and wellness workshops. The program on the State University of New York campus is student-driven but professionally supervised.

Zoe Ragouzeos, chief clinical officer of the Mary Christie Institute and an author of the report, said it highlights the need for standardized protocols and training for peer-support efforts. Ragouzeos is also executive director of counseling and wellness services at New York University.

She hopes the report will prompt research about the effectiveness of different forms of peer support and which types of programs work best for particular student concerns.

While peer support can’t replace professional counseling, the report concludes, it should be pursued as a valuable part of a public-health approach to student well-being. Peer support can help students deal with temporary issues, like loneliness or homesickness, that aren’t the result of a mental-health diagnosis. In some cases, it can be a bridge to more-intensive care. And it can be especially helpful for students from certain identity groups who want to connect with peers they can relate to.

“But again, without data, you don’t know which students this is actually working for,” Ragouzeos said.

Previous articleFive Eco-Innovators Present Their Takes On How To Make The Business Of Fashion More Sustainable
Next articleHow new versions of solar, wind, and batteries could help the grid
- Advertisement -