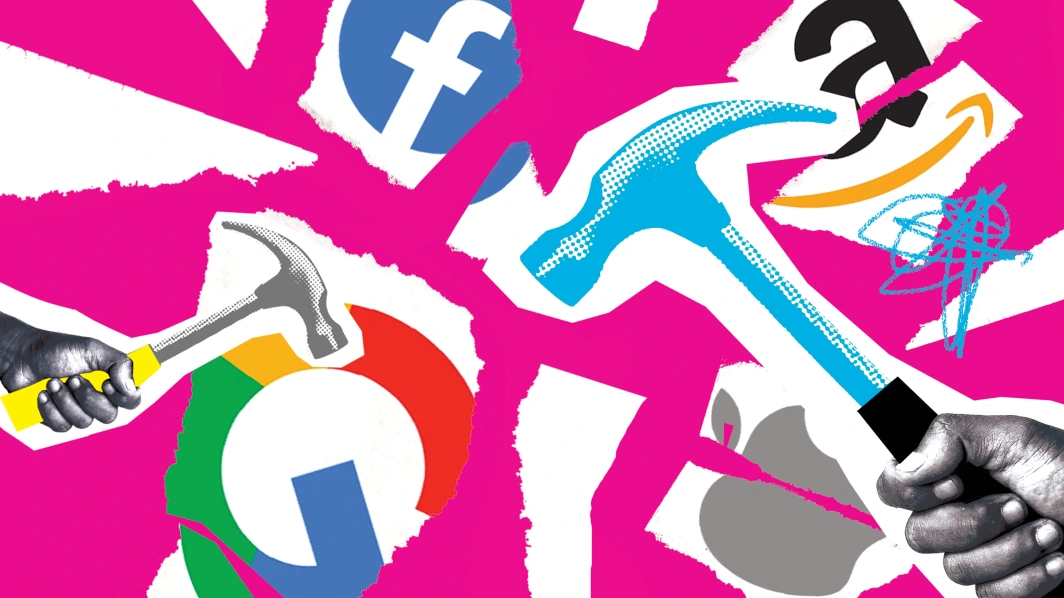 This is today’s edition of The Download, our weekday newsletter that provides a daily dose of what’s going on in the world of technology.

The UN climate conference wrapped up over the weekend after marathon negotiations that ran way over. The most notable outcome was the establishment of a fund to help poor countries pay for climate damages, which was hailed as a win. Beyond that, some leaders are concerned there wasn’t enough progress at this year’s talks.

Consequently, everyone is pointing fingers, blaming others for not taking action fast enough on climate funding. Activists are calling the US the ‘colossal fossil,’ while US leaders complain about being blamed while China is the current leading emitter.

But when it comes to working out who should be paying what in accepting liability for climate damages, we need to look beyond current emissions. When you add up historic emissions, it’s super clear: the US is by far the greatest total emitter, responsible for about a quarter. Read the full story.

Casey’s story is from the Spark, her weekly newsletter delving into the tricky science of climate change. Sign up to receive it in your inbox every Wednesday.

We could run out of data to train AI language programs

What’s happening? Large language models are one of the hottest areas of AI research right now, with companies racing to release programs like GPT-3 that can write impressively coherent articles and even computer code. But there’s a problem looming on the horizon, according to a team of AI forecasters: we might run out of data to train them on.

How long have we got? As researchers build more powerful models with greater capabilities, they have to find ever more texts to train them on. The types of data typically used for these models may be used up in the near future—as early as 2026, according to a paper by researchers from Epoch, an AI research and forecasting organization. Read the full story.

Podcast: Want a job? The AI will see you now.

In the past, hiring decisions were made by people. Today, some key decisions that lead to whether someone gets a job or not are made by algorithms. In this episode of our award-winning podcast, In Machines We Trust, we meet some of the big players making this technology including the CEOs of HireVue and myInterview—and test some of these tools ourselves.

Listen to it on Apple Podcasts, or wherever you usually listen.

3 Measles is a growing global threat
Vaccination rates are down, and it’s incredibly contagious. (Axios)

5 The true cost of America’s war on China’s chips
The pricier the components, the more expensive the final product will be. (FT $)
+ Workers at the world’s biggest iPhone factory are rioting. (Bloomberg $)
+ Inside the software that will become the next battle front in the US-China chip war. (MIT Technology Review)

6 Rocks on Mars suggest it could once have been habitable
Organic molecules found in the rocks may have supported forms of life. (WP $)
+ A UK-made Mars rover is heading back to the red planet. (BBC)

7 Why future concrete may contain bacteria
Bioconcrete is strong, and—crucially—greener. (Economist $)
+ These living bricks use bacteria to build themselves. (MIT Technology Review)

8 The experience of shopping on Amazon really sucks these days
And it’s because everything is an advert. (WP $)

9 What it’s like to love the tech the world’s left behind
From walkmans to BlackBerrys, these ardent fans aren’t letting go. (The Guardian)
+ Smartphones have survived all the attempts to replace them. (The Verge)

10 The comments on YouTube’s videos are works of art
Literally—an artist has made them into actual art. (New Yorker $)

“He’s always trying to get a laugh, that’s why he makes all his cars suicidal.”

—Dril, one of the seminal personalities of the humorous corner of “weird Twitter,” reflects on Elon Musk’s surreal leadership to the Washington Post.

What does breaking up Big Tech really mean?

For Apple, Amazon, Facebook, and Alphabet, covid-19 was an economic blessing. Even as the pandemic sent the global economy into a deep recession and cratered most companies’ profits, these companies—often referred to as the “Big Four” of technology—not only survived but thrived.

Yet at the same time, they have come under unprecedented attack from politicians and government regulators in the US and Europe, in the form of  new lawsuits, proposed bills, and regulations. There’s no denying that the pressure is building to rein in Big Tech’s power. But what would that entail? Read the full story.

+ This kitten’s goalkeeping is just extraordinary.
+ I really enjoy the color combos this Twitter bot comes up with (thanks Niall!)
+ Atarah Ben-Tovim sounded like an amazingly inspiring music teacher.
+ How to expand your movie-watching horizons and delve into something new.
+ After the recent chess cheating scandal, I can’t trust anyone anymore. Here’s how to spot a dodgy opponent.

Previous articleThe US and China are pointing fingers at each other over climate change
Next articleWe can now use cells from dead people to create new life. But who gets to decide?
- Advertisement -