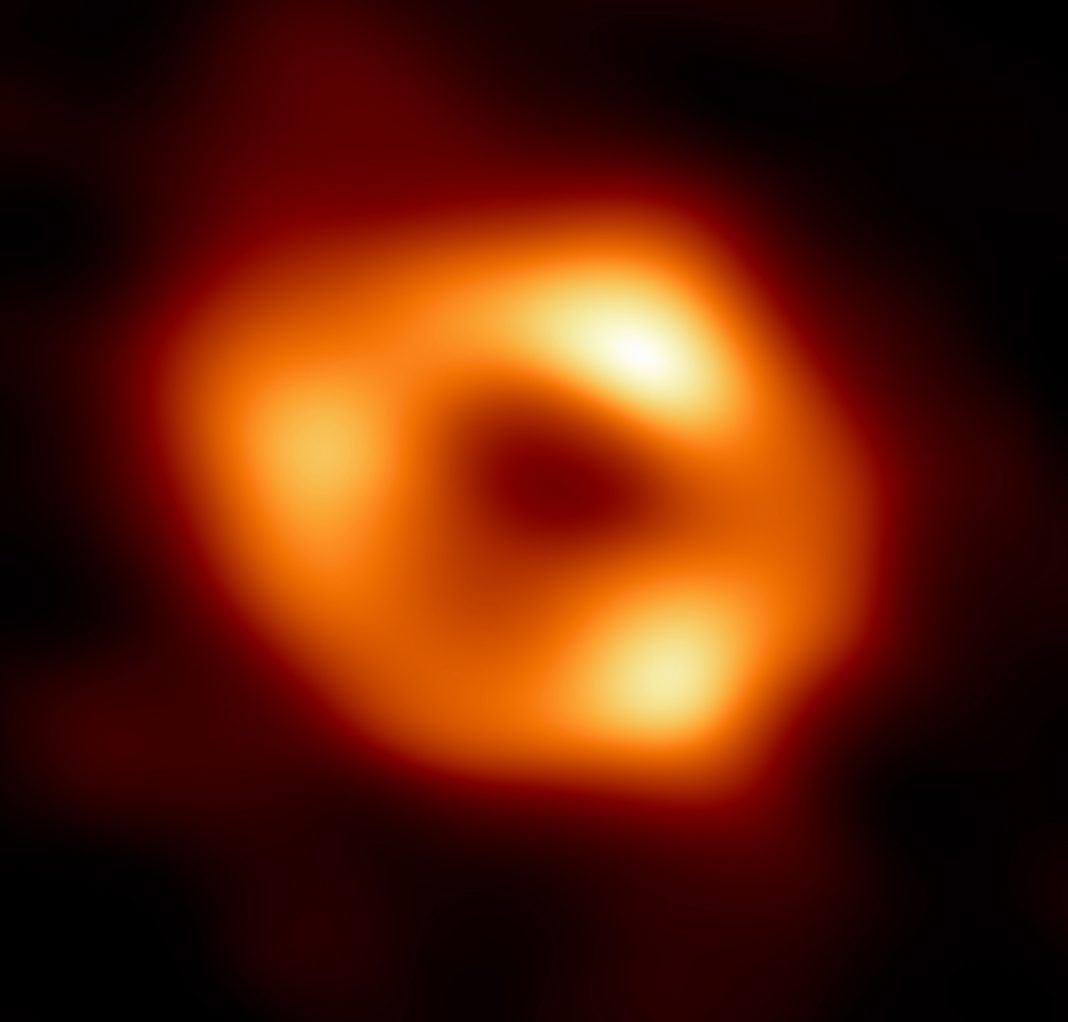 It might not look like much, but this blurry orange-and-black picture is the supermassive black hole at the heart of our Milky Way galaxy, which has been pictured for the first time.

Although the black hole itself, known as Sagittarius A*, is entirely dark, it’s encircled by a bright ring of glowing gas that’s been warped by its own gravity. It was captured by the Event Horizon Telescope Collaboration, the same global team that took the famous first-ever picture of a black hole inside the Messier 87 (M87) galaxy in 2019. Read the full story.

“I want to return to my family – and not in a casket.”

—Dmitri, a Russian soldier, explains why he refused to rejoin the invasion of Ukraine once back on Russian soil to The Guardian.

1 Elon Musk has put his Twitter deal “on hold”
He said he’s waiting for details supporting the calculation that spam and fake accounts represented fewer than 5% of users. (WP $)
+ The news comes after the company fired two of its most senior executives. (NYT $)
+ For celebrities, Twitter is high risk and low reward. (WP $)
+ Musk is pitting American Tesla workers against their counterparts in China. (The Guardian)

2 Six people have now died in North Korea amid its first covid outbreak
A further 187,800 people are being isolated and treated for the virus. (The Guardian)
+ Africa’s first covid vaccine factory is yet to receive a single order. (NYT $)

4 Crypto detectives are in high demand
Investigators are being hired to track down stolen bitcoin and NFTs. (Vox)
+ How the current crypto crash mirrors the 2008 financial crisis. (Foreign Policy)
+ NFT sales are still plummeting, too. (WSJ $)

5 Instagram’s algorithms are pushing fear and outrage content to new parents
But opting out of seeing posts that elicit knee-jerk reactions isn’t straightforward. (WP $)
+ A Texas law that punishes social media for “censoring” users has been reinstated. (Axios)

6 The FBI purchased Pegasus spyware to aid investigations
The Bureau previously said it bought the hacking tool to test and evaluate it. (NYT $)
+ Google is failing to enforce its own ban on ads for stalkerware. (TR)

7 How Japan lost its global tech head start
Now it’s trying to claw it back. (Rest of World)

8 Thousands of popular websites are tracking your typing
Keyloggers collect keystrokes before you even hit ‘submit’ on a form. (Wired $)
+ Yik Yak, the anonymous social media platform, exposed its users’ locations. (Motherboard)

9 Our understanding of female incels is still murky
Mainly because they aren’t a unified group with defined, shared goals. (The Atlantic $)

10 The primitive bots of the 2000s paved the way for Alexa
And they were a whole lot more fun, too. (Dazed)

+ Wrinkle the duck ran the Long Island marathon (well, one kilometer of it) and was rewarded with his own tiny medal.
+ Danny Boyle’s forthcoming TV series about the Sex Pistols sounds great fun.
+ Barry Webb’s photographs of slime mold organisms are completely fascinating—they look like alien trees.
+ After yesterday’s giant sturgeon, a gigantic endangered stingray has been safely returned to the Mekong River in Cambodia.
+ “BookTok” is undeniably getting more young people into reading.
+ It’s Friday the 13th! Here’s why it’s an unlucky day in some cultures.
+ I’m really not sure about this ice cream flavor.

Previous articleChina and Mexican Drug Cartels Helped Murder 339,849 Americans and Most Politcians Do Not Care
Next articleBitcoin bounces back above $30,000 as investors absorb fallout from Terra
- Advertisement -