The Download: who pays for climate change, and blockchain gaming 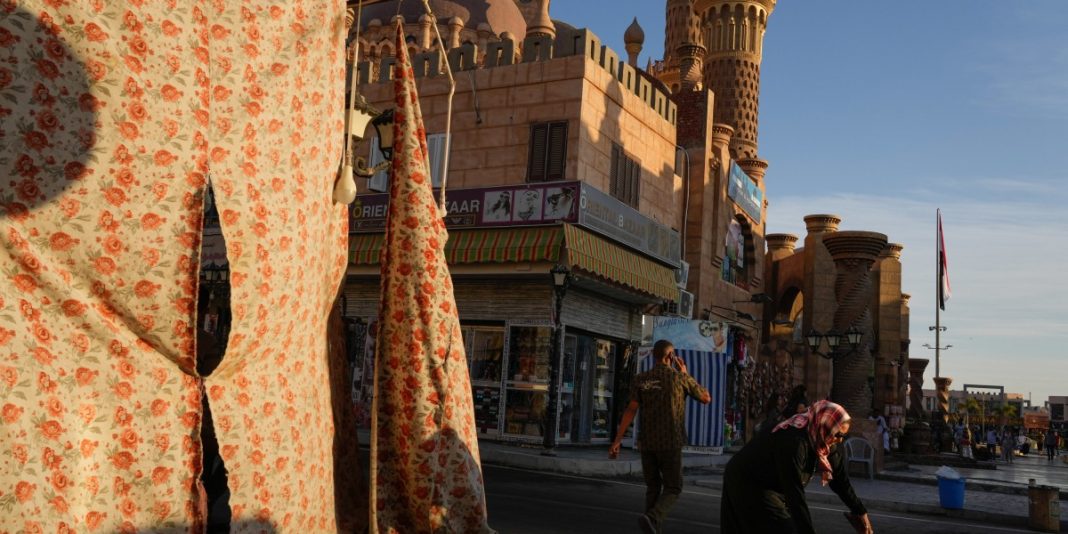 
Dark Forest is a vast universe, and most of it is shrouded in darkness. Your mission, should you choose to accept it, is to venture into the unknown, avoid being destroyed by opposing players who may be lurking in the dark, and build an empire of the planets you discover and can make your own.

The game’s success demonstrates that blockchains can be used in far more interesting and complex ways than simply moving digital money around, something some blockchain champions have been repeating since the technology first emerged.

And it may point to something even more profound: the possibility of a metaverse that isn’t owned by a big tech company. Read the full story.

1 Crypto exchange Binance isn’t buying its rival FTX after all
We still don’t know the full extent of FTX’s financial woes, though. (WSJ $)
+ Nothing and no one in crypto is too big to fail. (NYT $)
+ Crypto markets are even more volatile than normal right now. (Bloomberg $)
+ Meanwhile, crypto is back on the agenda for New York’s new Governor. (The Verge)

2 Why the Republicans’ ‘red wave’ failed to materialize
The specter of Donald Trump and the Dobbs decision loomed large. (Vox)
+ Trumpism’s appeal certainly seems to be waning. (The Atlantic $)
+ Conspiracy theories linked to the results failed to take off, too. (NYT $)
+ That didn’t stop election deniers from trying, though. (Bloomberg $)
+ Here’s how to avoid being tricked by misinformation. (WP $)

3 Brace yourself for a winter of illness
It’s a triple threat of flu, covid, and a respiratory virus. (Wired $)
+ The respiratory bug wave has hit before we have a vaccine. (Slate $)
+ Is a covid and flu “twindemic” on the horizon? (MIT Technology Review)

4 How Donald Trump unwittingly helped the Paris Agreement
His withdrawal from the treaty actually spurred other countries into action. (The Atlantic $)
+ Reparations could finally compensate the hardest-hit nations. (Wired $)
+ Climate action is gaining momentum. So are the disasters. (MIT Technology Review)

5 A viral app has been falsely accused of being a front for sex trafficking
It’s just the latest in a long line of buzzy apps to be targeted by trafficking hoaxes. (WP $)

6 There are fewer ransomware attempts than there used to be
An unwillingness to pay ransoms could be one factor behind the decline. (FT $)
+ The world’s biggest ransomware gang has disappeared from the internet. (MIT Technology Review)

7 Twitter’s sacked workers have been inundated with job offers
Despite the tech hiring freeze, they’re in hot demand. (The Information $)
+ More than 11,000 Meta employees will be joining them. (Motherboard)
+ Twitter’s verification and ‘official’ rollout has been a mess. (WP $)