The Lethal Consequences of Dropping the Ball on Dating Violence 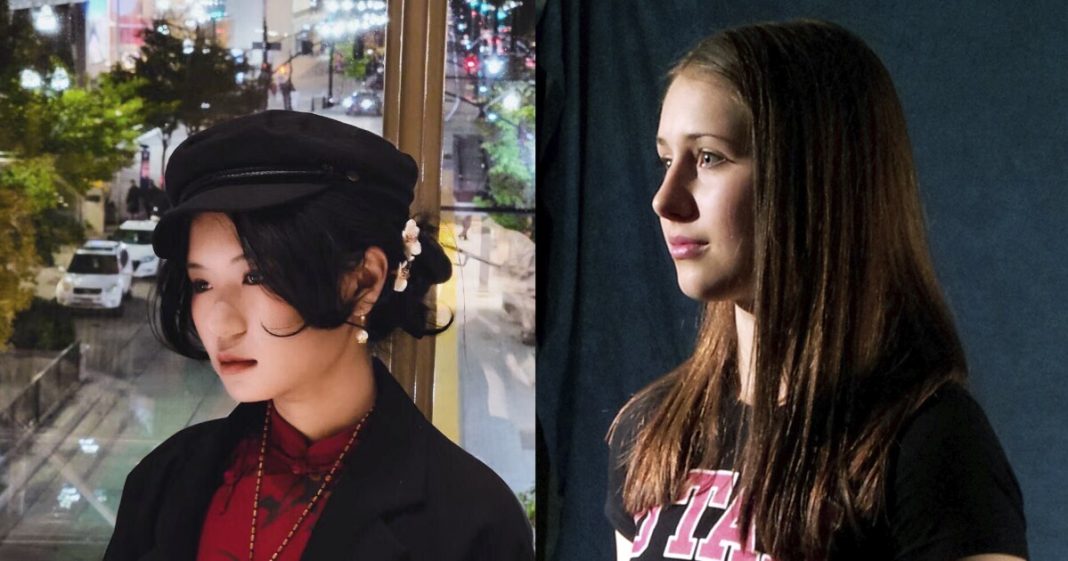 
An angry ex-boyfriend with an explosive temper. An undergraduate terrified of what he might do next. A university that missed the signs that her life was in imminent danger. The elements leading up to Lauren McCluskey’s 2018 murder could have provided a critical case study at the University of Utah, which had pledged to do better for future victims.

Instead, they formed a chilling parallel to another act of intimate-partner violence, this time against Zhifan Dong, a 19-year-old Utah freshman from China. Dong was killed in February in a Salt Lake City motel, allegedly by a fellow student she’d recently broken up with. Haoyu Wang, 26, has been charged with murder, accused of injecting Dong with a fatal dose of heroin and fentanyl. It was not immediately clear whether Wang had entered a plea in the case.

The similarities between the McCluskey and Dong cases are troubling to those who monitor domestic-violence issues. Both women had communicated their fears to the university, which then dropped the ball on communicating with the people who might have intervened.

Documents the university released on Tuesday outline a series of missteps in its handling of Dong’s complaints. They included failing to recognize clear signs of domestic violence even after the local police had issued a protective order against Wang. Wang, who lived one floor above Dong in the same dorm, had hit her during an off-campus altercation after she broke up with him, the police said. Wang told the police that the couple had planned to die together by suicide, according to the documents. She was worried the violence might escalate.

One of Dong’s roommates at the time of her disappearance told The Daily Utah Chronicle that her death had been “absolutely preventable.” Bailey McGartland said Dong was killed a little more than a month after McGartland had helped her file the first of many reports of domestic violence and requests for wellness checks.

Dong’s parents, Junfang Shen and Mingsheng Dong, said in a statement to The Salt Lake Tribune that they had trusted university officials with their daughter’s safety, “and they betrayed that trust.” The statement, translated from Chinese, added that “they knew Zhifan was in serious danger but failed to protect her when she needed it the most.”

Dana Bolger, who co-founded Know Your IX, an advocacy group on Title IX, said in an email message that the latest case at Utah “reflects the trivialization of dating violence, especially when it’s committed against young women of color. Even after #MeToo and so much attention to other forms of gender-based violence, domestic violence still isn’t talked about, isn’t taken seriously. It’s seen as no big deal — until someone’s killed,” she wrote.

Emma Grasso Levine, manager of Know Your IX, said in an email that the latest missteps illustrate “a broader, disturbing trend of schools shirking their responsibility to ensure students can pursue their civil right to an education free from violence.” Staff members must be better trained on how to recognize and respond to the signs of intimate-partner violence, she added.

Utah’s president, Taylor R. Randall, issued a statement on Tuesday saying that the university had worked hard to ensure Dong’s safety and to reach out to Wang, who Dong said had been making suicidal threats. Still, former members of the university’s housing-services staff delayed notifying the university police of indications Dong was in trouble. The university needed to do a better job, Randall wrote, in training housing employees and improving communication. Among the missteps, staff members who tried to call Wang were dialing the wrong number. Dorm staffers didn’t contact the police until after Dong’s roommate said she hadn’t seen Dong in about 10 days.

The university has taken “corrective action” against four employees who no longer work for the university, according to the documents released this week.

In one memo the university faulted its housing staff for failing to contact the proper authorities after learning that a male student had “shoved” his girlfriend. That should have been reported to the university’s affirmative-action office and its Behavioral Intervention Team, according to mandatory training on domestic violence that the employees had attended. A welfare check should have been requested, which would have elevated the urgency of the situation and gotten the police involved, the memo said.

Since then, the university has updated and clarified emergency procedures for housing staff members, streamlined and improved how they report among themselves and with the university police, and hired a new housing executive director, the documents show.

Since McCluskey was shot to death, in 2018, by a man she had dated and warned the university about, it has made “broad, sweeping changes” in its safety practices, Randall wrote. That includes recruiting new police officers and improving investigative practices and training in interpersonal-violence intervention.

The man who killed McCluskey, Melvin Shawn Rowland, had stalked her, sent texts from fake phone numbers, and extorted her. Rowland, who was not a Utah student, later shot and killed himself.

Kimmi Wolf, a spokesperson for the Utah Domestic Violence Coalition, said, in an email to The Chronicle, that since McCluskey was killed, the university has a new director of public safety, chief of police, and president. She said that while there’s room for improvement, “the university’s acknowledgment of shortcomings shows a willingness to learn and create proactive measures to ensure the safety of all students.”

Still, she said, when victims request help, “there is no room for silos or a lack of open communication, especially when the victim is in midcrisis.” She added that “Ms. Dong had concerns that needed to be heard and elevated to systems that could have provided her with the intervention methods necessary to protect her. For me, that is one of the most troubling and heart-wrenching aspects of this case.”