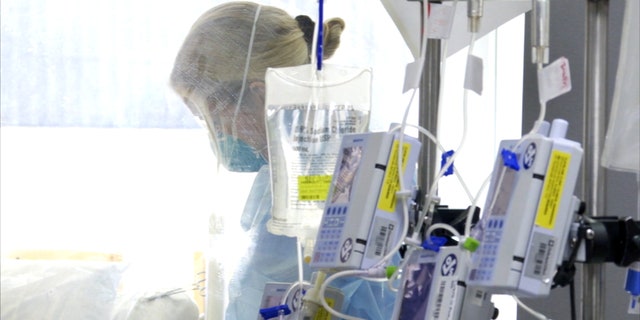 CLEVELAND, Ohio – As pandemic restrictions are lifted across the U.S., millions of immunocompromised Americans feel they’re in limbo, unsure about how safe they really are.

It’s estimated that 7 million Americans — 2.7% of the population — are immunocompromised, though they make up between 40-44% of serious breakthrough COVID infections, according to the Centers for Disease Control and Prevention. People with organ transplants, cancer, HIV, autoimmune diseases and other immunity-compromising conditions are considered at greater risk.

The CDC estimates at least 7 million Americans — 2.7% of the population — are immunocompromised, though they make up between 40-44% of serious breakthrough infections.
(Cleveland Clinic)

Mike Olsen, a lung transplant recipient, told Fox News he continues to live life on high alert because of his weakened immune system.

“People can still spread the virus to someone like me, who’s immune suppressed. They don’t realize they can,” Olsen said. “When they take off their masks that puts me in a predicament where I have to be more extra careful now in public.”

COVID LOCKDOWNS MAY BE ENDING, BUT WE ARE FOREVER CHANGED

Vaccines would ordinarily reduce the risk of infection and severe illness, but many immunocompromised people barely respond to the COVID shots, according to Dr. Abhijit Duggal, a pulmonary medicine specialist at the Cleveland Clinic. Some people with autoimmune disorders cannot be fully vaccinated because their initial doses led to severe flare-ups of their normal symptoms.

“They have a higher risk of getting sick enough to come to the hospital more often, needing the ICU more often,” Duggal said. “I know it’s difficult two years into the pandemic. But because we are unsure about the risk for these populations, we need to be mindful that we protect them.”

Vaccines should substantially slash the risk of infection, but many immunocompromised people barely respond to the vaccination.
(Stephen Goin)

New immune therapies could offer hope to the immune compromised. Evusheld, a two-antibody cocktail from AstraZeneca, can reduce the risk of developing COVID. And while it is less effective against COVID’S omicron variant, it is still protective. The FDA issued an emergency use authorization for the cocktail to prevent infections in immunocompromised people.

However, these drugs are in short supply. The government has ordered only 1.7 million doses of Evusheld and distributed 400,000. The U.S. has at least 7 million immunocompromised adults.