This government lab in Idaho is researching fusion, the ‘holy grail’ of clean energy, as billions pour into the space 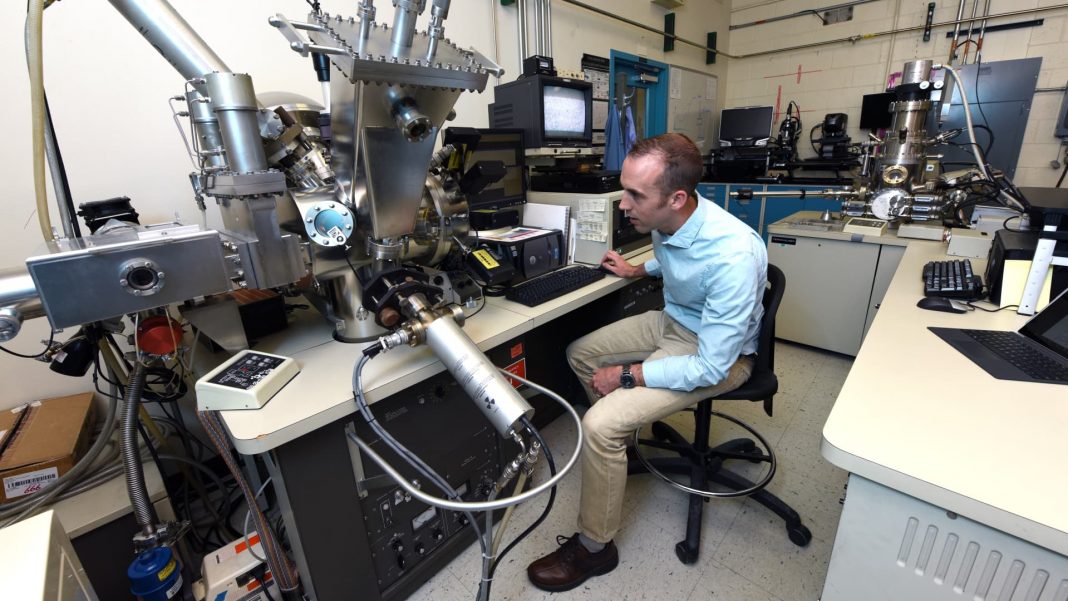 This is a close up view of an X-ray Photoelectron Spectroscopy system being used at the Idaho National Lab measuring surface chemistry on a potential candidate material to use for fusion.

Masashi Shimada has been researching nuclear fusion since 2000, when he joined the graduate program at University of California San Diego. He’s currently the lead scientist at the Safety and Tritium Applied Research (STAR) facility in Idaho National Laboratory, one of the federal government’s premier scientific research laboratories.

The field has changed a lot.

Early on in his career, fusion was often the butt of jokes, if it was discussed at all. “Fusion is the energy of future and always will be” was the crack Shimada heard all the time.

But that’s changing. Dozens of start-ups have raised almost $4 billion in private funding, according to the Fusion Industry Association, an industry trade group.

Investors and Secretary of the Department of Energy Jennifer Granholm have called fusion energy the “holy grail” of clean energy, with the potential to provide nearly limitless energy without releasing any greenhouse gasses and without the same kind of long-lasting radioactive waste that nuclear fission has.

“If you talk to young people, they believe in fusion. They are going to make it. They have a very positive, optimistic mindset,” Shimada said.

For his part, Shimada and his team are doing research now into the management of tritium, a popular fuel that many fusion start-ups are pursuing, in hopes of setting up the U.S. for a bold new fusion industry.

“As part of the government’s new ‘bold vision’ for fusion commercialization, tritium handling and production will be a key part of their scientific research,” Andrew Holland, CEO of the Fusion Industry Association told CNBC.

Fusion is a nuclear reaction when two lighter atomic nuclei are pushed together to form a single heavier nucleus, releasing “massive amounts of energy.” It’s how the sun is powered. But controlling fusion reactions on Earth is a complicated and delicate process.

In many cases, the fuels for a fusion reaction are deuterium and tritium, which are both forms of hydrogen, the most abundant element in the universe.

Deuterium is very common and can be found in sea water. If fusion is achieved at scale on Earth, one gallon of sea water would have enough deuterium to make as much energy as 300 gallons of gasoline, according to the Department of Energy.

Tritium, however, is not common on Earth and has to be produced. Shimada and his team of researchers at the Idaho National Lab have a small tritium lab 55 miles west of Idaho Falls, Idaho, where they study how to produce the isotope.

“Since tritium is not available in nature, we have to create it,” Shimada told CNBC.

Currently, most of the tritium the United States uses comes from Canada’s national nuclear laboratory, Shimada said. “But we really cannot rely on those supplies. Because once you use it, if you don’t recycle, you basically use up all the tritium,” Shimada said. “So we have to create tritium while we are running a fusion reactor.”

There’s enough tritium to support pilot fusion projects and research, but commercializing it would require hundreds of reactors, Shimada said.

“That’s why we have to invest right now on tritium fuel cycle technologies” to create and recycle tritium.

A scientist at Idaho National Lab, Chase Taylor, measuring the surface chemistry of a potential material to use in fusion with X-ray Photoelectron Spectroscopy.

Tritium is radioactive, but not in the same way that the fuel for nuclear fission reactors is.

“Tritium’s radioactive decay takes the form of a weak beta emitter. This type of radiation can be blocked by a few centimeters of water,” Jonathan Cobb, spokesperson for the World Nuclear Association, told CNBC.

The half-life, or time it takes for half of a radioactive material to decay, is about 12 years for tritum, and when it decays, the product released is helium, which is not radioactive, Cobb explained.

By comparison, the nuclear fission reaction splits uranium into products such as iodine, cesium, strontium, xenon and barium, which themselves are radioactive and have half-lives that range from days to tens of thousands of years.

That said, it is still necessary to study the behavior of tritium because it is radioactive. In particular, the Idaho National Lab studies how tritium interacts with the material that is used to build a fusion-containing machine. In many cases, this is a donut-shaped machine called a tokamak.

For a fusion reaction to occur, the fuel sources have to be heated up into a plasma, the fourth state of matter. These reactions happen at exceptionally high temperatures, as high as 100 million degrees, which can potentially impact how much and how fast tritium can get into the material holding the plasma, Shimada said.

Most fusion reaction containers are made of a special stainless steel with a thin layer of tungsten on the inside. “Tungsten has been chosen because it has the lowest tritium solubility in all elements in the periodic table,” Shimada said.

But the high-energy neutrons being generated from the fusion reaction can cause radiation damage even in tungsten.

Here, at the Idaho National Lab, a collaborator from Sandia National Laboratories, Rob Kolasinski, is working with a glove box for the Tritium Plasma Experiment.

The team’s research is meant to give fusion companies a dataset to figure out when that might happen, so they can establish and measure the safety of their programs.

“We can make a fusion reaction for 5, 10 seconds probably without too much worry” about the material that would be used to contain the fusion reaction, Shimada told CNBC. But for commercial-scale energy production, a fusion reaction would need to be maintained at high temperatures for years at a time.

“The goal of our research is to help the designer of fusion reactors predict when the tritium accumulation in the materials and tritium permeation through the vessel reach unacceptable levels,” Shimada told CNBC. “This way we can set protocols to heat the materials (i.e., bake-out) and remove tritium from the vessel to reduce the risks of potential tritium release in the case of an accident.”

While Idaho National Lab is investigating the behavior of tritium to establish safety standards for the burgeoning industry, its waste is a lot less problematic than today’s fission-powered nuclear facilities. The federal government has been studying how to create a permanent repository for fission-based waste for more than 40 years, and has yet to come up with solution.

“Fusion does not create any long-lived radioactive nuclear waste. This is one of the advantages of fusion reactors over fission reactors,” Shimada told CNBC.