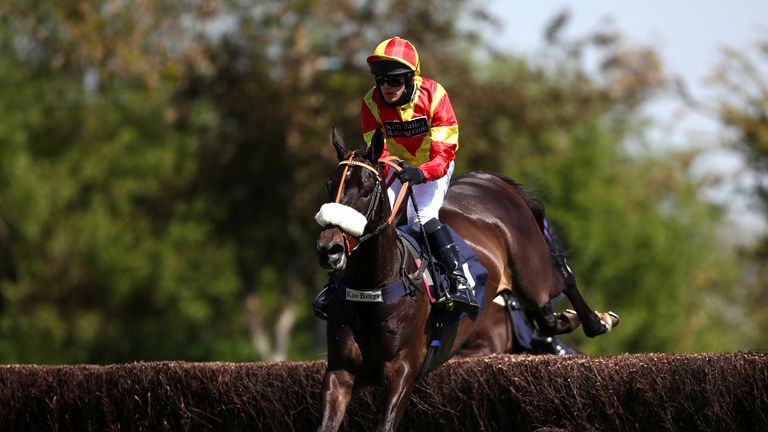 
A family favourite will bid for a famous four-timer at Ffos Las on Thursday, live on Sky Sports Racing, while Anthony Honeyball chases a hat-trick over the jumps at Uttoxeter.

Gats And Co, owned and trained by David Brace and ridden by grandson Connor, has enjoyed a sparkling start to 2022, winning three of his four starts and notching a treble at Chepstow in the process.

The seven-year-old stays in Wales but heads west to Ffos Las for the 3As Leisure Handicap Chase (6.25) where he will face three rivals.

Kim Bailey’s The Bull McCabe was a winner last time out at Cheltenham’s April meeting in what was his first start since October so could well be open to further improvement.

Ruthless Article was deemed good enough by trainer Rebecca Curtis to contest a Cheltenham Festival handicap two years ago and makes his first start since November, having run well during a campaign over fences last summer, including scoring at Aintree in June. Tim Vaughan’s Cape Robin completes the field.

Uttoxeter’s afternoon jumps card kicks off with an unbeaten hurdling star from the Anthony Honeyball yard as Fountains Chief goes for three in a row in the Lexus Stoke Novices’ Hurdle (1.07).

After being just narrowly held by Cuban Court in a bumper at Fontwell in April, the six-year-old son of Native Ruler was quickly upped in trip to two-and-a-half miles to score twice in May – at Fontwell and Worcester.

He faces a double penalty now and tackles a new test of just under three miles but remains the one to beat.

Donald McCain is also represented by an unbeaten hurdler with Toughasoldboots looking to follow up on last month’s success at Huntingdon. Olly Murphy hands 10lb claimer the ride on point-to-point winner Blueberry High, who makes her first start under Rules.

Last-time winner Story Of Friends and De Barley Basket meet in the In Memory Of Simon Peacock Handicap Chase (2.52) at Uttoxeter.

Ben Pauling’s De Barley Basket failed to score in five starts over hurdles but seems to relish the larger obstacles, winning three of his five appearances over fences, including when defying a 518-day break at Worcester last time.

Former David Pipe-trained eight-year-old Story Of Friends won on his third start in Hunter Chase company for new handler Syd Hosie at Newton Abbot eight days ago and heads here over a similar option at Newton Abbot on Wednesday.

Among those making their chase debut in the Brit Plant Direct Mares’ Handicap Chase (3.27) is Oliver Greenall’s Blue Collar Glory, who got off the mark over hurdles at the sixth attempt at Sedgefield last month. La Domaniale switches to the larger obstacles and drops back to two-and-a-half miles after failing to score in six career starts so far.

Watch every race from Ffos Las and Uttoxeter live only on Sky Sports Racing (Sky 415 | Virgin 535) on Thursday, June 2.