Tottenham 5-0 Everton: Jamie Carragher says Frank Lampard’s side are ‘so weak’ they could be relegated 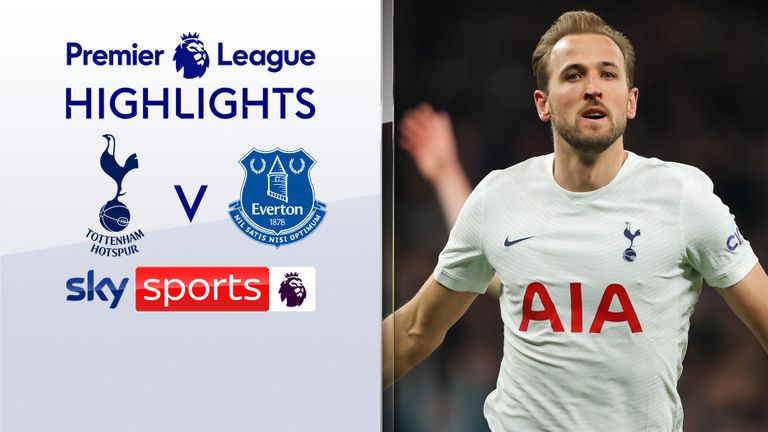 
Jamie Carragher says it is the first time in his life he thinks Everton have a “real chance” of being relegated from the Premier League after an embarrassing 5-0 defeat at Spurs.

The humiliating loss in north London leaves Frank Lampard’s side just one point and one place above the relegation zone, with a game in hand on 18th-placed Burnley.

Everton were last relegated from the top flight in 1951 but the loss at Tottenham now raises serious doubts about their Premier League status.

Carragher is particularly concerned at the side’s heart and stomach for the relegation scrap ahead.

Speaking on Monday Night Football, Carragher told Sky Sports: “When you see a team who are the worst in the league away from home, the first thing that comes to mind is that they’re weak or they’re soft. That can never be Everton – it can’t.

“If Everton aren’t going to be good enough, it can be quality and they’re not. That back four is miles away, it’s Championship level.

“But for Everton not to be physical, aggressive and making it tough – that’s what Everton have always been, even when they’ve not been at their best. Fundamentally, this group of players and this club is so weak now.

“The lack of athleticism in that Everton team is frightening. When you look at the midfield, Allan can’t run. (Donny) Van de Beek can’t run. None of the back four can run. Harry Kane was running past Michael Keane for one of the goals.

“They’re weak physically and it’s a massive problem for them going forward.”

Everton’s next two matches are both at Goodison Park as they play Wolves on Sunday before facing fellow relegation strugglers Newcastle on March 17.

“When I look at those home games against Wolves and Newcastle,” Carragher said, “you’d say Everton should be looking to get four points from that. I think that’s possible, but if Everton got one point in those two games, I think it would be the first time in my life I’ve ever thought Everton could go down.

“Even going back to some of the worst teams I’ve ever seen in the early 90s, you never believed Everton would go down. If the next two home games don’t go well, I think Everton have got a massive problem.

“Not just this season, but what is going on in the club as a whole. What’s going on with (Alisher) Usmanov behind the scenes, what’s going on with the stadium, they were on Financial Fair Play at the start of the season as it was, which was why they couldn’t bring any players in.

“If you’re an Everton supporter, it’s one of the worst times that it’s been because there are other things in the background and how much relegation could affect Everton.

“The last five games of the season are absolutely horrific. Chelsea are in there, Liverpool are in there, but it’s the first time I’ve thought Everton have a real chance of going down.

“The only thing that will keep this team up and what I think will keep them up is Goodison Park.

“One of the reasons that I think it was right to take Frank Lampard at the time was he was the one candidate the supporters bought into and happy he was taking charge.

“It’s not been a great start but there’s been an energy at Goodison. They have eight games at home [in the remainder of the season] because you can’t see them picking up a point away from home.”

Lampard: Issues becoming clearer to me

Since being appointed as Everton manager, Lampard has lost four of his five league matches in charge with his only victory coming at home against fellow relegation rivals Leeds.

The Englishman took over from Rafael Benitez, with the club in 16th, four points above the relegation zone, but just over a month into Lamaprd’s reign, Everton are now 17th and a point above the bottom three. 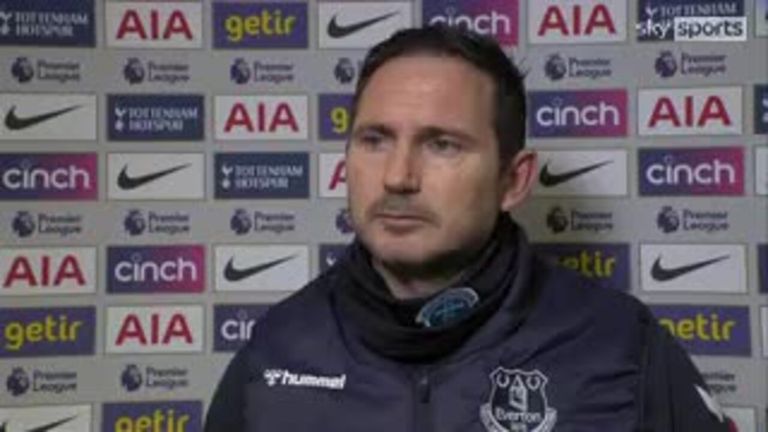 He told Sky Sports after the defeat at Spurs: “We were well-beaten. We started alright for 15 minutes or so but we didn’t deal with their counter-attacks well enough.

“At 3-0 it’s horrible for any team to try and get back into a game because the momentum is completely gone. Individual moments of bad mistakes and bad defending.

“We have to think of the bigger picture. There’s 13 games for us, eight of those at home and teams around us are having difficulties and that’s where we’re at.”

“Before I came in there were issues, which are becoming more clearer to me every day.

“But the important thing as I lead it, is that the positivity stays. There’s nothing positive about tonight, other than Anthony Gordon and a couple of performances of credit in terms of people that didn’t give up. 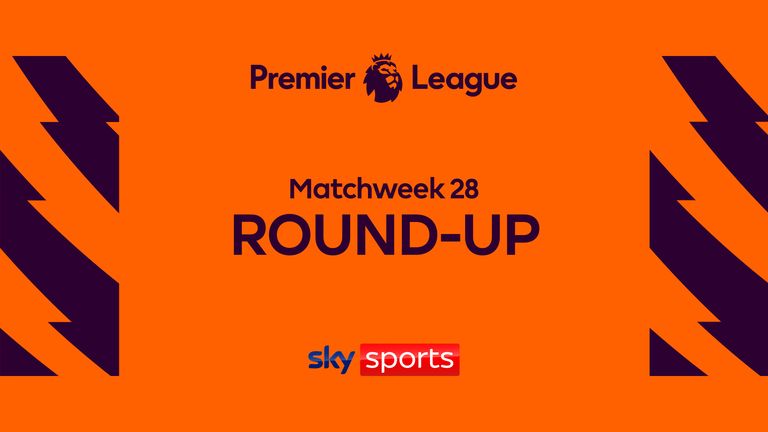 “It gives me a lot of food for thought going forwards.

“I’ve got no problem with the challenge because I did know exactly what it was.

“We’ve had some really good performances, the general feeling around the club has been very good – and we can’t lose that now.

“It will be hard because people will throw some stuff at us for one-off game but what we’re doing at Goodison and the fans there has been a big deal and we will need that going forward.”

Is it time for Everton to start Dele?

Frank Lampard waited another 14 minutes after Harry Kane had scored Tottenham’s fifth before he turned to Tottenham’s one-time favourite.

Dele Alli was the poster boy of the cherished team Mauricio Pochettino built, but the feeling is that professional life stifled his joy of playing. It is the only way of explaining how he has ended up at Everton.

He enjoyed a meteoric rise under Pochettino having arrived as a precocious 19-year-old in the summer of 2015 but he only scored nine times in Tottenham’s new stadium before his departure for an initial free transfer at the end of January.

That he failed to fulfil his rich talent in the white of Tottenham is a source of frustration and regret for the majority of those who filled the stands on Monday night, but he must show his hunger to prove he belongs at the highest level again.

Tottenham’s running stats have shot up since Antonio Conte’s arrival but it is a curiosity that Alli didn’t therefore thrive under the Italian, given how he excelled in this category among his peers at MK Dons and notably under Pochettino, who recognised him as the fittest member of his squad.

Lampard resisted calls for a first start but there were flashes of his craft in a cameo which eventually came 24 minutes into the second half. By then, the damage had been done long before. This is a poor Everton side he has landed in midway through a season.

At times, he looked all alone on the pitch as he was instructed to play off Richarlison, chasing a lost cause.

The world wants to see Alli back playing with a smile on his face and having fun, but he has walked into a bad situation at Everton. Only once safety is secured will we see his old, infectious ways but he will expect to start soon judging by the wretched performance of those who failed at Tottenham.

Previous articleSHOCK VIDEO: Lead Russian Negotiator Caught on Tape Bragging About How Iran, Russia and China Teamed Up to Screw US and Deliver Huge Wins for Iranian Nuclear Program
Next articleInternational Women’s Day: Woman of Steel Jodie Cunningham on breaking the bias in her rugby league career
- Advertisement -