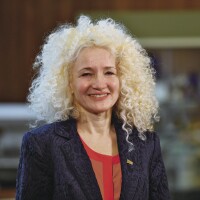 Nuno Fernandes, president and chief executive of Ilumno, an online program manager, has been named president of the American Public University system.

Radenka Maric, interim president of the University of Connecticut since February, has been named to the post permanently.

Garry Moore, chair of the Board of Governors of Bluefield State University, in West Virginia, has been named the university’s first chancellor.

Deborah Prentice, provost of Princeton University, has been named vice chancellor of Britain’s University of Cambridge. She will be the first American in the post.

Jordan Rushton, interim president since April of Dixie Technical College, in Utah, has been named to the post permanently.

Brock Tessman, deputy commissioner of higher education for the Montana University system, has been named president of Northern Michigan University.

Stacy Volnick, chief operating officer of Florida Atlantic University, has been named interim president. She will succeed John Kelly after he steps down at the end of the year.

Hilary Link, president of Allegheny College, in Pennsylvania, has stepped down. She became the college’s first female president in 2019.

Kenneth K. Quigley Jr., president of Curry College, in Massachusetts, will step down next year after 27 years in the post.

Retirements
Scott Bierman, president since 2009 of Beloit College, in Wisconsin, plans to retire at the end of the academic year.

Laura Coleman, president of Bay College, in Michigan, plans to retire in June 2023.

Katherine Conway-Turner, president since 2014 of Buffalo State College, part of the State University of New York system, plans to retire at the end of the 2022-23 academic year.

CHIEF ACADEMIC OFFICERS
Appointments
Tim Flattery, dean of undergraduate studies at the College for Creative Studies, in Michigan, has been named provost and vice president for academic affairs.

David Gregory, dean of the College of Pharmacy at Belmont University, in Tennessee, and interim provost since June, has been named executive vice president for academic affairs and provost.

OTHER TOP ADMINISTRATORS
Appointments
James D. Jorgensen, senior counsel at Husch Blackwell LLP, in Denver, and a former associate counsel and deputy general counsel at the University of Iowa, has been named the university’s general counsel.

DEANS
Appointments
KinHo Chan, a founding faculty member at the Fulbright University of Vietnam, has been named dean of engaged education at Hamilton College, in New York.

Jennifer S. Conrad, a professor of finance in the Kenan-Flagler Business School at the University of North Carolina at Chapel Hill, has been named interim dean of the business school following Douglas A. Shackelford’s departure.

Andrea A. Hayes Dixon, chair of the department of surgery at Howard University, in Washington, D.C., has been named dean of the College of Medicine. She is the first Black woman to serve as dean of the college.

Alan Kramer, acting dean of students at Abraham Baldwin Agricultural College, in Georgia, has been named assistant vice president for student affairs and dean of students.

Jennifer K. Rushlow, faculty director of the Environmental Law Center at the Vermont Law and Graduate School, will also serve as dean of the institution’s new Vermont School for the Environment.

Dirk Standen, a professor of fashion marketing and management at the Savannah College of Art and Design, in Georgia, has been named dean of its School of Fashion.

Deborah Perron Tollefsen, a professor of philosophy at the University of Memphis, has been named vice provost and dean of its Graduate School.

Resignations
Michelle Addington, dean of the School of Architecture at the University of Texas at Austin, plans to step down at the end of the 2022-23 academic year.

Ronald Caltabiano, dean of the School of Music at DePaul University, in Illinois, stepped down in September.

Toni-Marie Montgomery, dean of the Henry and Leigh Bienen School of Music at Northwestern University since 2003, will step down at the end of the 2022-23 academic year.

Retirements
Christopher Moore, dean of the Sargent College of Health and Rehabilitation Sciences at Boston University, plans to retire at the end of the 2022-23 academic year.

DEPARTMENT CHAIRS
Appointments
Deepto Chakrabarty, a professor of physics and principal investigator in the Kavli Institute for Astrophysics and Space Research at the Massachusetts Institute of Technology, has been named head of the department of physics.

Everard Williams, a professor in the photography and imaging department at the ArtCenter College of Design, in California, has been named chair of the department. He is the college’s first Black undergraduate department chair.

OTHER ADMINISTRATORS
Appointments
Goker Aydin, a professor of operations management and business analytics in the Carey Business School at the Johns Hopkins University, has been named vice dean of faculty and research.

Rick Barth, associate vice president for enrollment and student-support services at Athens State University, in Alabama, has been named director of undergraduate admissions at Clemson University, in South Carolina.

Malisa Lee, associate vice president at California State University at Fresno, has been named vice provost for enrollment management at the University of California at Davis.

Jane Monaco, an associate professor of biostatistics at the Gillings School of Global Public Health at the University of North Carolina at Chapel Hill, has been named assistant dean of undergraduate-degree programs.

Bandana Purkayastha, a professor and former head of the department of sociology in the College of Liberal Arts and Sciences at the University of Connecticut, has been named associate dean of social sciences, regional campuses, and community engagement.

Melissa Sinclair, director of development for major gifts in the College of Health and Human Services at the University of North Carolina at Wilmington, has been named the university’s assistant vice chancellor for major gifts.

Heather Stephens, an associate professor of resource economics and management in the Davis College of Agriculture, Natural Resources, and Design at West Virginia University, has been named director of the university’s Regional Research Institute.

Jeffrey Wehrung, special assistant to the provost at Black Hills State University, in South Dakota, has been named associate dean in the College of Business at Kutztown University of Pennsylvania.

ORGANIZATIONS
Appointments
Michelle Asha Cooper, deputy under secretary at the U.S. Department of Education, has been named vice president for public policy and executive director of the Washington, D.C., office of the Lumina Foundation.

Kimberly A. Jones, executive vice president of the Council for Opportunity in Education, has been named its president.

Retirements
Terry W. Hartle, senior vice president for government relations and public affairs at the American Council on Education, will retire at the end of the year.

DEATHS
Leonard Cole, an adjunct professor of emergency medicine at Rutgers University at Newark, died on September 18. He was 89. Cole was the founding director of the university’s program on terror medicine.

Russell Edgerton, a former president of the American Association for Higher Education and director of the Pew Forum on Undergraduate Learning, died of Parkinson’s disease on September 21. He was 84.

Walter M. Haney, a retired professor in the Lynch School of Education and Human Development at Boston College, died on August 31. He was 76.

Saul Kripke, a former distinguished professor of philosophy and computer science at the City University of New York Graduate Center, died on September 15. He was 81. Kripke’s work Naming and Necessity (1972) established him as a leading philosopher; the CUNY Graduate Center created the Saul Kripke Center in 2007.

Maarten Schmidt, a professor emeritus of astronomy at the California Institute of Technology, died on September 17. He was 92. In 1963, Schmidt was the first astronomer to identify a quasar.

Jan van Eys, a clinical professor emeritus of pediatrics at Vanderbilt University, died on September 24. He was 93.

Submit items for Gazette to people@chronicle.com.

Previous articlePay Raises, Massages, and Free Food: Can Colleges Lift Employees’ Morale?
Next article‘It Could Have Been Worse’: Higher Ed Reacts to Ben Sasse at U. of Florida
- Advertisement -