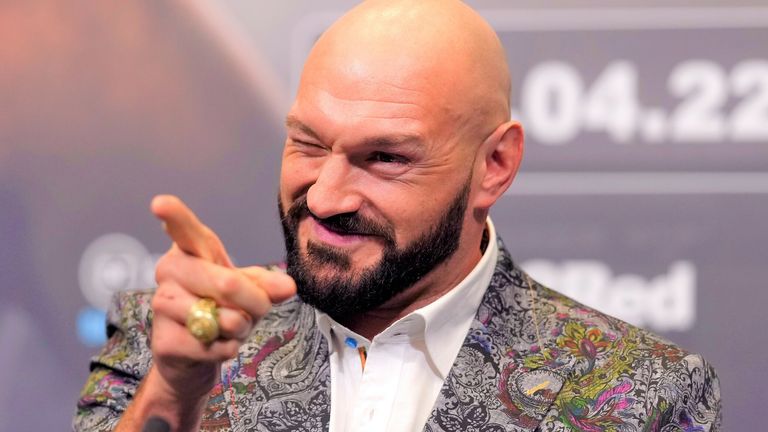 
Tyson Fury has suggested he will retire on “a massive yacht abroad” after his heavyweight title clash with Dillian Whyte.

The British duo narrowly beat a deadline last week to sign their contracts for the highly anticipated bout at Wembley on April 23, live on BT Box Office, which will see Fury fight in England for the first time since 2018.

Fury, 33, was then expected to face the winner of Anthony Joshua’s rematch with Oleksandr Usyk later this year.

But on Tuesday, Fury said: “This is the final fight of my career, I’m retiring after this, $150m in the bank, healthy, young, I’m gonna buy a massive yacht abroad. I’m retiring, I’m out, this is my final fight, I’m done.”

Fury was speaking at a press conference to launch the fight with Whyte, who opted to remain at his training camp in Portugal.

“He has definitely shown a white flag today,” Fury said, after facing the media alone. “All this social media stuff, ‘I’m not promoting the fight, I’m not getting involved in mind games.’

“He’s given me that much more confidence it’s unbelievable.

“He’s terrified. He’s definitely showing the white flag in my estimation of this fight.

“The way he’s going on about it, saying he doesn’t want to go face-to-face, of course he doesn’t, because he’ll see that fire in my eyes and he’ll think, ‘I’m getting smashed to bits’.

“That’s what it is, it’s fear, it’s terror. It’s all of the above and I don’t blame him for not being here today.”

‘Whyte will try to chin me’

The Brixton man secured his WBC mandatory title shot after knocking out Alexander Povetkin in a rematch last March, while Fury retained his WBC belt with an 11th-round knockout of Deontay Wilder in October.

Fury acknowledged the danger Whyte will pose in the ring, but insists he will use the opportunity to showcase his talents.

“I’m looking to show the people and the boxing fraternity how good I really am, and what better opponent to do it against than a man who’s been calling for the fight for 352 years,” Fury said. 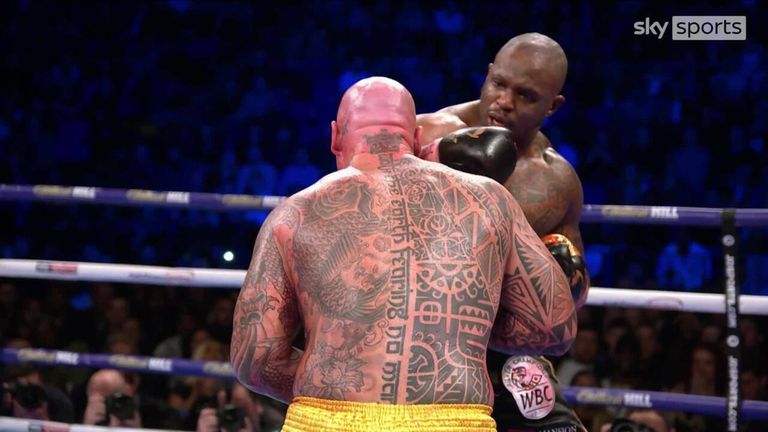 Dillian Whyte has shown in the past he has heavy hands that can KO any heavyweight. Should Tyson Fury fear him?

“I fought some tasty competitors over the years. I know Dillian Whyte, we go back a long way. We go back to like 2012. He’s a tough guy, he’s a good, game fighter. He will bring what he can and he will try and chin me, that’s a fact.

‘Whyte similar to Chisora | I can handle that style’

One of few mutual opponents for the pair during their careers has been fellow Brit Derek Chisora, who both have beaten on two separate occasions. 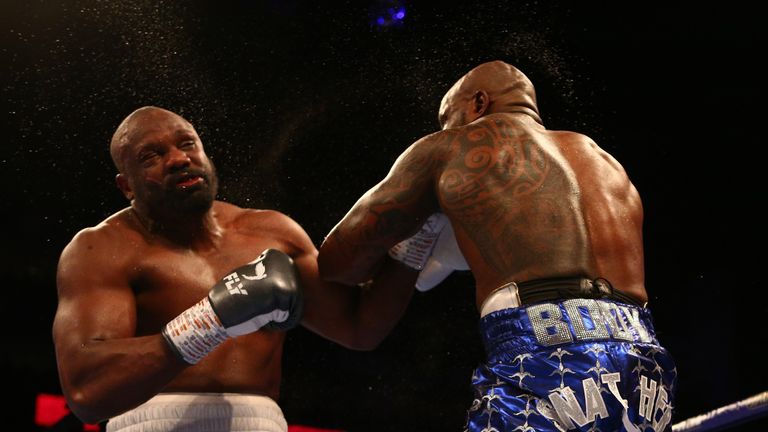 Dillian Whyte knocks out Derek Chisora with a huge left hook in November 2018.

Fury says he sees similarities between Whyte and Chisora, who shared highly competitive encounters in 2016 and 2018, which adds to his confidence ahead of the bout.

“I think they’re both pretty similar,” Fury said. “They had two good fights together.

“It was nip and tuck in the first, I actually thought Derek nicked the fight by a few rounds. The second fight was going Derek’s way as well, and he obviously got chinned late.

“Very, very close competitive fights. I think they’re very similar in stature, weight, and in style, and I’ve handled that style plenty before.”

Sky customers will be able to buy the fight between Tyson Fury and Dillian Whyte on BT Box Office through Sky.