U.S. Cancels $5.8 Billion in Student Loans, the Most Ever 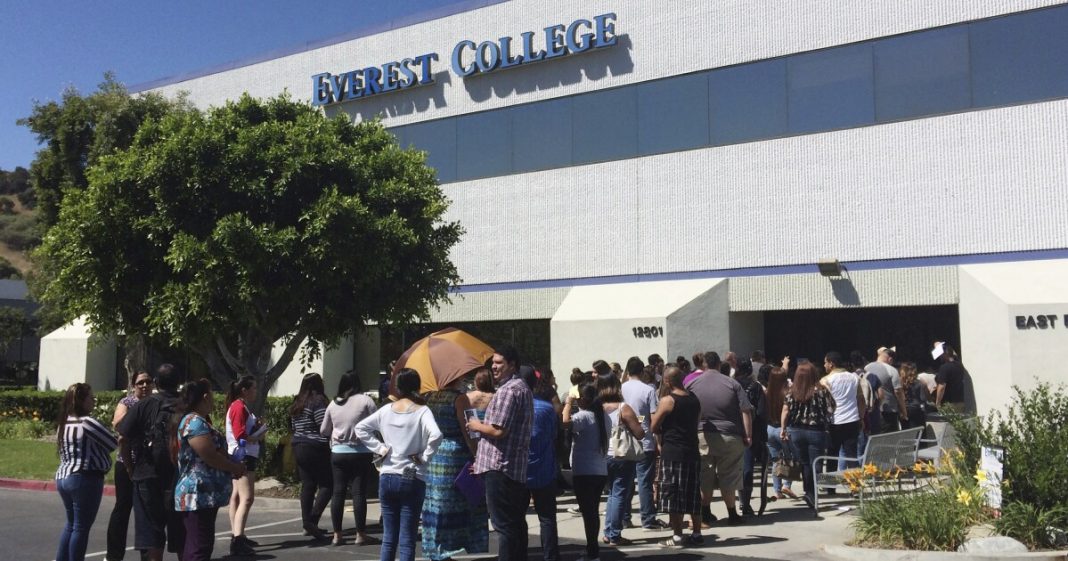 
The U.S. Education Department announced on Wednesday that it would cancel $5.8 billion worth of student loans owed by borrowers who attended the Corinthian Colleges, a now-defunct chain of for-profit institutions.

It’s the largest student-loan discharge that the department has ever made at one time, according to a news release, and affects 560,000 borrowers.

The announcement comes as pressure mounts on the Biden administration to take more-sweeping action on student debt. In recent weeks, the president has reportedly signaled a willingness to cancel $10,000 in student-loan debt for all borrowers who make less than $150,000 a year.

The mass cancellation of Corinthian loans is perhaps the final chapter in a nearly two-decade-long saga involving the for-profit chain, which once operated more than 100 campuses across the country. The department noted in Wednesday’s release that Vice President Kamala Harris investigated and sued Corinthian for misleading students in 2013, when she was California’s attorney general.

Harris’s findings — which highlighted Corinthian’s sketchy practice of falsely telling students that some programs had a 100-percent job-placement rate — formed the basis of a larger investigation by the Obama administration’s Education Department in 2014. After that investigation, federal officials subjected the campuses to additional review before they could receive federal financial aid, setting off a cash-flow crisis for the company. The department then reached an agreement with the company to sell nearly all of its campuses.

In 2015, after facing a $30-million fine from the department, Corinthian shut down and closed its remaining campuses because it couldn’t find a buyer for them. (Harris’s office in California had declined to waive future liability for potential buyers.) The campus closures left thousands of students scrambling. The following year, Harris won a $1.1 billion judgment against Corinthian.

Since 2015, the Education Department has handled loan forgiveness in a piecemeal way for former Corinthian students. Those borrowers have had to apply for relief through a government process known as borrower defense, which allows people to petition the department for loan forgiveness if they feel they were misled by their colleges.

But under former Education Secretary Betsy DeVos, the department tightened its rules for borrower-defense claims and rejected thousands of applications for relief. DeVos alleged that the Obama administration had essentially been doling out “free money” and said her approach restored “fairness” to the loan-forgiveness process.

All Corinthian borrowers will now have their loans forgiven automatically, with no need to take further action, according to the department.

In 2019, the Trump administration’s Securities and Exchange Commission settled with the former chief executive of Corinthian, imposing a civil penalty of $80,000.